"Ex-gay" provocateur Milo Yiannopoulos is out of a job after Censored.TV reportedly lays off its entire staff 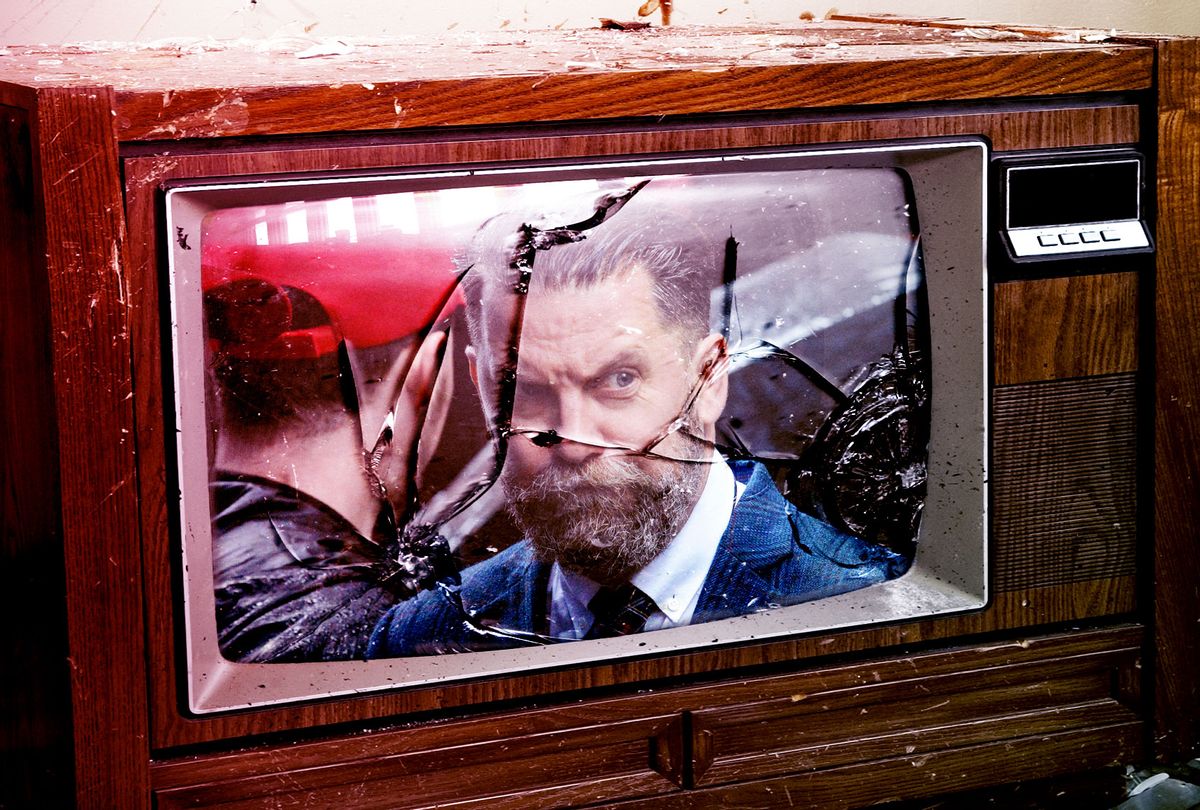 The right-wing media company Censored.TV, launched by Proud Boys founder (and VICE Media co-founder) Gavin McInnes in 2019, is "laying off all its staff," according to one of its hosts, onetime alt-right superstar Milo Yiannopoulos. For the moment, however, the site remains live. Censored.TV website hosts content posted by various conservative personalities behind a paywall, accessible to subscribers who pay $10 a month.

It remains unclear whether the site will keep trying to produce content without paid staff or will close down. "Sad news! You may have heard the rumors that Censored.TV is laying off all its staff," Yiannopoulos wrote on Telegram on Wednesday morning. "This week, I was told there's no longer enough money for my producer, despite the thousands of subscribers I've brought into the network. I love Gavin and will always be grateful to him for hosting my show when no one else would. In the meantime, I am entirely without any regular source of income. ...They paid me late 11 months out of the last 12, so I suppose I should have seen it coming." 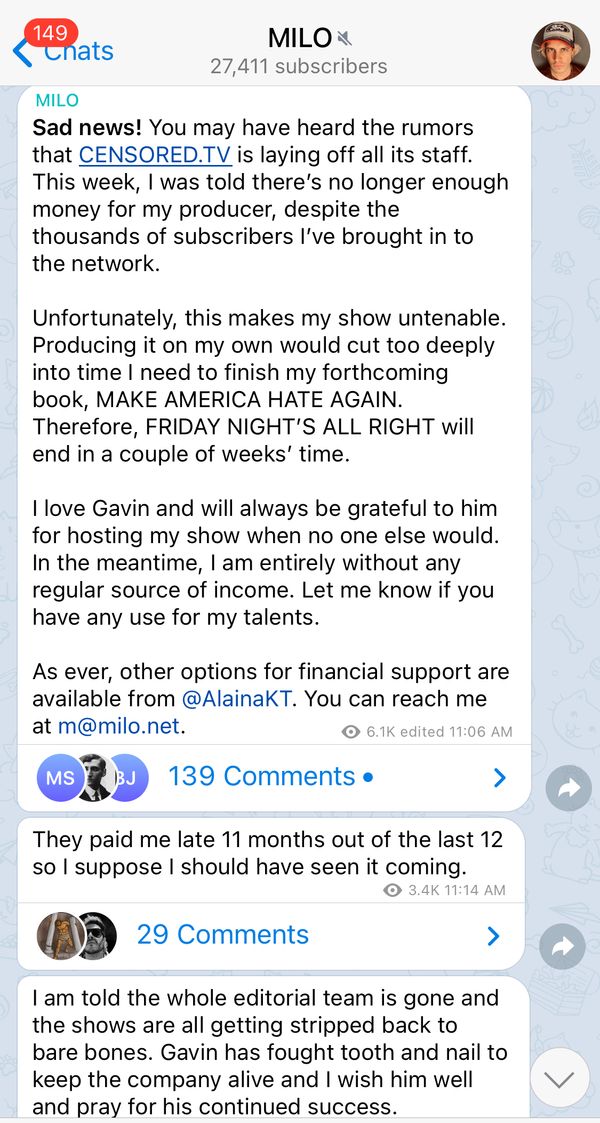 McInnes' entire site will reportedly no longer have any production or editorial staff, which would seem to make producing new content problematic. "I am told the whole editorial team is gone, and the shows are all getting stripped back to bare bones," Yiannopoulos, who now identifies as "ex-gay," added. "Gavin has fought tooth and nail to keep the company alive, and I wish him well and pray for his continued success."

Yiannopoulos hosted a Friday night program on Censored.TV called "Friday Night's All Right," which frequently far-right ideology with absurd hijinks, such as inviting white nationalist Nicholas Fuentes on the show to pour alcohol on himself, in an apparent effort to lure subscribers.

Other "stars" who host programming on the Censored.TV platform include right-wing hoax artist Jacob Wohl, anti-Muslim activist Laura Loomer and the anonymous online troll known as "CopperCab." Loomer didn't return Salon's request for comment on the future of her respective program on the website.

In a Wednesday afternoon interview with Salon, Wohl argued that Yiannopoulos' claims about the far-right media company lacked nuance and it was only Yiannopoulos' staff that was laid off due to subpar program ratings. "Censored TV isn't going anywhere," Wohl told Salon. "None of the staff, besides the staff that worked on Milo's show, have been, in fact, laid off or furloughed," he added.

Wohl further took problem with Yiannopoulos' claims that the network didn't pay out the far-right pundit on time for his work. "I have never had anything show up late from Censored TV," Wohl, known for his sticky relationship with the truth, further told Salon.

Yet, there is plenty of reason to take Wohl's claims with a grain of salt, as the duo (Yiannopoulos and Wohl) have become bitter enemies after Yiannopoulos threatened to kill Wohl associate, Jack Burkman's dog "Jackie Jr." over an unpaid speaking fee stemming from an appearance made at one of Wohl's meritless press conferences.

Late on Wednesday night, in an email to Salon, McInnes wrote, "completely false," apparently contradicting the claims made by Yiannopoulos.

McInnes started Censored.TV shortly after his sudden departure from Glenn Beck's The BlazeTV (Blaze Media) in December 2018, which was never clearly explained. "Blaze Media no longer has a relationship with Gavin McInnes, and per company policy, cannot comment on personnel matters," Beck's media group tweeted out at the time.

While the future of McInnes' media company hangs in the balance, the Proud Boys, the extremist men's group he founded, has etched its name into history. "Established in the midst of the 2016 presidential election by VICE Media co-founder Gavin McInnes, the Proud Boys are self-described 'Western chauvinists' who adamantly deny any connection to the racist 'alt-right,'" the Southern Poverty Law Center notes. McInnes left the Proud Boys in 2018, around the time the group began to be identified with street violence, and more than two years before it became infamous for numerous members' involvement in the Capitol riot on Jan. 6.