The new game show will be a showcase for “Steve’s passion for trivia and analytics" ... and presumably crisp khakis 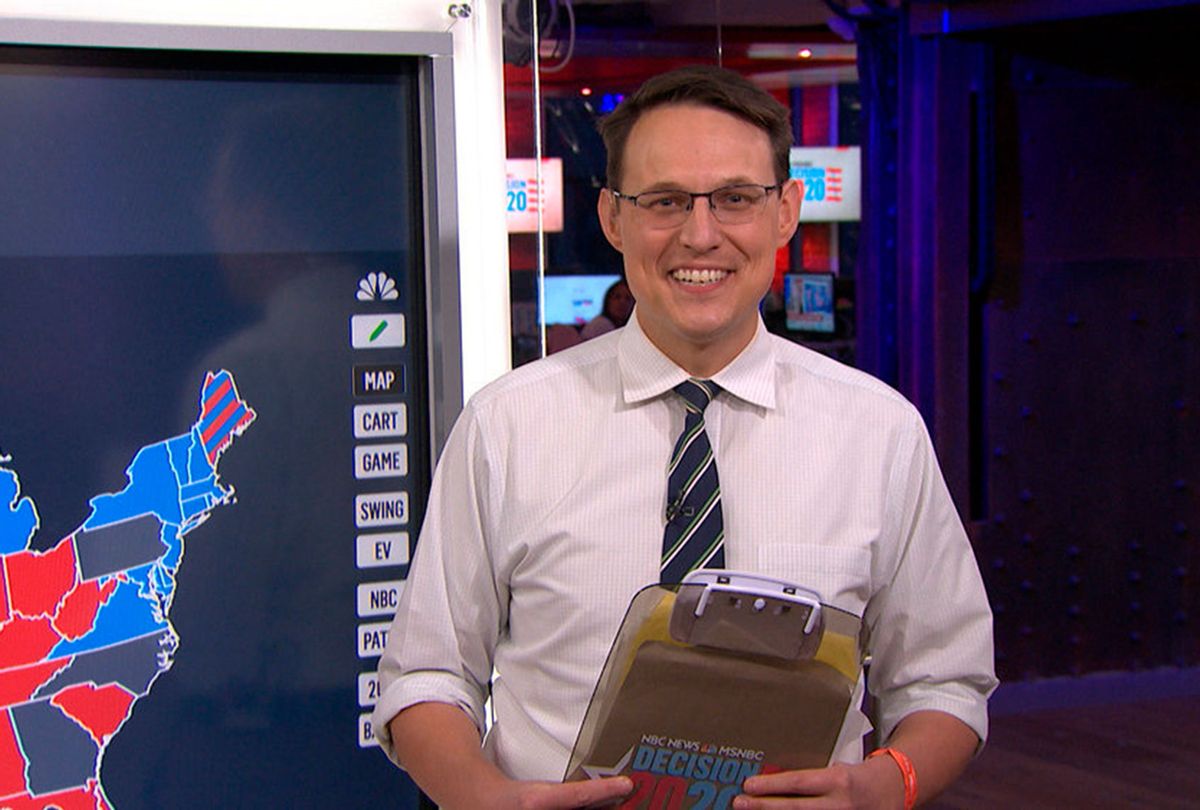 NBC national political correspondent Steve Kornacki will be applying his "Big Board" skills to a new role: game show host.

NBC announced Thursday that the network will work with the journalist to produce and develop a show that taps into Kornacki's enthusiasm for statistics, sports and politics.

"Steve brings so much passion and genuine enthusiasm to his work, on top of his encyclopedic knowledge base, that it's just impossible as a viewer not to share his interest and excitement," said Cesar Conde, NBCUniversal News Group chairman.

Kornacki developed something of a cult following during the 2020 presidential election as election day stretched into an election week. Over the course of five days, Kornacki stood in front of a digitized Electoral College map and, as new data came in from each state, he methodically explained how it impacted the vote count and each candidate's chances to win.

Maybe it was his reassuring grasp of statistics or his "palomino brown" Gap khakis, but somewhere along the way Kornacki became America's bespectacled crush (or "Map Daddy" as some Twitter users put it). It was a development that, as Kornacki told TIME, "made me a little squeamish, but it was all coming from a good place."

RELATED: The coming out story I never thought I'd write, by Steve Kornacki

And it seems that NBC is hoping some of his election week fans will make it a point to tune into his as of yet unnamed game show.

"We wanted to tap into that fanbase along with his natural talent and charisma," said Susan Rovner, NBCU TV and Streaming chairman for Entertainment. "Steve's passion for trivia and analytics is the perfect foray into entertainment and we can't wait to welcome him to our platforms."

But wait, there's even more places to watch Steve on your TVs!

Kornacki is also officially joining the NBC Sports team, where most of his coverage will center on the data behind sports performances. He will contribute to the network's Tokyo Olympics coverage this summer, as well as coverage of the 2022 Beijing Winter Olympics. This fall, he will also return to Football Night in America and is slated to cover the Breeders' Cup World Championships in November.

Details about Kornacki's game show are scant at this point, but he has tested the concept before. In 2013, he hosted "Up Against the Clock with Steve Kornacki," a '70s-style game show bit on his MSNBC show. Contestants showed off their politics knowledge and competed for, among other things, food cart gift certificates.

It's unclear whether his new show will take on a similar format — but here's hoping he brings back the array of bright sports coats that were his signature on the show.