Our wish for the future host of "Jeopardy!": Who is LeVar Burton?

Heading into the post-Alex Trebek era, the "Reading Rainbow" host is a perfect transition into the next generation 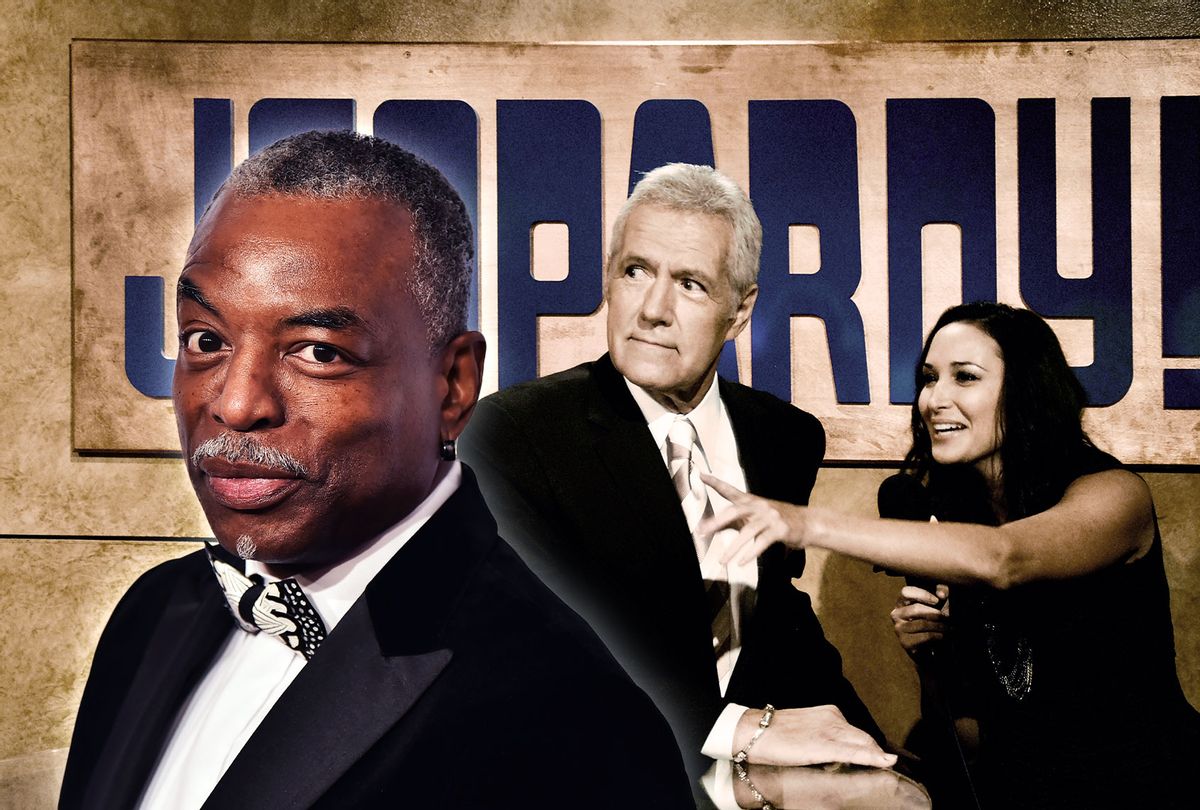 Alex Trebek's legacy is forever entwined with "Jeopardy!," America's favorite quiz show, in the same way that Johnny Carson's legend still looms large over "The Tonight Show" decades after his death. Both series existed existed before each man took over as host, and although they defined their respective eras, there is (and was) little to no question as to whether their respective shows would go on after they were gone. The main difference is that Carson retired, whereas Trebek hosted "Jeopardy!" until he couldn't anymore. He died of pancreatic cancer in November.

But a year ago when he appeared at a press event for TV critics to promote the multi-night prime-time special "Jeopardy! The Greatest of all Time," Trebek shared his belief that the right person would enjoy the same level of respect and fandom that he did. He believed that the game itself was the main event, not him.

"Keep in mind that my success to a great extent has depended on the success of the game," Trebek sagely offered. "You could have put somebody else in as the host of 'Jeopardy!' 36 years ago – not everybody, but there are some individuals who could have been named as host of 'Jeopardy!' – and if the show had lasted 36 years, they would be enjoying the same kind of favorable reviews and adulation that I have enjoyed in recent years."

Maybe that's true. We'll never know. But as it stands, the quest to find the host who can usher the trivia series into its next era is very much afoot. New episodes are set to begin airing in 2021, and the series resumed production on Monday with Ken Jennings, who holds the all-time record for most consecutive games won, as the show's first of a series of guest hosts.

Trebek's successor has yet to be named, and subsequent guest hosts have not yet been announced.

"Alex believed in the importance of 'Jeopardy!' and always said that he wanted the show to go on after him," said "Jeopardy!" executive producer Mike Richards in a statement. "We will honor Alex's legacy by continuing to produce the game he loved with smart contestants and challenging clues. By bringing in familiar guest hosts for the foreseeable future, our goal is to create a sense of community and continuity for our viewers."

We can only assume that fellow "Jeopardy!" GOATs James Holzhauer and Brad Rutter will be in the mix, but at this point the hosting job is anyone's game to win. But I'm rooting for one person in particular: LeVar Burton.

Granted, "Jeopardy!" producing studio Sony Pictures Television has an opportunity to break away from the longstanding practice of selecting male hosts, and they should certainly seize that. In 2019 Trebek himself surmised in an interview conducted  at New York's 92nd Street Y that the show's next host would be a woman, "somebody younger, somebody bright, somebody personable, somebody with a great sense of humor."

He went on to jokingly suggest his great friend Betty White, who is 98 years old. Then he offered a few more realistic options, including CNN's Laura Coates. She'd be wonderful. Here's hoping she gets slotted into the guest host mix and blows away the competition.

Among the world of well-known possible contenders, though, Burton deserves to be at the front of the pack.

Full disclosure: this opinion is not an original idea. Right now there's a Change.org petition endorsing Burton for the job, created to "show Sony Pictures Entertainment Inc. and producers Mike Richards and Harry Friedman just how much love the public has for Burton." It has almost 109,000 signatures as of this article's writing.

Even other celebrities are down for seeing Burton step into the role that Trebek formerly occupied.

Not that I'd turn down the opportunity, but I do love the thought of @levarburton landing the role as new host. https://t.co/qWRzKXRTD0

Petitions are popular these days, and only a few truly move decision-makers in situations such as this. But in this case Burton's boosters are on to something, because has a number of key qualities that make him the perfect bridge between the Trebek era and the one to come.

First, he's already a familiar face. This can cut both ways, mind you; the law that stars make TV and not the other way around very much applies here. But Trebek was already somewhat of a known factor when he came to "Jeopardy!," having hosted game shows in Canada and a few in America during the '70s prior to becoming the trivia show's master of ceremonies when it was relaunched in 1984.

Burton has been far more recognizable since he played Kunta Kinte in the original 1977 miniseries "Roots." But most viewers under the age of 50 know him as Geordi LaForge from "Star Trek: The Next Generation" and/or the friendly man who instilled in them a love of books as the host of public television's "Reading Rainbow." He's famous, but in a way that augments the "Jeopardy!" brand as opposed to overpowering it.

Second, both his "Star Trek" role and his "Reading Rainbow" tenure are associated with intellectual curiosity. Burton's range is broader than these two parts, of course, but it's not as if he was invited to appear on "The Big Bang Theory" for his voice work on "Family Guy." In this respect, Burton can easily continue the spirit Trebek cultivated on "Jeopardy!" Trebek's stabilizing presence was rooted in a sense that he knew the answers even with his cue cards, but this awareness was devoid of arrogance or ego. He was the series' soul, but the contestants' knowledge and intelligence has always been its star.

Third, Trebek set the tone of polite respectfulness that pulsed through that studio, in that he maintained a levelheaded calmness whether a contestant delivered the correct answer in the form of a question or got it entirely wrong. And that warmth of his was singular. Nobody can entirely replicate it, and nobody should try. The best a producer can do is select someone who comes close.

And Burton fits that bill. He's consistently personable, serene and genuinely pleasant. His podcast "LeVar Burton Reads" is a contemplative, kindly gem that promotes a sense of wonder about literature and writing that is utterly welcoming.

Lastly, he's not controversial. As soon as Jennings was announced as the show's first guest host, several offensive tweets in which he mocked the disabled resurfaced and made headlines. Social media is its own world, and surely if Jennings knocks his guest host performance out of the park the studio will like bet that any of his past stumbles will fade away if they haven't already. Still, isn't it better to place someone in the "Jeopardy!" slot with no such baggage?

Burton's no milquetoast and, in fact, speaks his mind without apology, sometimes with a little spice. But he's decidedly inclusive and champions educational equity, traits anyone who permanently steps into the "Jeopardy!" host role would do well embody.

This is because "Jeopardy!" is not merely a game show. It's a beacon of equanimity and standing evidence that reason and knowledge are still prized in our society. Therefore whomever ends up hosting it is taking on something greater than another entertainment. It's a duty.

Should Burton choose to accept the opportunity to guest host if offered – and according to a recent tweet, he's open to the possibility – I'll certainly be watching and rooting for him. For while he may not be a "Jeopardy!" GOAT, in my book he's the best person to usher the beloved institution into its future.