Alex Trebek has died: Remembering the "Jeopardy!" host who made asking questions fun 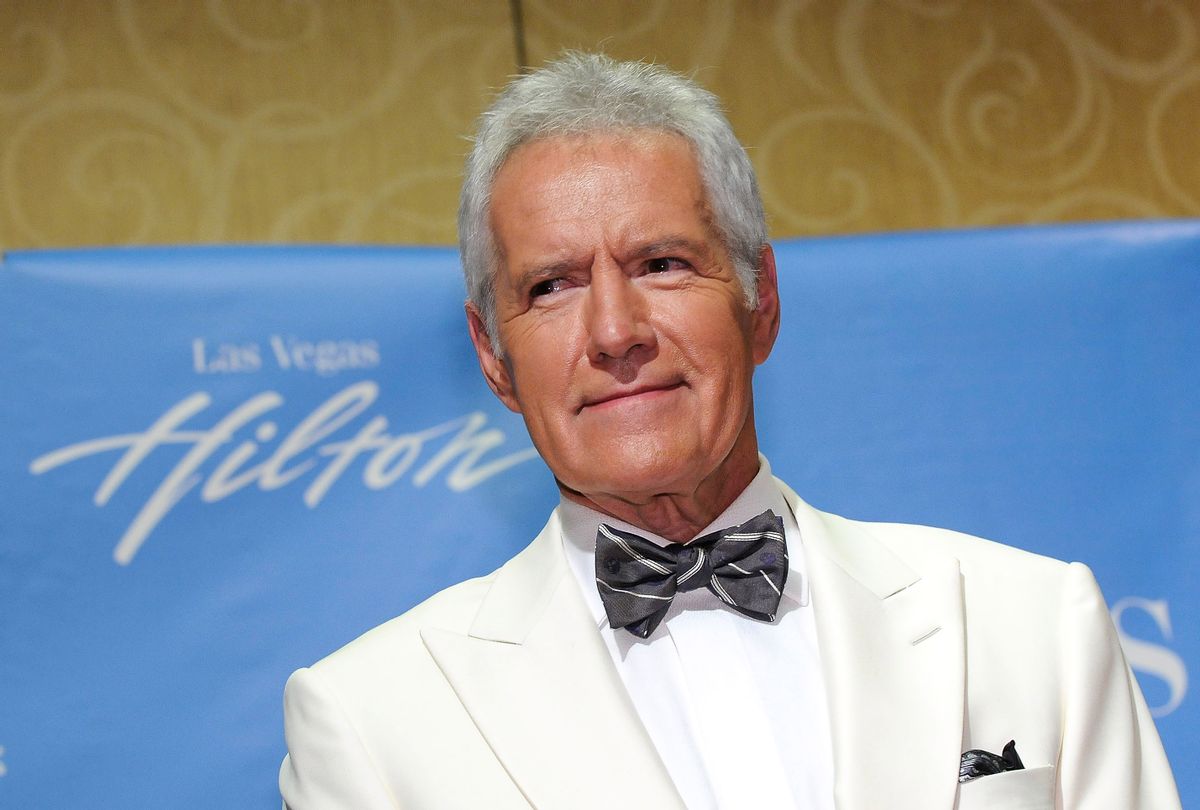 We knew that this was coming, but it doesn't make it any easier. On Sunday morning, the long-running "Jeopardy!" announced on social media that it was "saddened to share that Alex Trebek passed away peacefully at home early this morning, surrounded by family and friends." And the announcement ended with a sentiment we can all share, "Thank you, Alex."

Imagine what it would be like to be known for one thing. To have your identity to the world be that consistent, that confidently singular. Whatever other achievements he's had as a voice artist and humanitarian, Mark Hamill seems to gladly accept that to generations of fans, he's forever Luke Skywalker. Bobby McFerrin, who was tirelessly touring right up until the pandemic, knows that his lengthy creative career can be summed up by many with the four words "Don't worry, be happy."

For 36 years, the Emmy-winning Trebek simply was "Jeopardy!" — he and the iconic quiz show are synonymous with each other. With his cool poise and his penchant for an occasional well-timed jibe, he consistently personified the show's middlebrow sophisticated brand. Sure, the guy was literally holding the right responses in his hand, but he had a way of delivering them that could make you feel like he already knew, of course, the ancient capitals of the legendary Tangun Dynasty as exhaustively as he knew memorable "Matrix" quotes. What, like it's hard?

That's why it's hard to believe that both Trebek and "Jeopardy!" existed successfully long before they found each other. In the mid sixties, Merv Griffin reportedly created the show as a cheeky reaction to the quiz show scandals of the prior decade — why not have a competition where the whole premise was that the contestants were already provided the answers? The twist would be that they'd have to come up with the questions. The original incarnation of the show had a broad appeal, running in various incarnations through 1979.

Trebek, meanwhile, was on his own trajectory. Is there such a thing as a natural born game show host? If so, Trebek surely was one. The Ontario native was only in his mid -twenties when he landed his first such gig, on a Canadian quiz show for teens called "Reach for the Top." An early clip reveals Trebek, not much older than his contestants, confidently asking in what part of the world one would find a wombat. Even then, he exuded the air of a man who knew exactly where to find a wombat; he just wants to know if you know.

Other Canadian game shows followed, until Trebek moved to the United States in the early seventies, where he began hosting game shows like "Wizards of Odds" and "High Rollers." Then, in 1984, he found his home in the newly relaunched "Jeopardy!" Let other game show host deal in screaming contestants jumping up and down in pursuit of a washing machine, or dabble in sexual innuendo for a year's supply of Turtle Wax and Rice-a-Roni; Alex set the tone for a more dapper, cerebral form of competition for over 8,000 episodes and generations of viewers and players.

Then, last year, two things happened to remind the world exactly how much of a television treasure Alex Trebek truly was. First, in March of 2019, Trebek posted a candid update on YouTube, saying that "Just like 50,000 other people in the United States each year, this week I was diagnosed with Stage 4 pancreatic cancer. Now normally, the prognosis for this is not very encouraging, but I'm going to fight this, and I'm going to keep working. I plan to beat the low survival rate statistics for this disease. Truth told, I have to. Because under the terms of my contract, I have to host 'Jeopardy!' for three more years!"

The outpouring of love and support was immediate for the mainstay of early evening trivia and his legion of fans. But then, just a month later, the show's biggest breakout star since Ken Jennings, fifteen years earlier, made his first appearance. With a Taylor Swift-like affinity for lucky numbers, a seemingly boundless knowledge of everything and a gaming strategy fitting for a professional gambler, James Holzhauer gave the show a ratings boost and a whole new audience with his unstoppable winning streak. And he helped make "Jeopardy!" — and with it, Trebek — all the more topical and beloved. It was a golden moment.

Then, a few months later, Trebek posted an update, "I began immunotherapy, but that didn't go well," he wrote. "My numbers went south – dramatically and quickly. The doctors are now reexamining my situation, and it appears I will be having more chemo treatments ahead of me."

Yet he kept chugging along. That he was with us for more than another year, hosting "Jeopardy!" and bringing his sly elegance to the game show form through inarguably one of the worst periods in modern history was a gift, even though we all knew that time was borrowed. He hosted the show through both a global and personal health emergency, reassuring and booksmart to the end. His death, at the age of 80, creates a space in entertainment that no one will ever quite fill.

Yet the timing feels somehow as reassuringly placed as possible. On Saturday, Joe Biden made his first public appearance as president-elect, in a speech that promised "bedrock science" and glowingly stated, "For American educators, this is a great day for you all." There feels right now something like a great collective exhalation, a sense that perhaps we can turn a corner away from the idea that ignorance is a badge of honor. And on Monday, it's James Holzhauer's daughter's birthday, as anyone who watched the guy repeatedly wager $11,914 on Daily Doubles — and later, donate $1,109.14 to pancreatic cancer research as a nod to her birth date — knows. Trebek leaving in this little place in between seems bittersweet, yet comforting, surrounding us with reminders that the joy of learning persists all around.

We had Alex Trebek maybe longer than we deserved, but far less time than we'd have liked. We can hope that he departed knowing his adopted country could be easing in a knowledge loving direction. And that millions of people watched him and loved what he, and "Jeopardy!" were always trying to tell us. Life is rarely about winning. It's about taking risks, staying curious and asking at least as many questions as you have answers.