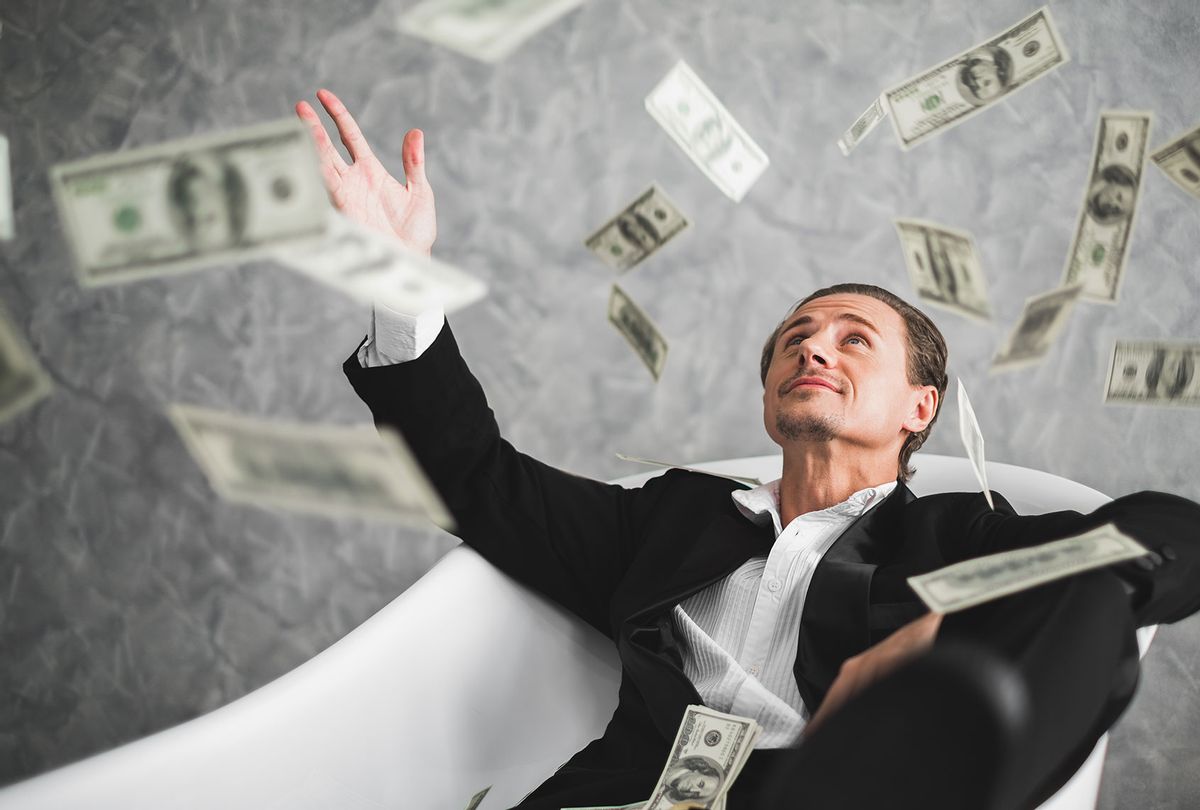 "Let me tell you about the very rich," F. Scott Fitzgerald once wrote. "They are different from you and me." The famous author goes on to write that "they think, deep in their hearts, that they are better than we are because we had to discover the compensations and refuges of life for ourselves. Even when they enter deep into our world or sink below us, they still think that they are better than we are."

Fitzgerald was a keen observer of human nature and social relationships, not a scientist. But a recent study in the journal Social Psychological and Personality Science shows he might have been on to something. The study identifies one area in which those with power, such as the wealthy, are different — they're more likely to employ a "choice mindset," which causes them to be equally critical of decisions made by those with fewer resources and choices.

The term "choice mindset," refers to whether an individual is inclined to perceive their own actions and those of others as the result of deliberate decisions. When someone views life with a choice mindset, it means they are more likely to see victims as at least partially to blame for their misfortunes and to be less troubled by reports of inequality.

Researchers from the University of California, San Diego (UCSD) and Nanyang Technological University have now uncovered an important clue about what causes people to think that way — namely, whether they come from a position of power in their own lives.

"People in positions of high power actually have more choices than those in positions of low power," Yidan Yin, the first author on the paper and a PhD candidate at Rady School of Management in UCSD, told Salon by email along with her co-authors Pamela K. Smith (also of UCSD) and Krishna Savani (of Nanyang). "That's almost a definition of having power. Unfortunately, our research suggests that powerholders overgeneralize their greater sense of choice to others. They see everyone as having lots of choice, regardless of these people's actual situation."

The authors also explained to Salon that this tendency cannot be waved away as motivated purely by a desire to help them maintain their own positions of economic, political and social power. Their research found that people with a lot of power tended to be harsher on those who were not even part of their same privileged class.

"We propose something more cognitive: having more power makes people see the world, and the people in it, differently," the authors explained to Salon. This means that they are inclined to assume that anything from unemployment and poverty to getting sick with COVID-19 are somehow the victims' fault.

This is not the first recent study to explore how wealth changes the worldview of those who possess it. In July researchers published a paper in the Journal of Personality and Social Psychology which found that the affluent's sense of self-regard is threatened when they are presented with evidence that class privilege — rather than hard work, talent and other individual efforts — plays a large role in determining success.

"Flying in the face of meritocratic prescriptions, evidence of privilege threatens recipients' self-regard by calling into question whether they deserve their successes." Dr. L. Taylor Phillips, a professor of management and organizations at New York University Business School, and co-author Dr. Brian S. Lowery, a professor of organizational behavior at Stanford University, explained.

Another research paper, this one published in April by the Personality and Social Psychology Bulletin, found that people from higher income backgrounds tend to struggle more at certain types of empathy. In particular, it found that people with more money found it increasingly difficult to identify with the emotional or visual point of view of other people. They speculated that "lower-class individuals—owing to their greater levels of cultural interdependence—may appraise other human beings as more relevant to their goals and well-being than do higher-class individuals."

If power tends to shape the perceptions of those who have it, the implications for public policy — especially around issues like poverty, crime, education and health care — are significant.

"Policymakers may thus be less sensitive to citizens' plight if their sense of power is salient," the "choice mindset" study authors told Salon. "Policymakers should be aware of their power and the privileged positions they are in, and not overlook the lack of choice faced by others in disadvantaged positions." If not, they will be prone to assuming people possessed agency during situations in their lives when they did not.

"When evaluating others, especially when bad things happen, they need to correct their assumptions about how much choice these people had," they added.