Rep. Andy Kim, who chose the painting, didn't even know it was fan art for the cult favorite serial killer series 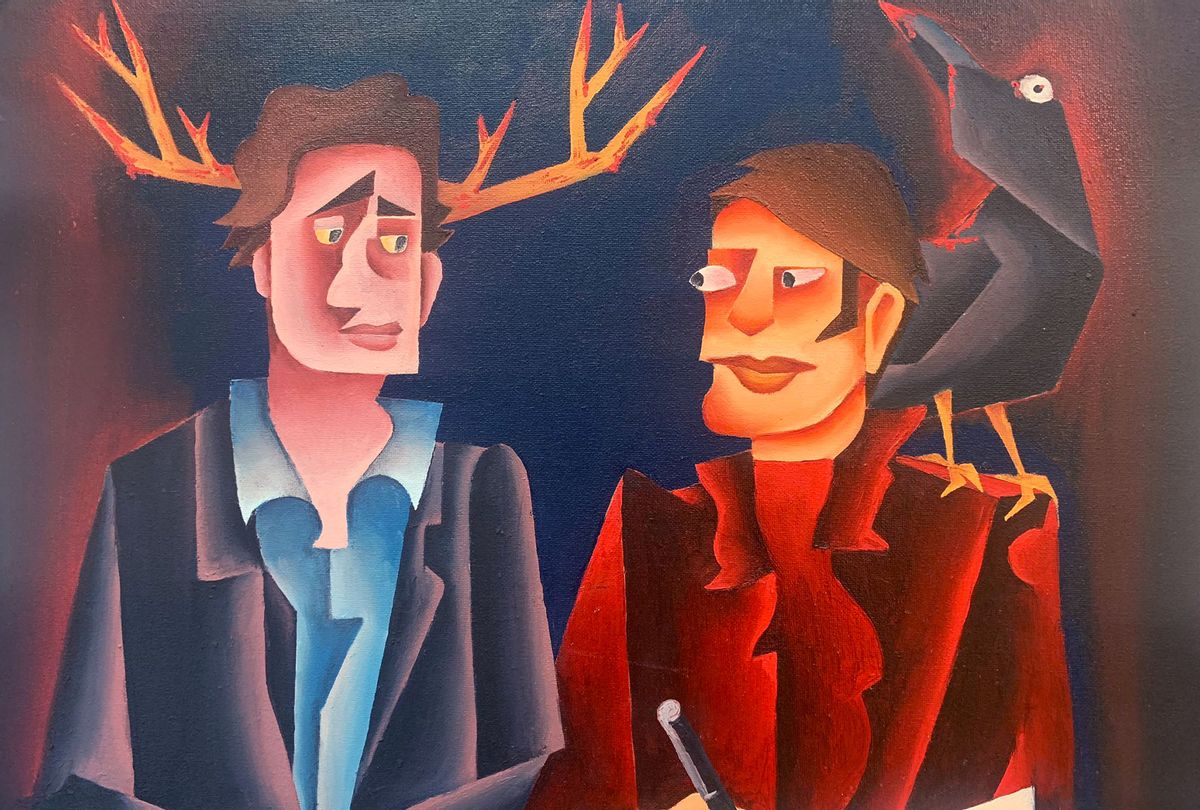 Last week, when New Jersey Rep. Andy Kim announced in a tweet that his office had chosen a young student's artwork to hang in the U.S. Capitol as part of the annual Congressional Arts Competition, he had no idea the piece was fan art.

Kathleen Palmer, a senior at Shawnee High School in Kim's district, created a Cubist painting depicting characters from NBC's "Hannibal" — two men, Hannibal Lecter (Mads Mikkelsen) and Will Graham (Hugh Dancy) – whom many fans theorized had a romantic relationship. Rep. Kim told the New York Times last week he hadn't even known that Palmer's painting "was related to a TV show." He added, "I just thought it was really beautiful, well executed, and it was really striking."

Palmer's elegant piece is titled "Dolce," after an episode from the final season of "Hannibal," which went off the air in 2015. The show explored the fascinating relationship between cannibalistic psychiatrist Hannibal Lecter and FBI agent Will Graham. Of fans' "shipping" of Lecter and Graham, Palmer told the Times, "I guess I did incorporate that into the painting."

Palmer, 17, also told the Times they were surprised by the success of their tribute to the NBC hit. "It was just a casual art-class project," they said. "I didn't expect it to go this far." The high school senior recounted discovering "Hannibal" from TikTok videos last year, diving into the series five years after its cancellation, and completing the 16-by-20-inch oil painting by December.

As the New York Times points out, the U.S. Capitol is "an unusually high-profile space to display fan art," which has more often found a home on platforms like Tumblr and Deviant Art. But as shown by Rep. Kim's high praise for the painting, without even knowing it was based on "Hannibal," good art is good art.

Palmer is currently preparing to enter Ohio University as a studio arts major. "Being validated in this scale is really, really fantastic," they told the Times. "It's lit the fire underneath me to paint more and work on my skills more."

As of February, Mikkelsen has spoken on Danish podcast "Happy Sad Confused" about talks with Netflix considering a "Hannibal" Season 4 following a resurgence in its popularity, after the show was added to the streaming platform last year. "[Since the series] has found a new home on Netflix, the talks have been revitalized," he said. "I don't think you'd find a member of the cast that is still alive that would say, 'No, thanks.' We all enjoyed it tremendously."