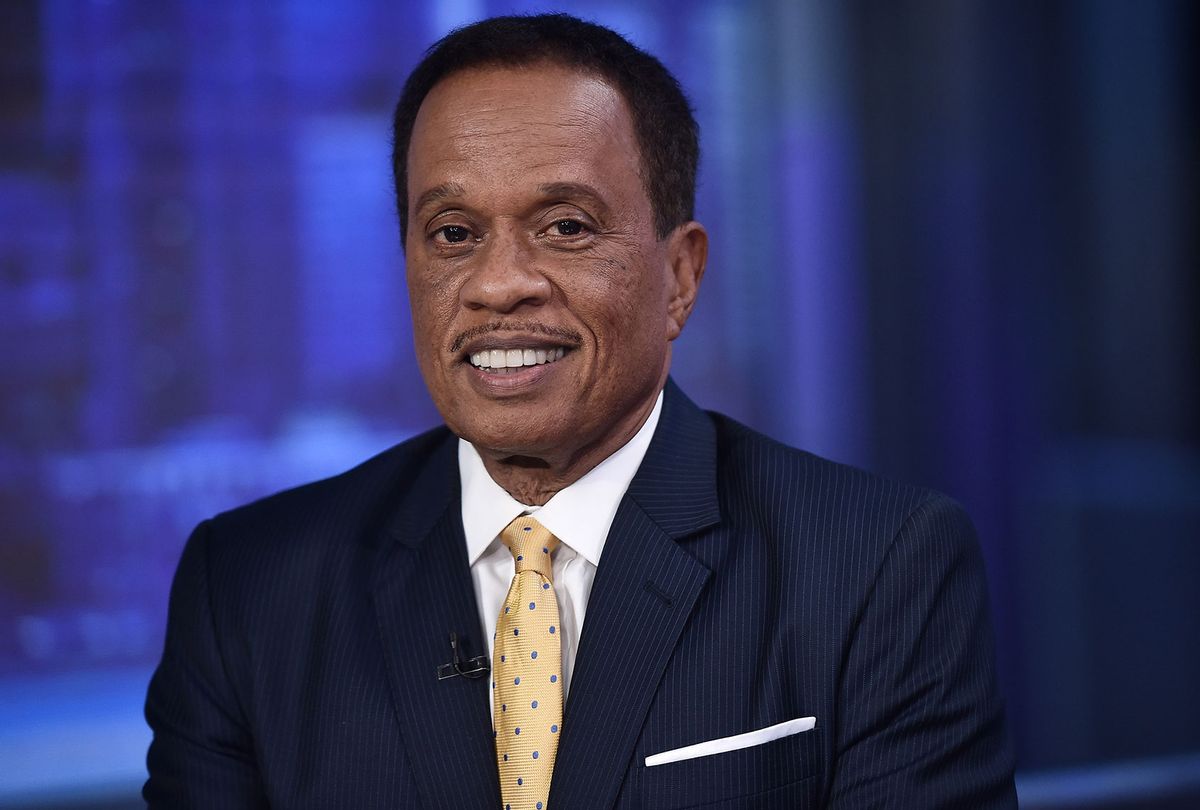 Fox News commentator and political analyst Juan Williams announced that he will no longer appear on "The Five" after reportedly being forced out by fellow co-host Greg Gutfeld.

"This is my last day hosting 'The Five,'" Williams stated on-air late Wednesday evening. "COVID taught me a lot of lessons. As the show goes back to the New York studio, I'll be staying in D.C. I'll be working for Fox out of Washington. My work as a Fox News political analyst will continue."

The lone liberal on "The Five," Juan Williams, is leaving the show, today.

"Covid taught me a lot of lessons. As the show goes back to the New York studio, I'll be staying in DC. I'll be working for Fox out of Washington. My work as a Fox News political analyst will continue." pic.twitter.com/WMf1MNRBec

Sources at Fox News told The Daily Beast that Gutfeld mounted a pressure campaign against Williams inside the network, urging at least one member of Fox's top brass to let Williams go when the show's "liberal" co-host was reluctant to return to the studio in person.

One network insider told The Daily Beast that Gutfeld had been pushing Albano for a while to get Williams removed from The Five, adding that Gutfeld was "really pissed they're not all back in the studio together and he blames Juan for not being back."

A former Fox News producer further elaborated, stating they were "very confident" that Gutfeld was behind Williams' exit. A current staffer also added: "[Gutfeld's] been wanting the show back in the studio for quite some time."

One current Fox News staffer told The Beast that in future the program might "not book Democrats at all."

Following the sudden programming change, Fox News vice president Megan Albano said in a statement to Salon that Williams had expressed a desire to stay in the Washington area:

As Juan Williams announced on air today, he will be leaving The Five to live in Washington, DC full time. We are incredibly grateful for his commitment to the show and its success over the last several years. As we started planning The Five's return to its New York City studio at our headquarters a few months ago, Juan decided to stay in Washington, DC permanently. We accommodated his request, understanding and appreciating his desire to remain closer to his family and recognizing that a remote co-hosting role on a roundtable in-studio program was not a long-term option. While we will miss his insightful contributions each night and look forward to welcoming him on set whenever he's in New York, we are pleased to have him continue his longtime role as a senior political analyst with FOX News Media.

The Daily Beast reports that Fox News plans to allow "a rotating series of liberal commentators" to display their skills in Williams' slot before settling on an eventual replacement.

Williams has long sparred with the predominantly conservative co-hosts in the evening hour but has been seen as standing his ground over the years. He is widely respected for his willingness to call out his own network's mistakes, but in sufficiently diplomatic terms to ensure a lengthy tenure at Fox News.