"Some things are worth being a pariah for," O'Connor writes 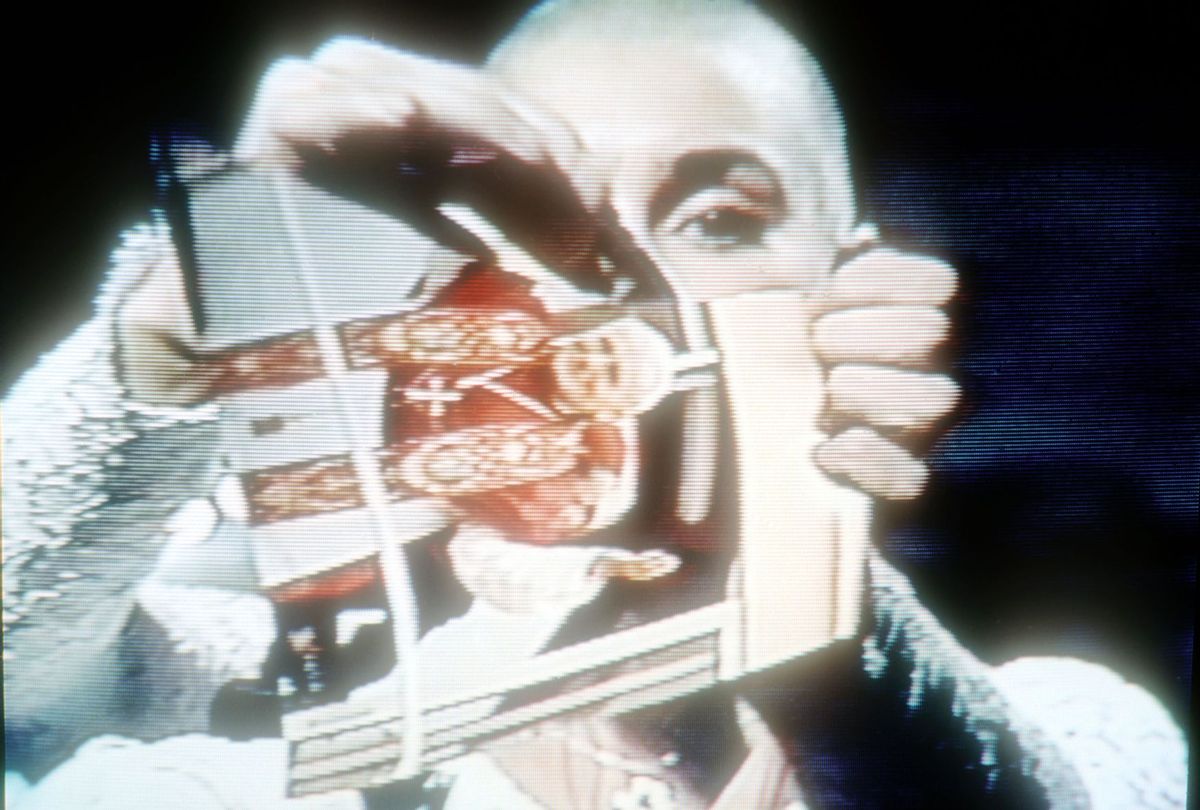 Sinead O'Connor, the Irish singer-songwriter who beautifully covered Prince's "Nothing Compares 2 U" and infamously tore a photo of Pope John Paul II on "Saturday Night Live" in 1992, is a name you probably haven't heard in years. O'Connor's own recollection of her life between 1992 and 2015 is fragmented and shaky following a hysterectomy and breakdown that rattled and wiped much of her memory, as she explains in her new memoir "Rememberings," out this week.

Plenty of pop memoirs have told complex stories of lives shaken up by fame, but none are quite like "Rememberings," because no pop artists are quite like O'Connor. She writes that the trauma and struggles that become formative to her life and career start early, enduring severe child abuse from her mother, who beat her frequently and once deliberately got into a car accident with O'Connor in the vehicle. "I couldn't admit it was her I was angry at, so I took it out on the world," O'Connor writes, of life after her mother's abuse. "And burned nearly every bridge I ever crossed."

Of popes and pop stars

In 1992, O'Connor was invited to perform on "Saturday Night Live" shortly after her meteoric rise when her cover of Prince's "Nothing Compares 2 U" from her sophomore album "I Do Not Want What I Haven't Got," shot to No. 1. Of this newfound fame and success, O'Connor writes that she "cried like a child before the gates of hell." After her performance on "SNL," O'Connor notoriously tore the Pope's photo, calling on audiences to "Fight the real enemy!"

In an excerpt provided to Rolling Stone, O'Connor details her decision, citing her rage with pedophilia and child abuse scandals in the Catholic Church, and referred to the men she feared would kill her drug-dealing friend called Terry as "the real enemy."

When her mother died, she had taken the photo of the Pope down from her mother's wall and carried it with her for a long time. Inspired by Bob Geldof ripping up a photo of Olivia Newton-John and John Travolta, O'Connor wanted to do the same, but just needed the right opportunity.

My intention had always been to destroy my mother's photo of the pope. It represented lies and liars and abuse. The type of people who kept these things were devils like my mother. I never knew when or where or how I would destroy it, but destroy it I would when the right moment came.

Finally, her chance came with her appearance on "Saturday Night Live." In rehearsals she held up a different photo and instructed the cameraman to zoom in so that when she did the actual performance and switched, no one would be the wiser until that moment. The plan was carried out without a hitch. Afterwards, there was dead silence, and no one wanted to acknowledge her. Even her manager locked himself in his room and unplugged his phone for three days.

O'Connor's life spirals quickly, devolving into frequent confrontations from protesters — including being egged outside of the NBC building immediately after her "SNL" performance, and protested at nearly all other public appearances, including a concert with Bob Dylan. And through it all, decades later, O'Connor has zero regrets:

Everyone wants a pop star, see? But I am a protest singer. I just had stuff to get off my chest. I had no desire for fame. . . .

A lot of people say or think that tearing up the pope's photo derailed my career. That's not how I feel about it. I feel that having a number-one record derailed my career and my tearing the photo put me back on the right track. I had to make my living performing live again. And that's what I was born for. I wasn't born to be a pop star. You have to be a good girl for that.

Nothing compares to Prince

Other shocking tidbits from the memoir include O'Connor's meeting with Prince, in which she writes about initially hoping they would fall in love when she visited his house, which had foil covering the windows. Not only did that not happen, but Prince yelled at her for cursing and even tried to bar her from leaving his home.

"Rememberings" jumps from the 1992 "SNL" incident to 2015, due to lapses in O'Connor's memory. The entirety of the book recounts and unpacks her frequent struggles with mental health, including suicidal ideation, as well as her four marriages and divorces; the birth of her four children starting at age 20, when she says her label pressured her to get an abortion; her conversion to Islam; and her identification as asexual.

Through it all, O'Connor ultimately and defiantly asserts that she has no regrets, and that "some things are worth being a pariah for." But she also has no regrets because the things she lost were never things she even wanted.

"I understand I've torn up the dreams of those around me," O'Connor writes. "But those aren't my dreams. No one ever asked me what my dreams were; they just got mad at me for not being who they wanted me to be."

At this time of collective reckoning for the cultural treatment of young female artists and stars like Brittney Spears, O'Connor's memoir presents a compelling and deeply human case for reexamining our treatment of her. "Rememberings" is now available wherever you buy books.