Trump just canceled his blog because no one is reading it

Trump is reportedly also mad about his blog being endlessly mocked 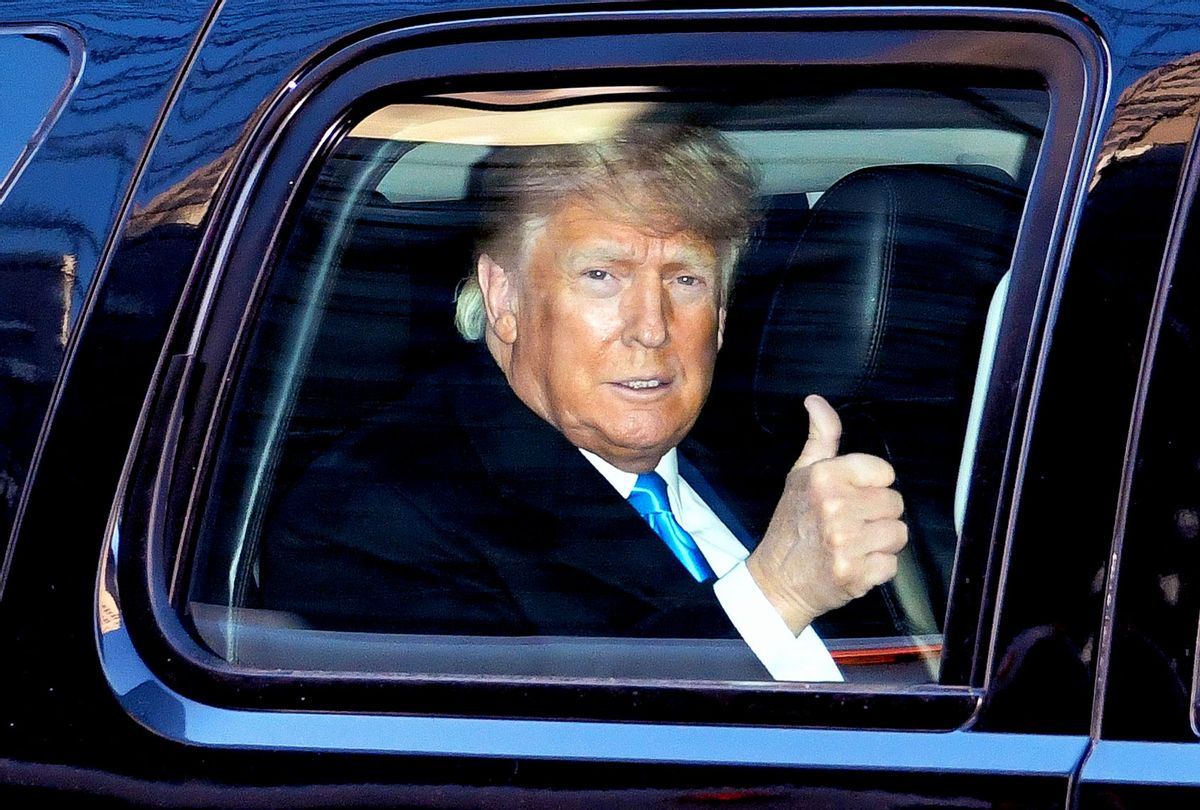 Former President Donald Trump has self-canceled his own "From the Desk of Donald J. Trump" blog less than a month after the website launched for fervent supporters to keep track of Trump happenings.

"The page, 'From the Desk of Donald J. Trump,' has been scrubbed from Trump's website and 'will not be returning,'" senior Trump aide Jason Miller told CNBC Wednesday morning. "It was just auxiliary to the broader efforts we have and are working on," Miller added.

According to CNBC, Miller didn't elaborate at all on reasoning but additionally said in an email, "Hoping to have more information on the broader efforts soon, but I do not have a precise awareness of timing."

A Trump confidant later told The Washington Post's Josh Dawsey and Drew Harwell that the former president "wanted to open a new 'platform' and didn't like that this platform was being mocked and had so few readers."

As the day progressed, Miller did respond to a question on Twitter about the blog shuttering potentially being a "precursor" to Trump joining "another social media platform," to which the aid responded, "Yes, actually, it is. Stay tuned!"

Trump, alongside his advisors, most notably Miller, after the president got the boot from Facebook and Twitter, have long touted and explored other social media platforms, including the likes of the right-wing platform Parler, which continues to face technical difficulties, and the even farther right-wing social site Gab, home to a cesspool of hate.

"Upset by reports from The Washington Post and other outlets highlighting its measly readership and concerns that it could detract from a social media platform he wants to launch later this year, Trump ordered his team Tuesday to put the blog out of its misery, advisers said," The Post noted in their report.

As for who frequently linked and supplied the little traffic to the Trump blog, that was mostly the work of right-wing websites including The Gateway Pundit, Newsmax, and the right-wing news aggregator, Citizen Free Press.

The Post further reported that the Trump blog posts saw deficient engagement levels on social media over its month-long existence:

Trump's supporters also were not racing to share the site on social media. Social engagement across the Web with Trump's blog — a measure of the likes, reactions, comments and shares on some of the biggest social media sites, such as Facebook, Twitter, Reddit and Pinterest — peaked at 159,000 interactions on its first day, according to data from the social media analytics firm BuzzSumo.

That response rate was pitifully low by Trump standards. But even though Trump's blogging rate actually increased in recent days, including 10 new posts last Tuesday, his blog never got anywhere near his first day's interest level, averaging about 4,000 interactions a day, BuzzSumo data show.