Netflix's "Samurai Gourmet" has the pleasure-seeking, main character energy I want for the summer

The Japanese scripted series isn't new, but it's full of delicious life advice as we emerge from the pandemic 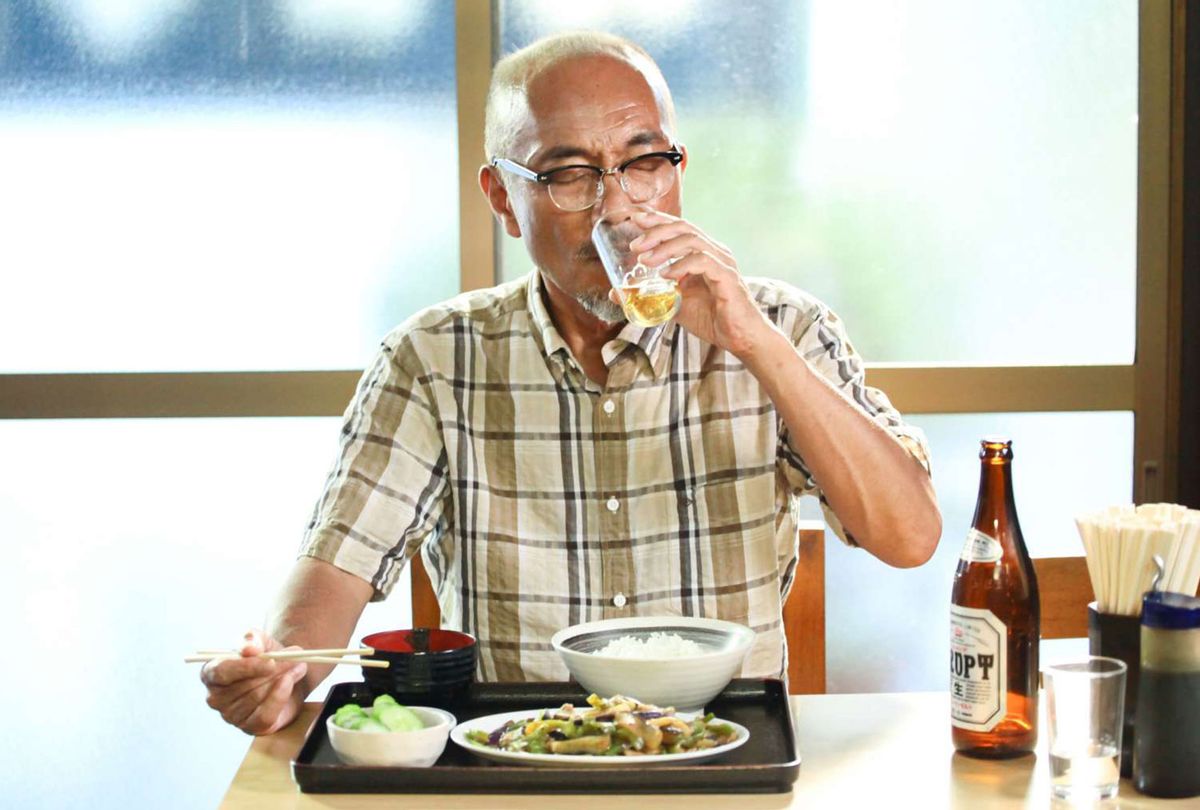 A lot is being made, understandably, of who we are going to be as we emerge from the pandemic. Are we all Hot Folks plunging feet-first into the crystal-blue pool of summer? Will we all be, as Kylie Chaka wrote for The New Yorker, main characters in our own stories? Personally, I'm hoping to embrace and exert at least some of the energy of the protagonist of the Netflix series "Samurai Gourmet."

The series, which was originally released in 2017, came up in my queue as "recommended," likely due to my fondness for Japanese scripted food TV programs. There's not quite an American analog for these shows, which feature a fictional character for whom eating a particular meal is a narrative climax (though there is typically some very flimsy resistance standing in the way).

"What's standing in his way?" you might ask. It's simply the fear that his coworkers will find out he is slacking off, very briefly, midday to eat desserts that he then blogs about under a pseudonym. There's just enough narrative pretense to differentiate it from the innumerable unscripted food tourism TV shows.

"Samurai Gourmet" is similar in form. It centers on the 60-year-old Takeshi Kasumi (Naoto Takenaka) who, after spending his life as a dutiful salaryman, is embarking on a new life as a retiree. However, he isn't sure how to process this reality; much like us eying lifting pandemic restrictions and our imminent emergence, Takeshi isn't sure who he wants to be in this new chapter of his life. Will he be the kind of man who dons both a straw pork pie hat and sunglasses (a combination his wife, lovingly, says makes him look like a "friendly mobster)? Will he travel by himself, something that he hasn't done in decades?

First and foremost, Takeshi realizes that he wants to be the kind of man who can have a midday beer at a restaurant, which is, fittingly, the title of the first episode.

The series opens on Takeshi, who is unsure of what to do with his newfound freedom. After sticking a bookmark in his book about the history of samurai, he decides to take a walk along his old commute. He finds himself stopping at a neighborhood cafe that was previously below his notice.

After surveying the menu, he decides on the eggplant, bell pepper and pork with spicy miso, the preparation of which is filmed with such an eye for sensuality — the angles, the heat, the textures — that it borders on eroticism. That's another hallmark of this brand of scripted food TV; take the "Chef's Table" slow-motion shots, but make them sexy.

Takeshi is pleased with his order, but it's sweltering outside, and the humidity has left him both drenched and parched. What would really round out his first lunch as a retiree is an ice-cold beer, poured straight from a chilled bottle into a pint glass.

He would never dream of drinking on a weekday while working, but as he thinks to himself, "it doesn't matter if it's a weekday or the weekend. I'm not a corporate man anymore." However, the café is packed with workers, and he's self-conscious.

"If I were a samurai, I would drink in the middle of the day." At that moment, Takeshi's inner-samurai (played with gusto by Tetsuji Tamayama) bursts through the restaurant door and swaggers to a table, politely demanding both sake and pickles.

"Looks like he's really kicking back. Don't end up a failure like him." In this fantasy, some nearby men begin to heckle the samurai for his decision to drink midday.

Predictably, this doesn't end well for them, which, in turn, leaves Takeshi with enough confidence to order not one but two crisp midday beers — and he absolutely savors them. The metaphor isn't a complicated one — we all have fantasy versions of ourselves who are subjectively "better" than what we envision our real selves to be. They're brighter, more beautiful, more assertive.

The samurai tends to emerge in the face of situations where Takeshi wishes he was more vocal or adventurous — in the face of rude restaurant patrons, snide managers and unfamiliar dishes. The stakes are never life or death, but watching someone successfully become more like the person they want to be is invigorating, especially when the subject is well past the typical "coming of age" years.

It's all the more poignant to watch now as many of us, myself included, are grappling with how we want to reintroduce ourselves to the world. These contemplations can sound superficial, vapid even, but the pandemic was unequivocally life-altering. It made many question their relationship with work, commerce, social obligations and their inner and outer circles.

To that point, food is a beautiful way to exercise some of the changes we want to see in our lives, which is a thread that runs through "Samurai Gourmet." Meals can become a stand-in for virtues or characteristics. For example, Takeshi's simple breakfast of broiled mackerel, steamed rice and miso soup — which is typical of old-school seaside inns — is an emblem of the traveling he wants to do. When he orders a dish totally unfamiliar to him while dining out on his anniversary, he's signaling to his wife of several decades that he can still be spontaneous.

Takeshi's euphoria when he experiences simple pleasures, like good yakitori or an ice-cold beer, is aspirational, as well. Everyday routines have been imbued with a new resonance as the world reopens. Coming out of the pandemic, I hope to be the kind of person who recognizes both the opportunity for and allure of enjoyment.