You love your dog. Does your dog love you back?

Do they love us, or just love our food? Animal studies are shining light on canine emotional intelligence 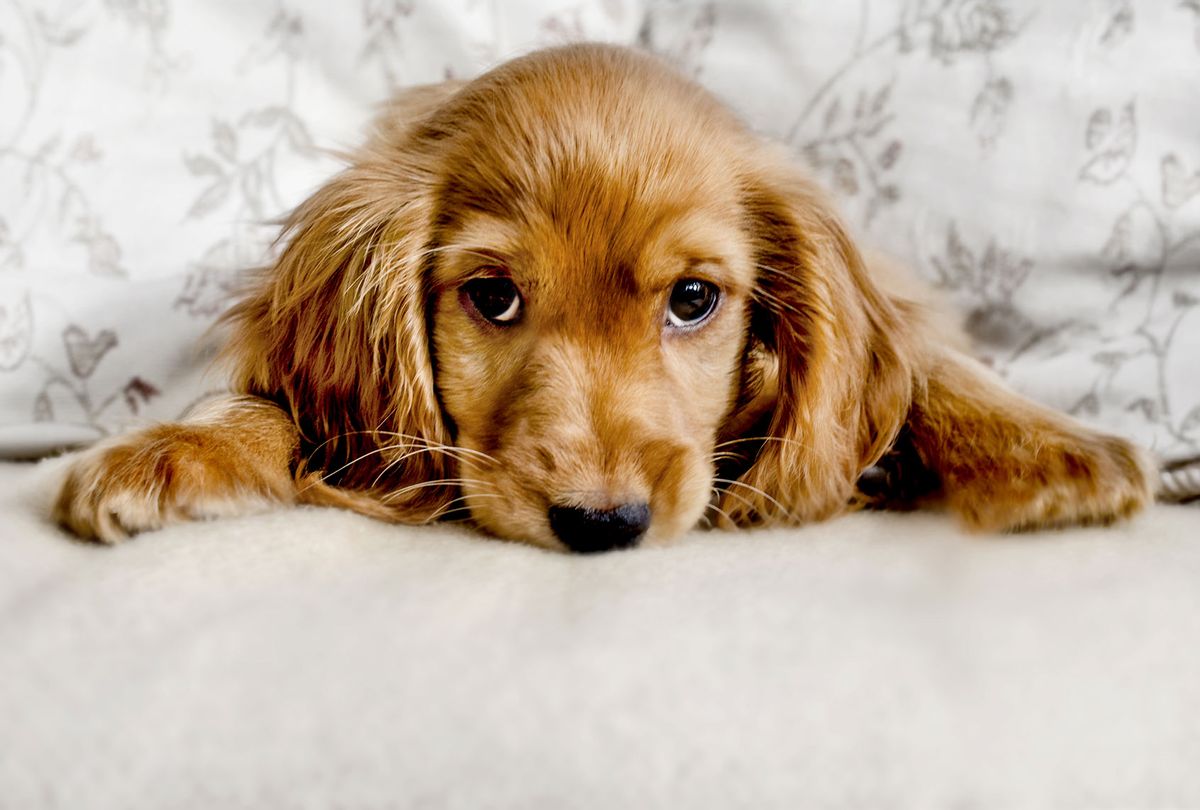 Rick Allen is an obedience specialist who, perhaps unsurprisingly, identifies as a dog lover. But there is one moment in particular that stands out to him — a moment when, he believes, a dog subtly let him know that the love went both ways.

"I fell a few years back outside my house while with Jack, a five-year-old black and white 'Heinz 57' mix of a dog I adopted a couple of years ago," Allen told Salon by email. Allen "busted up his ankle" while he was outside. Injured, he then waited in the driveway for his daughter to come help.

"Jack sat by me with his paw draped over the same leg of the foot I hurt until she got there," he said.

In soliciting interviews for this story, about whether or not dogs can feel "love" as we know it, numerous subjects described similar experiences — those mystical moments when, based on soulfulness in a dog's eye or a similar paw-embrace, humans felt completely certain that their dogs loved them.

Jean Alfieri, a self-described "dog fan," is an award winning author who wrote a beloved canine tale, "Zuggy the Rescue Pug." She recalled the moment she befriended Wyatt Wyatt, "a small dog who fills the room with his big, boisterous personality." There is no doubt in her mind that Wyatt picked her.

"I had gone to the Humane Society looking for a specific breed — not his," Alfieri told Salon by email. "Yet he sat proudly in the passenger seat next to me on our way home. A twenty-five-pound chunk of lovable pug! His tongue bobbed from his mouth. Eyes squinting as the cool A/C hit his face. Occasionally he would gaze out the window to take in the desert view. More frequently he looked at me, with an unmistakable admiration I knew was misplaced. It was the same look he'd given me while sitting in his kennel."

It was the kennel moment when she and the pug connected through their eyes.

"When he turned those eyes on me, my heart melted," Alfieri explained. "Forget that he was a 'senior' pup with a few health issues. For us, it was love at first sight." Alfieri added that she and her husband adopt senior dogs "or vintage puppies, as we prefer to call them."

Despite anecdotal experiences such as these, scientists have not always been so sure about whether dogs can feel love. The 17th-century French philosopher René Descartes infamously vivisected dogs because he believed only human beings could have souls. This prompted an eighteenth century French Enlightenment philosopher, Voltaire, to rejoin roughly a century later, "Answer me, you who believe that animals are only machines, has nature arranged for this animal to have all the machinery of feelings only in order for it not to have any at all?"

The Descartes-Voltaire debate has bedeviled philosophers ever since. One might think that Descartes, taking the less idealistic view in this situation, would wind up being proved right by animal behaviorists in later centuries. As it turns out, though, science has wound up coming down on Voltaire's side.

"Dogs get a rush of endorphins and serotonin when bonding and playing with us, and the same thing happens to us too," Dr. Linda Simon, a veterinary surgeon and veterinary consultant‌, told Salon by email. "This strengthening of the relationship is mutually beneficial and leads to a strong connection."

As Simon pointed out, dogs have co-evolved with humans for thousands of years, forming an alliance with us as we realized teaming up could yield benefits to both species — namely, food.

"Dogs are nobody's fool and they long ago realized that it paid to be 'man's best friend,'" Simon wrote. "In return for scraps of meat and shelter, ancient dogs would protect us from predators, guard our livestock and offer companionship. This relationship had mutual benefits so was destined to succeed from the start. Naturally, over time, the bond between man and dog strengthened."

She pointed to one example that scientists have noticed about the human-dog relationship: While most animals avoid eye contact with humans and flee from us when stressed, "our dogs seek out our eye contact and look to us for what to do when stressed." Their trust and love for us, and vice versa, is embedded in our DNA — and theirs.

"Several neuro-imaging studies have confirmed that dogs are hard-wired to be attuned to us and our voices and feelings," Simon explained. "In fact, an owner's smell can trigger the 'reward center' of the dog's brain, giving them a feeling of happiness and wellbeing."

A contrarian might respond to all of this by arguing that the interactions above involve self-interest and entail chemical interactions. To the extent that this would be true for dogs, however, it would also encompass every living creature that is capable of affection. It would also fail to explain moments of canine compassion and selflessness. If "love" is indeed nothing more than a chemical cocktail, then it is for humans as well as for dogs.

Yet the emotional connection between dogs and humans extends to other emotions, too. A 2019 study found that "long-term" stress levels were "synchronized" between dogs and their owners. Researchers studied cortisol levels in dogs' hair follicles and compared them with humans.

"Human personality traits [like] neuroticism, conscientiousness, and openness significantly affected dog hair cortisol concentrations," the researchers wrote in Scientific Reports. "Hence, we suggest that dogs, to a great extent, mirror the stress level of their owners."

The hormone oxytocin, often called the "love" hormone, helps reinforce bonds between humans and other humans, particularly family members. In 2015, Japanese researchers found that oxytocin increases when humans and their dogs interact, and especially when they gaze into each other's eyes. The same effect was not observed in wolves, even when the wolves were raised by humans. That suggests that dogs evolved specifically to feel attached to us.

In other words: the feeling is mutual.