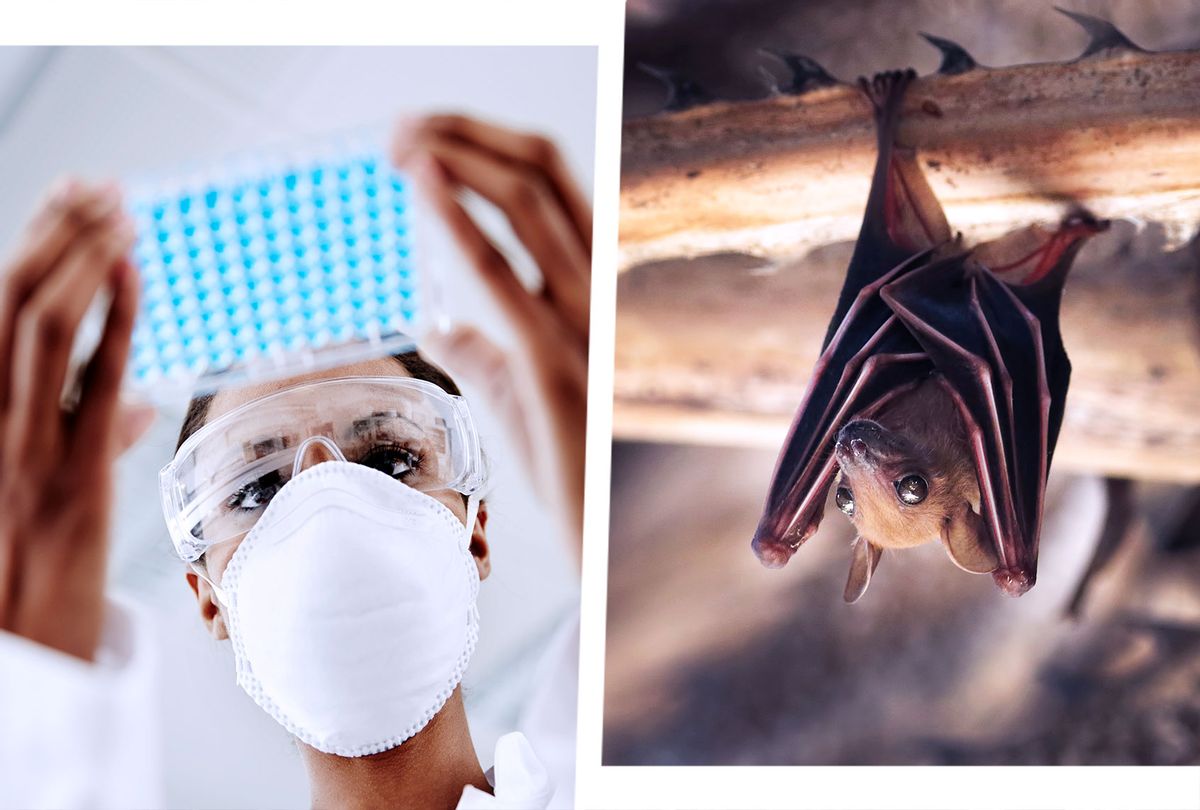 Here's most important thing to understand about the idea that COVID-19 originated in a Chinese lab: It's not very likely, and most of the science still points toward natural origins, meaning random transmission from an animal species. As with Saddam Hussein's mythical "weapons of mass destruction," which led to the Iraq War, evidence for the "lab leak" theory is mostly right-wing wishful thinking, tied to a couple of thin pieces of not-really-evidence, and held together with the duct tape of speculation. Meanwhile, evidence for a natural origin, while far from complete, is scientifically sound and fits with everything that's currently known about the evolution of coronaviruses. When you really dig into the competing theories, it becomes clear that while "lab leak" makes for a good TV plot, there's not much else going for it. The theory of animal-to-human transmission, while less dramatic and perhaps less emotionally satisfying, is the likelier one.

Yet we now have a Politico-Harvard poll released Friday morning that shows Americans are "almost twice as likely to say the virus was the result of a lab leak in China than human contact with an infected animal." And while the lab-leak theory has been hyped by Trump apologists looking to distract from the ex-president's massive mishandling of the pandemic, the buy-in for this unlikely theory is not particularly partisan. Politico reports that "59 percent of Republicans and 52 percent of Democrats" believe the lab-leak narrative, while only 28 percent said the virus came "from an infected animal." This is a dramatic change from March 2020, when only 29% of Americans — basically far-right authoritarians — endorsed the lab-leak theory.

So what happened to change people's minds? Well, it wasn't persuasive evidence. On that front, nothing has changed. No one has produced any biological evidence to dispute last year's findings from the Tulane University School of Medicine, which "determined that SARS-CoV-2 originated through natural processes by comparing the genetic sequences and protein structures of other coronaviruses to those of new virus." There have been no whistleblowers, unless you count the Australian scientist who worked until November 2019 at the virology lab in Wuhan, and who says "it was a regular lab that worked in the same way as any other high-containment lab," which is to say she saw nothing sinister or careless.

The scientific evidence points in the same direction that it did a year ago, as Lindsay Beyerstein argues in a science-heavy, deeply technical piece for the New Republic: "20 years of post-SARS research into the origins and spread of bat coronaviruses point to a natural origin for Covid-19," and the supposed lab-leak evidence "is neither new nor compelling."

It wasn't evidence that changed people's minds. It was irresponsible media hype of the "lab leak" theory, brought on by a major push from right-wing conspiracy theorists, and also some gullible pundits and journalists who let themselves be used by the right.

The whole thing really started with Sen. Tom Cotton, R-Ark., who has been pushing the lab-leak theory from the beginning of the pandemic. He was, correctly, dismissed as a racist conspiracy theorist for months by the mainstream media. This is the same guy who believes that China is hosting the Winter Olympics so it can create super-soldiers by stealing the supposedly superior DNA of American downhill skiers and Canadian hockey players.

But then the Wall Street Journal got in on the act in May, publishing a story about three employees at the Wuhan Institute of Virology developing a respiratory disease in the fall of 2019. After that, it was on, in a way strikingly reminiscent of the hype around WMDs during the lead-up to war in Iraq. As I documented at Salon, a number of supposedly liberal commentators, more interested in proving their supposed fair-mindedness than looking at the actual evidence, started scolding the mainstream press for supposed "liberal bias," as if the press was ignoring solid information because it came from conservative sources. (Notably, many of the people behind this pressure campaign — including Substacker Matt Yglesias and New York magazine columnist Jonathan Chait — also championed the "WMDs in Iraq" theory.)

Instead, the truth was that the press was ignoring crank conspiracy theorists who have no evidence, not out of "bias" but because that's actually sound journalistic practice. As Beyerstein points out, "the Journal's reporting actually made the case for a lab leak weaker, relative to what the State Department [under Trump] had previously claimed," because all it revealed was "a story of three people going to the doctor with flu-like symptoms during flu season." It's also unclear how putting this unsupported accusation up for "debate" by cable-news talking heads will get us any closer to the truth of COVID-19's origins, especially when the "debate" will include people like Cotton, who are happy to tell shameless lies in public.

But the browbeating from Republicans and their useful idiots on the left worked. Mainstream media started to report that the "the Wuhan lab-leak theory suddenly became credible," when all that had really changed was the amount of chatter about it. The Washington Post issued a correction, removing the word "debunked" from previous reporting on Cotton's conspiracy theories, which caused an avalanche of gloating coverage from right-wing media. The term "lab leak" exploded all over headlines and cable-news chyrons, with very few news consumers reading or listening further to hear the details, such as the fact that there isn't any substantive evidence, just lots of speculation.

I can't believe this has to be said, but speculation isn't evidence. But what the right understands — and the press apparently doesn't — is that most news consumers don't do a great job of distinguishing speculation from evidence, especially when it's presented in a bunch of scientific jargon. Instead, they just absorb phrases like "lab leak," assume that must be a fact, and get on with their day. Which is exactly what hawks hoping to stoke conflict with China are counting on.

The Chinese government is authoritarian, secretive and sinister, make no mistake. From the beginning of the pandemic, it has acted like authoritarian governments do, by concealing the truth and deflecting blame as much as possible. Notably, this was also how Donald Trump reacted from the first moment he was told about COVID-19. That was why he put so much effort into trying to bully health authorities out of collecting and reporting COVID-19 case numbers.

But the fact that Trump lied his ass off about COVID-19 doesn't mean he actually created the virus. That's the kind of speculative leap that the media should avoid, absent real, substantive evidence. Yes, even when we're talking about China and not Trump. This new poll, suggesting that most Americans now believe a theory that remains unsupported by any actual evidence, should make clear why it's important not to go hog-wild the way the press did over this.

As the "WMDs in Iraq" fiasco shows, the stakes are extremely serious when speculation about foreign adversaries is allowed to dwarf actual facts in the press. Tom Cotton is not interested in scientific inquiry. He wants an escalation of conflict with China, the kind that could lead to an immensely destructive or even apocalyptic war. Cotton is also a liar and a conspiracy theorist. The initial impulse of the press, which was to disregard his yapping and hold out for real evidence, was the correct one. But once again, the media caved to right-wing pressure, bending over backward to entertain unproven theories and appear "balanced." And since it's entirely possible that no definitive proof of the COVID-19 virus's origins will ever emerge, we may be stuck with this unsubstantiated narrative for years or decades to come.