The multiverse is a common plot point in shows like "Rick & Morty" and "Loki." But is it real?

Multiverses give writers endless possibilities for storytelling. But is our universe really one of many? 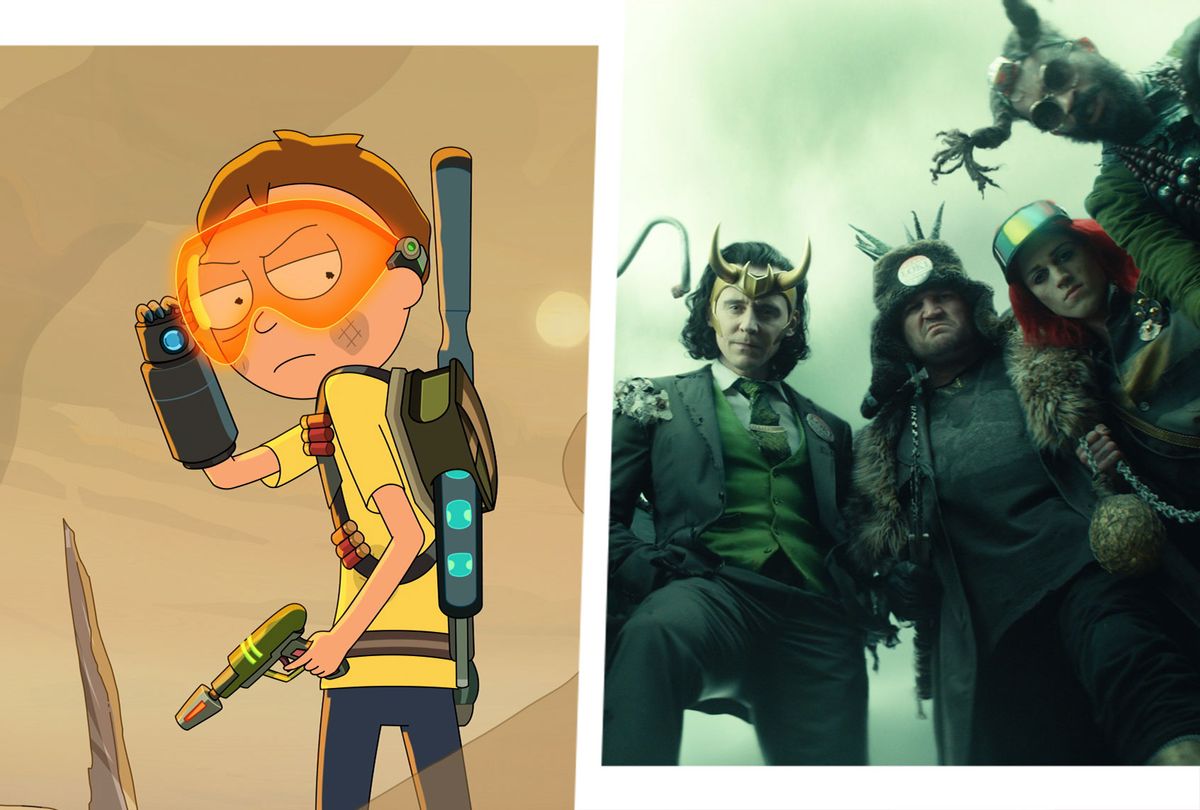 Our age of pop culture is defined by its mega-franchises: Remakes, reboots, soft reboots, spinoffs and the behemoth literally known as a "cinematic universe" have gobbled up massive chunks of our movie, television, literary and musical landscapes.

Not surprisingly, the fictional realms we create with our imaginations have also begun using an intriguing scientific concept to ground their sprawling fantasy universes in the real world: The idea that we may live in a multiverse, meaning a larger plane of existence in which our universe is merely one of many.

Two of the most popular series in America are leaning heavily into their own brand-specific multiverse theories. The television show "Rick & Morty" has used them to expand its core mythology, break new narrative ground in science fiction and offer sharp social satire. Another television series, "Loki," uses a multiverse-based storyline to retcon the protagonist's post-"Avengers" story, establish him as a narrative force independent of the "Thor" film franchise and transition the character from big screen to small. From a cultural perspective, multiverses are unquestionably real and successful.

But what is the scientific side of the story — and does it hold up?

What is cosmic inflation?

Before we can dive into science fiction, we must understand that science fact is often just as full of holes as the Swiss cheese-like narrative of your average "Star Wars" movie. Cosmologists, for instance, found that the Big Bang could not explain seeming mathematical impossibilities in the cosmic microwave background radiation that fills up all space. The laws of thermodynamics seemed to be violated when we studied patterns in the universe's temperature. Similarly, Albert Einstein's general theory of relativity could not explain why the universe is so flat when accepted laws of physics indicate that it should curve.

Cosmic inflation plugs up these and other problems — although not all scientists agree with it. (The idea of a multiverse is also controversial because most of the theories of their existence could never be disproven, and scientists are trained to be wary of non-falsifiable hypotheses.)

Cosmic inflation holds that, less than 10^-32 seconds after the Big Bang caused the universe to expand from an infinitesimal singularity roughly 13.8 billion years ago, the universe underwent a very brief period — literally fractions of a moment — during which it grew to 10^26 times its original size. After that, one argument holds, began a process known as the theory of eternal inflation: that the universe will continue to expand, well, eternally. Except, that's not exactly true — there are points where the endless expansion of our universe seems to have slowed, or even come to a halt.

If true, one theory holds that when inflation stops happening in a certain location, this may signal a collision between two universes, which may be shaped like "bubbles."

Each of these bubble universes could contain life, but we would never be able to visit them — not that it would necessarily be a good idea to do so, since the laws of physics could be entirely different there.

There are other ways that you can start at the Big Bang and end with the belief in multiple universes. Some researchers believe that there was a mirror image universe created at the Big Bang, with the alternate one exploding backward in time and making the pre-Bang universe effectively an echo of the post-Bang universe. If only one universe was created by the Big Bang and it is destined to expand forever, the fact that matter can only arrange itself into a fixed number of patterns means that everything which exists now would inevitably reappear at other points in space and time. Some science enthusiasts point to quantum mechanics, which holds that subatomic particles can exist in multiple states simultaneously but we can only observe them one at a time, and speculate that with every outcome we observe, alternative outcomes occur in other worlds.

What do we know about possible alternate universes?

Max Tegmark, a cosmologist and mathematician at the Massachusetts Institute of Technology (MIT), says that there are four possible ways that a parallel universe could exist — but if the laws of physics there are fundamentally different from our own, all bets are off in terms of making an informed guess about what it might look like.

A parallel universe, however, could also be basically the same as our own in terms of its physical laws and life forms. If so, there is the possibility that a parallel universe has the same fundamental laws of physics as our universe but different bylaws — or that those laws were applied to different initial conditions.

In a sense, that means even if "Rick & Morty" and "Loki" get some of the science wrong (at least as we currently understand it), there is no reason they couldn't add new material to their stories to make it right.

It is also possible that science will someday come around to seeing things the way that the creators of "Rick & Morty" and "Loki" do. It wouldn't be the first time that science fiction predicted the future.

Barring that, of course, they can continue to follow the example set by the movie "Avengers: Endgame" and simply use scientific ideas to move the story where they think it needs to go.

The beautiful thing about art is that, unlike science, the artists get to make the rules.