"Loki" is an enjoyable, aesthetic romp that feels smaller than the God of Mischief deserves 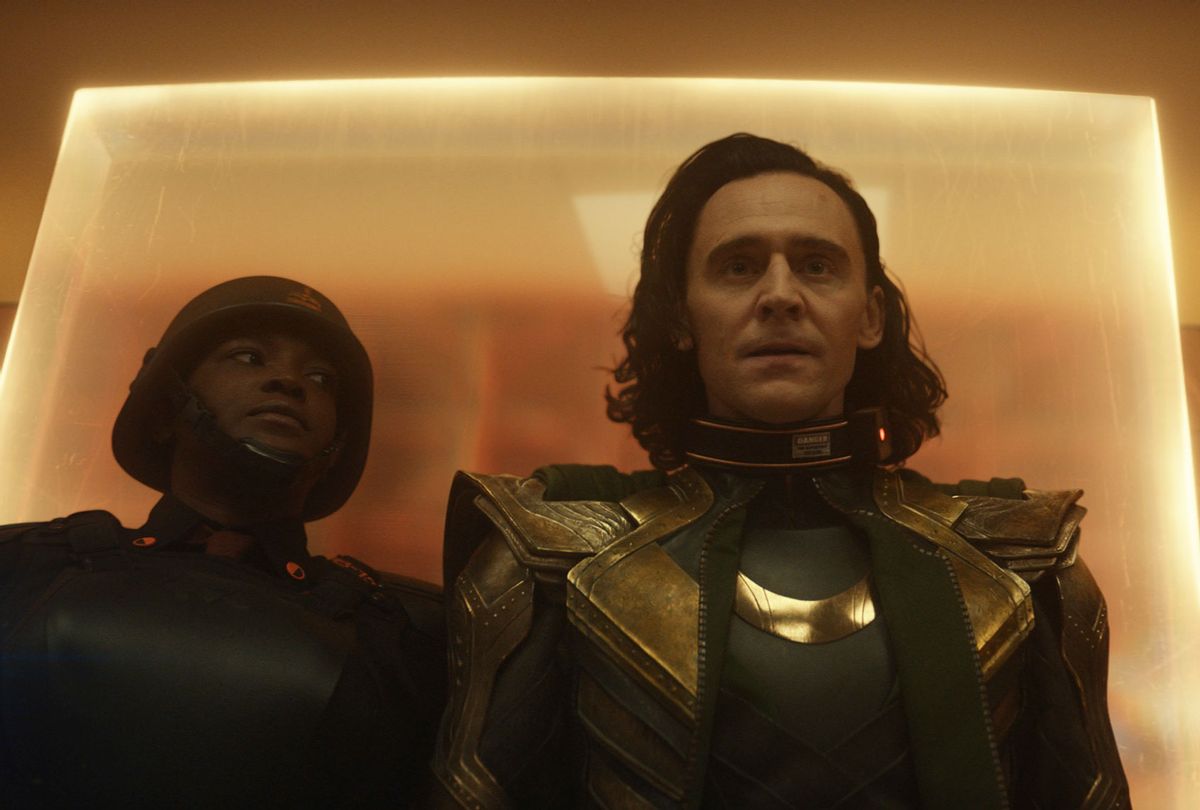 Each new TV variant of Marvel's Cinematic Universe becomes a little less extraordinary than the last and more overt in its role as a Bifrost between past films and future ones. This was always the plan, and as long as audiences understand that, they can easily accept these shows for what they are.

Still, it's strange for "Loki," a series about a god, to feel smaller and, though it pains me to say so, like an average-to-good TV story. Given Tom Hiddleston's beloved status among "Avengers" fans and the introduction of Owen Wilson to the franchise, it should feel more creatively expansive than it does. Instead it is entirely about its central pair and moreover, their familiar personas.

Still, Hiddleston and Wilson are marvelous together. No question there. Series head writer Michael Waldron correctly takes every opportunity to exploit the duo's chemistry by pairing them up as frequently as possible within the two episodes made available for review.

And Wilson's lawful, straitlaced agent Mobius M. Mobius splendidly complements Loki's God of Mischief, imposing order on the Asgardian trickster's chaotic tendencies whenever he can. He's also very much being an "Owen Wilson" guy  to Hiddleston's snippy, arrogant Loki which is what people want, yes? Entertainment is all about giving the people what they want.

Nevertheless, "Loki" sparks markedly less of the level of curiosity and fascination that marks the start of "WandaVision," and little of the essential excitement woven throughout the premiere of "The Falcon and the Winter Soldier." It's less of an experiment or a classic adventure than . . . a highly expositional small screen fable.

And "Loki" really should feel larger and sleeker than its predecessors given the title character's prominence in the MCU.  Sam Wilson and Wanda Maximoff are the focus of their own respective comic book series, but in the Avengers movies both occupied support roles. Loki was the team-up's first major adversary and benefited from a character deepening redemption arc afterward.

Until, that is – and I assume that if you're reading this, you're caught up on the movies – his road ended when Thanos snapped his neck in "Infinity War."

Next to nothing is permanent in the realm of comic books, death included. In "Endgame" Marvel tosses him a life preserver when Steve Rogers, Tony Stark and Scott Lang went back in time and accidently allowed one the Infinity Stones, the Tesseract, to get back into Loki's hands. He immediately vanished with it in his hands . . . which is where "Loki" picks up.

Before the Norse trickster can do too much damage he's captured by the Time Variance Authority, the highly bureaucratic keepers of our sacred timeline. They neuter his powers, slap him in a jumpsuit and would have been done with him, if not for Mobius swooping in and deciding he can be the useful.

A common aspect to all MCU shows is that it is tough to judge where they're going by the first or second episodes, which is all critics have to work with at the moment. From what "Loki" reveals in those segments, it's enjoyable enough and aesthetically potent, borrowing design influences from the late '60s and '70s – which may remind some people of another Marvel-rrelated TV property, "Legion." The similar visuals add breeziness to this show's tone as well, aided by Hiddleston and Wilson's combined appeal. However, that FX show was substantially weirder, immediately more perplexing but seductively so. "Loki" lacks this. If anything the plot is excessively plain.

Waldron is also tasked with explaining, in some fashion, how the Marvel multiverse works while establishing rules for time travel, a framework Stark and Bruce Banner could only begin to translate. That's a huge task for anyone, whether we're talking about real geniuses or fictional. Doing so in a TV series format inevitably leads a viewer to see a lot of other shows in "Loki" too, primarily "Doctor Who," "Rick and Morty" (for which Waldron wrote) maybe a bit of "The X-Files," "Voyagers" and . . . "Timecop"? . . . along with the inevitable slew of flicks concerning the nature of reality and time travel, like "The Adjustment Bureau" and, um . . . "Timecop" (yes, again, but as a film).

Reads like some kind of chunky mash-up, doesn't it? Devouring it will likely prove to be as effortless. Marvel has its addictive formula down pat.

That's the part about "Loki" that bothers me a little, as if I had bitten into a supposedly premium sweet treat that tastes very much like an equally enjoyable and cheaper bodega snack. The packaging differs, and it's marketed at a higher price point, but empty calories are empty calories.

Still, to keep this metaphor going, if I wanted an Oreo, I would've bought a box of Oreos. And that makes me wonder whether this particular sandwich cookie is worth the extra time and narrative flab. Only for a moment though,  because who are we kidding? We're definitely going to finish this. Gotta keep up with the franchise.

"Loki" leads to "Doctor Strange in the Multiverse of Madness," which also links to "WandaVision." That show first presented itself as a careful and pleasing homage to the TV sitcom, bewitching and bewildering viewers in doing so. But then it did an about face, revealing itself to be a rumination on despair, denial and the urge to retreat brought on by massive loss.

"The Falcon and the Winter Soldier" has a simpler directive in that its makers were made to explain the rough burden Sam Wilson shoulders in his choice to take up the Captain America mantle.

"Loki" is a character-driven show about a character we already know that was slapped by a hard reset. OK, fine. This Loki never contended with his mother's murder or was force to ally with the brother he hated for the common goal of saving their home. In the mind of this Loki, Ragnarok hasn't happened yet. Potential morality conflicts abound.

But the main thematic concerns of these opening two segments are the nature of good and evil and predestination. The Time Variance Authority is obsessively by the book, assuming a level of authority over this reality for the sake of ensuring order. Some, like Wunmi Mosaku's Hunter B-15, take pleasure in maintaining the status quo through direct action and sanctioned violence. Others, such as Gugu Mbatha-Raw's Judge Ravonna Renslayer, operate under a simple faith that powers guiding the TVA are all-knowing and righteous.

This gives Waldron and the writers an opportunity to sink into deeper themes about free will and the necessity of chaos, which may happen. But I also fear that the scripts may take the simpler and more obvious quick-and-dirty TV storytelling path of using "Loki" to redeem a classic villain or make him into an antihero, recycling a move that cha-cha-cha'd through most the aughts and the 2010s.

That led to stunning TV, but at six episodes "Loki" doesn't have adequate time to shoot for such complexity. However, that is enough time to take an reductive approach to the most basic of themes about villainy and whether "bad" people may actually have a few good sides.

These are hunches, really, ones based on previous shows, some more enjoyable than others. That's beside the point with "Loki," which exists almost expressly as fan service, offering its elbow to safely walk us across this bridge in the franchise. It's a handsome escort, certainly. But I do wonder how long it can hold up its end of a deeper conversation.

The first episode of "Loki" premieres Wednesday, June 9 on Disney+.