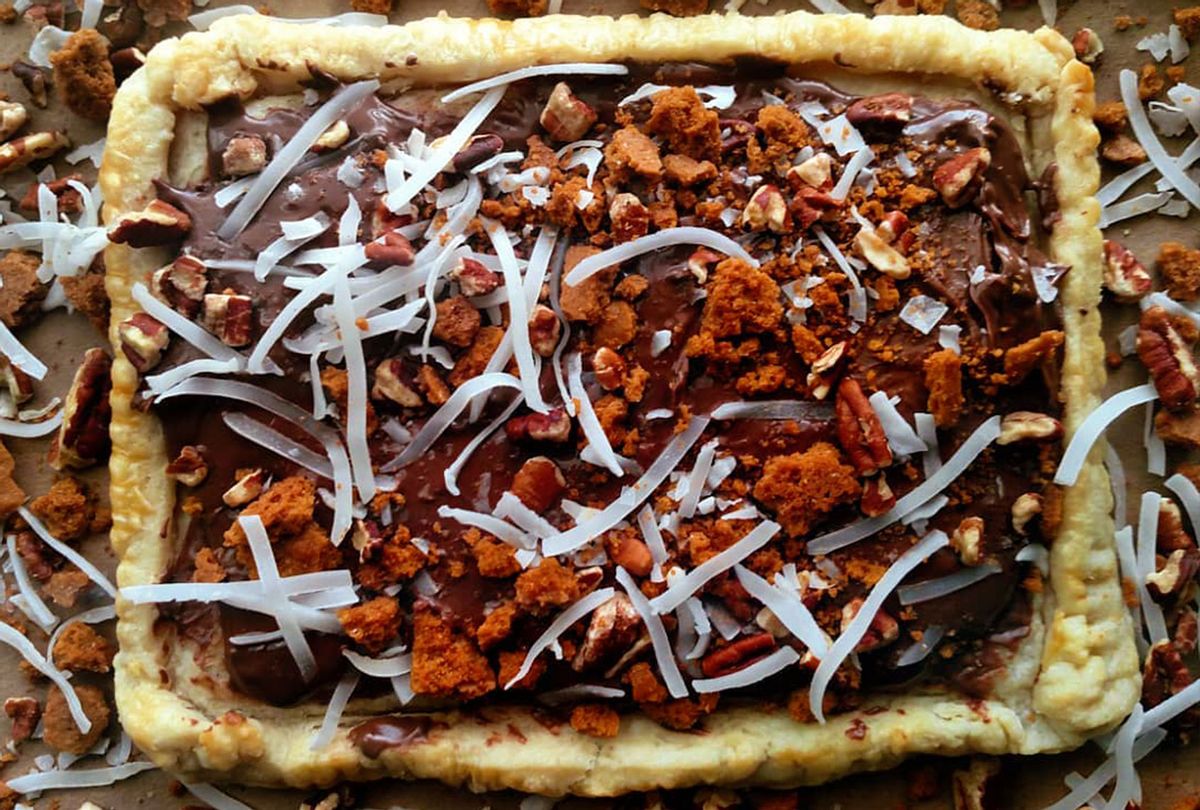 The first time I had Nutella was at one of those off-brand combo pizzeria-arcades that exist in the shadow of Chuck E. Cheese. Despite the questionable surroundings — animatronic animals that occasionally blipped to life, flickering lights, everything smelling vaguely of singed plastic — the chocolate hazelnut spread, which was used to coat a sweetened pizza crust and then covered with fresh-ish fruit, was a revelation.

I've been chasing that high ever since.

As evidenced by its frequent use on items like dessert pizza, Nutella is a shortcut to low-effort yet playful desserts. For something so simple, it has a lot of nuanced flavor packed in that jar; there's the slight bitterness of the chocolate and the inherent saltiness and nuttiness of the hazelnuts, all bolstered by a rich, sugary sweetness.

Recently, I used it as a building block to combine two of my favorite desserts, a simple chocolate tart and coconut dream bars, into a stellar summer pastry that comes together in less than 15 minutes.

Coconut dream bars — which are also called seven-layer bars and, occasionally, Hello Dollies — are packed with chocolate, nuts, shredded coconut and graham cracker crumbs. Nutella takes care of the chocolate portion and, after spreading it over a layer of buttery puff pastry, I used the other key bar ingredients as toppings, alongside a generous sprinkle of flaky sea salt.

The Nutella and puff pastry combination works well as a base to riff on other desserts as well. For a play on tiramisu, swirl the Nutella with mascarpone and top with crushed chocolate-covered espresso beans. To mimic a chocolate and fruit tart, cover the pastry with the chocolate spread and then top it with tidy, alternating rows of fresh raspberries and whipped cream.

1. Roll the puff pastry into a thin rectangle, then crimp the exterior edges inward to create a half-inch border. Brush the pastry with the egg wash and bake according to the package instructions.

3. Remove the pastry from the oven. Once it is cool enough to handle, spread the Nutella over the pastry, stopping at the border. Generously coat with the prepared topping and enjoy.