In the gripping "La Civil," a daughter is kidnapped as the fallout of Mexico's ongoing drug wars 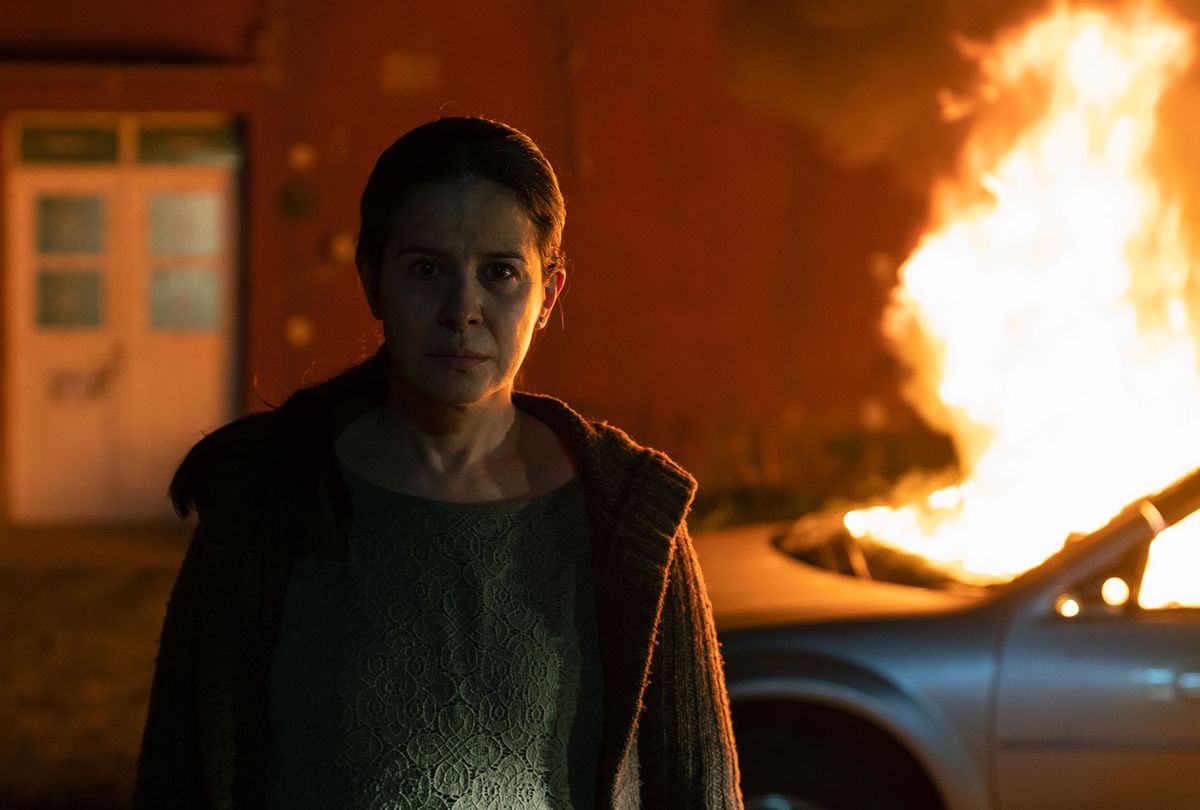 In the opening scene, Cielo (Arcelia Ramírez) tells her daughter Laura (Denisse Azpilcueta), "Don't come home too late tonight," as she heads out to meet her boyfriend, Lisandro (Manuel Villegas). Cielo is unaware this may be the last time she may ever see her daughter.

"La Civil," set in contemporary Northern Mexico, quickly plunges Cielo into every mother's worst nightmare — that of their child being kidnapped. (See "Madre" as another variation). While out driving, Cielo is stopped by a cherry SUV, and El Puma (Daniel Garcia, of "I'm No Longer Here"), demands the delivery of 150,000 pesos — "If you want to see your daughter again." Cielo is, naturally, unnerved, and reconnects with her ex-husband, Gustavo (Álvaro Guerrero), to pay the ransom. They do not report the kidnapping to the cops or soldiers who patrol the streets.

Of course, what should be a quick resolution is not, and Cielo quickly decides to take matters into her own hands. As a result, she encounters a fair amount of danger, shifting from victim to vigilante over the course of the story. Ramírez captures Cielo's nervous energy, especially when she weighs the decision to shoot someone she believes is responsible for her daughter's disappearance.

Mihai's film is as relentless as Cielo; it takes its protagonist and viewers into a dark world and recounts stories that are inspired by true events. As news reports describe unidentified, decapitated bodies being dumped on the streets, Cielo meets a morgue attendant who ends up footing the bills for the funerals, while another woman discloses that she pays a monthly protection to the local cartel.

When Cielo seeks assistance from the police, they can't, or won't, help her. She connects with Lieutenant Lamarque (Jorge A. Jiménez), after Cielo's stakeout efforts produce some leads — and her house is shot up and a car is set on fire. They must be discrete, Lamarque says, as he warns her, "This could get very ugly."

The strength of "La Civil" is that it shows the ugly without overdoing it. Cielo is a proxy for the audience to learn about the insidious practice of capture and torture. One brutal scene depicts Cielo visiting a space where victims were being held, with bloodstains all around and meat hooks hanging empty. Another scene takes place at a mass grave, where Cielo digs furiously hoping (not) to find her daughter. The reality of the violence born out of the drug war effectively permeates every frame of the film.

Mihai takes her time telling the story, which can cause the film to drag in places. After the rush of the setup, the stakeout scenes provide a slow second act. A subplot involving Gustavo's much younger girlfriend, Rosy (Vanes Burciaga), whom Cielo suspects is involved in her daughter's disappearance at one point, could have been cut. The film also gives Lamarque the space to tell a not unwelcome story about Mexico and how folks can get everything from broccoli to washing machines for free — as such these items are always falling off trucks, especially on dangerous roads.

"La Civil" is strongest when it engages in action. Watching the soldiers storm a house to capture a possible informant is exciting. That Cielo knows the individual adds a layer of complexity to the scene. In a great throwaway moment, Lamarque puts his hand on Cielo's shoulder to comfort her at what must be a difficult moment of betrayal, and she shrugs it off, seething in anger.

Ramírez is exceptional in the lead role. She burns with rage and disbelief as she encounters ineffectual cops, her passive ex-husband, and others whose lack of urgency or concern infuriates her. Mihai does give Cielo a cleansing shower and an impulsive haircut to signal her life change after a particularly devastating moment, but these symbolic moments also give viewers a breather. The tension ramps up in the latter half of "La Civil" as Cielo gets closer to finding some kind of closure.

When the aforementioned informant is interrogated, he confesses to the hard choices he had to make. His remarks explain, but do not excuse, his behavior. While they may provide Cielo with some understanding, what he says may also not even be true. The ambiguity here is terrific. Likewise, when Cielo has a confrontation with El Puma, the scene crackles as she's determined to break him, imploring him to have some shred of decency or humanity, and he remains fiercely uncooperative. Another exchange, between Cielo and Lisandro, who has ended up in jail, impacts her as well. But when he tells her, "I've seen and done terrible things," she may feel pity, but she also has had her share of tragedy, beyond just the possible loss of her daughter.

Ramirez makes viewers feel the weight of Cielo's struggle throughout "La Civil," which is why the film is so powerful. And Mihai shoots her protagonist in intense close-ups throughout the film that scrutinize her as she goes on this harrowing emotional journey. But more importantly, Mihai gives voice to the individuals — the criminals, the victims, and the innocent bystanders — to show the ripple effects of the cartel violence in Northern Mexico, and, by extension, elsewhere. It is an authentic portrait of this dangerous world.

"La Civil" may not traverse new ground, but it is gripping, nonetheless.