The film, which follows a man subject to Paragraph 175, won the Jury prize in the Un Certain Regard section 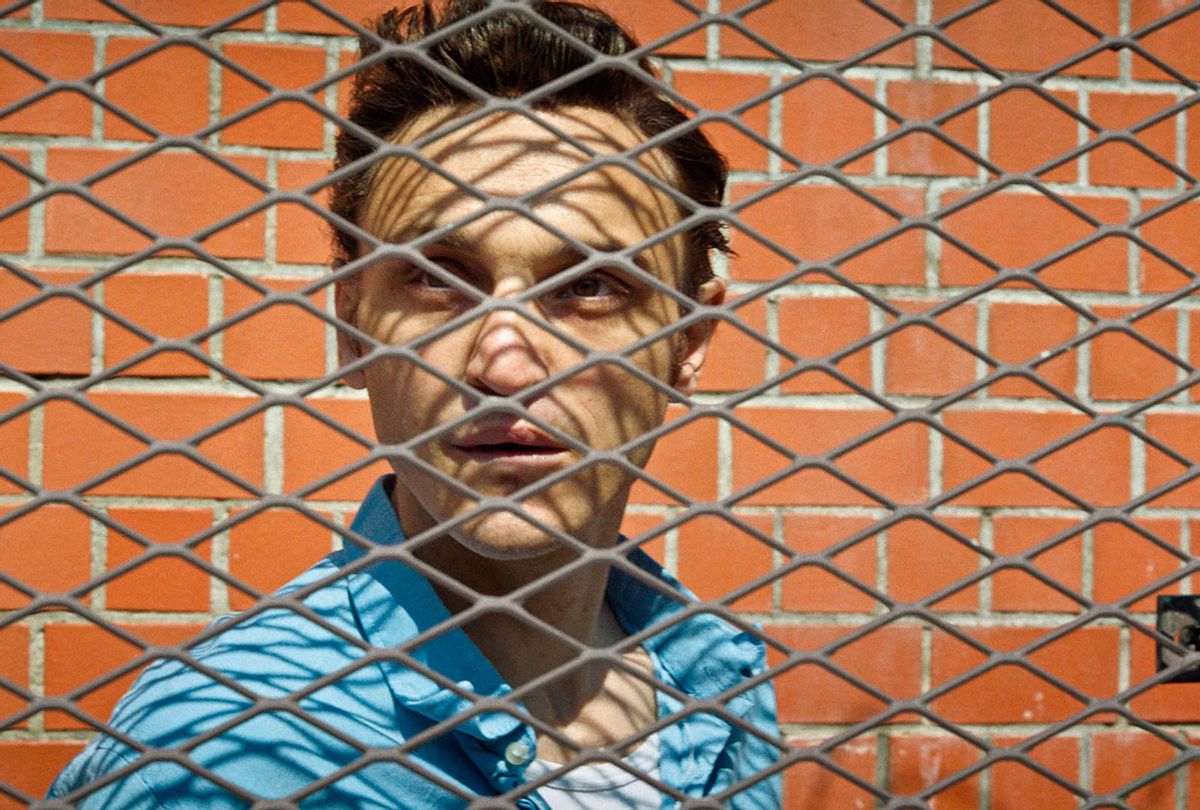 The Great Freedom (The Match Factory)
--

"Great Freedom," which won the Jury Prize in the Un Certain Regard section of this year's Cannes Film Festival, is a poignant, potent drama — and a love story, actually — featuring an all-male cast and taking place almost entirely within the confines of a German prison.

Hans Hoffman (Franz Rogowski of "Undine") is arrested in 1968 for "deviant sexual practices" under Paragraph 175. Sentenced to two years in jail without probation, he enters the prison system where he recognizes both Leo (Anton von Lucke), a teacher, who was also arrested in the same sting operation — a hidden camera in a public toilet where men met for sex — and Viktor (Georg Friedrich), whose connection to Hans is slowly revealed.

Hans seems resigned to his life behind bars, and he is observant, picking up cues as he surveys the men on the yard. When he protects Leo from some abusers, Hans ends up in solitary. Director Sebastian Meise, who cowrote the film with Thomas Reider, plunges viewers into the darkness of Hans' experience in the hole, illuminating some scenes with just a match or a through a peephole. The filmmaker's commitment to the world — he filmed in an abandoned prison — adds to the picture's heightened realism.

And it is at this moment in "Great Freedom" that the story shifts back to 1945 and reveals that Hans has been in this same cell before. He was then finishing four months of an 18-month sentence after being held prisoner in a concentration camp. Hans' scrawny, naked frame (Rogowski reportedly lost more than 25 pounds for the role) illustrates the horrors of that experience. So does the serial number on his arm, which catches the attention of his cellmate, Viktor. Viktor is initially wary of Hans — he does not want to share a cell or associate with a gay man — but Viktor, who is imprisoned for another crime, helps Hans alter his tattoo, a scene that has a real intimacy.

Meise introduces a third narrative thread in the film, which also features Hans and Viktor. In 1957, Hans is jailed again under Paragraph 175, this time along with his lover, Oskar (Thomas Prenn). Hans performs a sexual favor for Viktor in order to get his former cellmate to pass communications along to Oskar. How Hans and Oskar navigate their relationship behind bars provides one of the film's most dramatic and affecting moments.

"Great Freedom" uses these three distinct episodes from Hans' life to show how he sacrifices himself for others and finds a way to control his world in the process. It's a clever narrative approach and allows Rogowski to create a complex, multi-layered portrait of a man who is subversively operating within the rules of a restrictive systems to achieve his desires. When Hans tells Leo in 1968 to defy night watch (a headcount), it allows them to have a "first date" as they are both taken to another cell in the prison for the evening. Of course, he knows to do this because he did the same thing with Oskar a decade earlier.

Likewise, When Hans tells Viktor, in 1968, that he can help him kick his drug habit, Viktor conspires to make Hans his cellmate as they were back in 1945. The two men soon establish a caring, tender, and loving relationship. It is as pleasing to Hans as his romantic affair with Oskar, as seen in a film clip of the lovers by a lake that provides one of the few scenes that break outside the confines of the drab prison walls.

What makes "Great Freedom" so gratifying is that Hans never questions his sexuality. He adapts to each of his lover's needs and desires, even if they don't dovetail with his own. More importantly, he does not feel shame from or allow the authorities to upset him. In fact, his repeated arrests are an act of protest and defiance that indicate how unreasonable a law such as Paragraph 175 is.

Rogowski's performance communicates Hans' unapologetic character through his body language. The actor conveys awareness and resistance when he is coiled up tight, responding to the guards' efforts to control him, and he can be affectionate and sensuous, cuddling with a lover. Scenes of Hans and Leo eyeing each other at a concert, or conversing in a shower, brim with seduction. Rogowski exudes sex appeal and generates sympathy in equal measure.

Miese lets Hans' story unfold at an unhurried pace, allowing viewers to absorb all the gestures and codes the characters use to communicate. There are a few dramatic bits that are telegraphed, but those elements — and the time shifts — do not sap the film of its narrative tension. That said, anyone who saw the 2004 gay German prison film, "Locked Up," can guess how "Great Freedom" will end. That is neither a drawback nor a spoiler. Miese's film features a very impressive sequence before the penultimate scene.

"Great Freedom" is a perceptive character study about resistance and resilience, buoyed by Rogowski's impeccable performance.