The rapper's new video may be more straightforward than "Montero," but it's still layered with messages and meaning 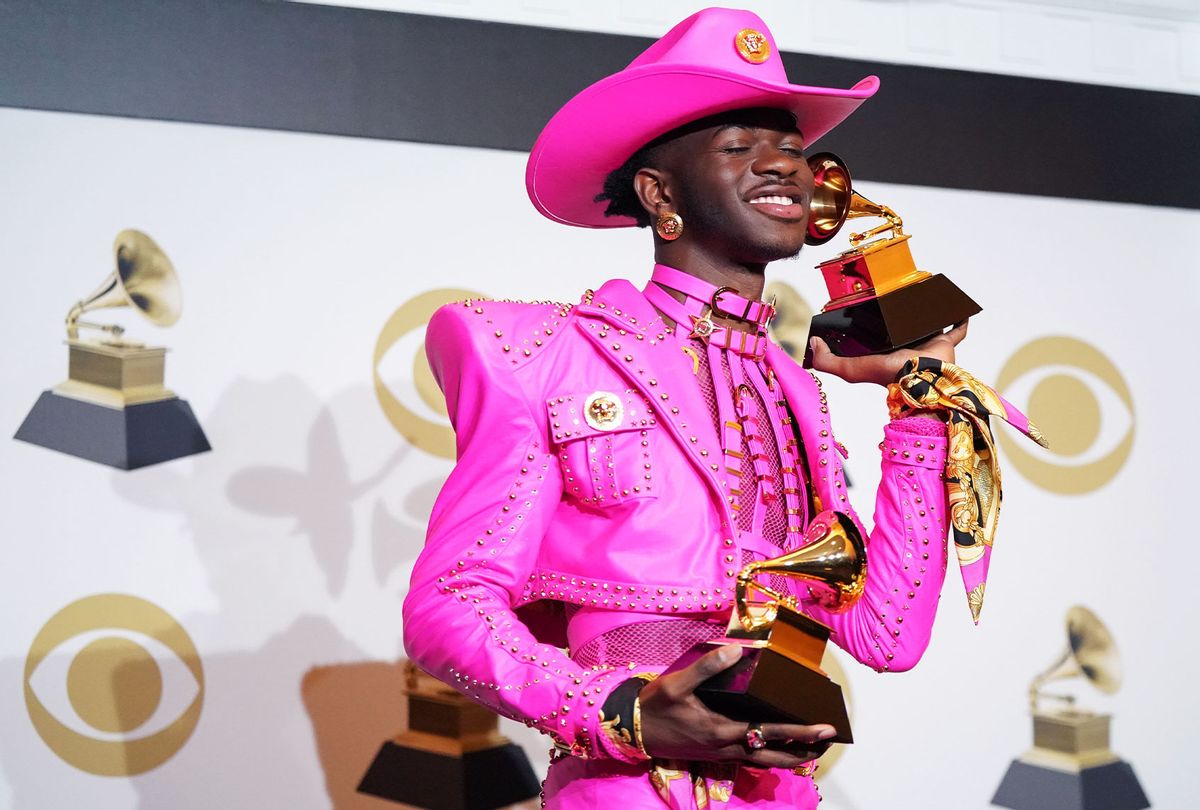 "Industry Baby," the latest release from the multitalented Lil Nas X, reminds us that the man born Montero Lamar Hill is on a mission.

Some of that directive is personal, informed by a drive to move beyond the success of his 2019 hit "Old Town Road." But that desire is dwarfed by his larger desire to advance hip-hop and pop culture toward a place that includes and embraces queerness – specifically, Black male homoeroticism.

In case you didn't pick that up after the symbol-heavy video for "Montero (Call Me By Your Name)" featured him descending into the underworld on a stripper pole and twerking on Satan's lap, the artist's new video "Industry Baby" spells it out in a more straightforward fashion.

Directed by Christian Breslauer, the three minute, 55 second opus begins with a judge (played by the performer) sentencing Lil Nas X to five years in prison. Cut to three months later, and predictably he's running the place. Of course he is: in "Montero" he took over Hell's throne after snapping the devil's neck.

His fictional Montero State Prison replaces denigrating violence with an all-nude, crisply choreographed dance in the shower. (Sorry, everybody, but the genitals are pixelated.) Our tour continues with a prison yard weight-lifting scene featuring an extra who is a dead ringer for Jason Momoa, the unofficial eye-candy for all sexual orientations.

Following a bridge featuring Jack Harlow rapping as a female prison guard grinds against him comes Lil Nas X's "Shawshank Redemption" escape. He crawls through a wall, overpowers a guard and hits a button that opens all the cell doors. The action closes with a shot of Lil Nas X twirling a t-shirt overhead as he rides on top of a bus heading out of prison – possibly in a nod to Wendy O. Williams' last stand in the 1986 cult classic "Reform School Girls."

The video takes on a different context when viewed with the promotional preview, which references Nike's lawsuit to block the limited-edition Satan Shoes released in conjunction with "Montero." The sneakers were advertised as 666 pairs of Nike Air Max 97s customized by MSCHF Product Studio.

Although Lil Nas X isn't the target of the actual complaint, the promo pits Nike against him . . . in the Supreme Court. Here his judge is bored and ready to condemn him. His lawyer, dressed like a bargain bin backup singer, doesn't say his name correctly, and the prosecution informs the jury that "This is about much more than shoes," before asking the rapper if he's gay. Answering yes leads to his sentencing.

The Wu-Tang Clan is for the children, but Lil Nas X rides for everyone down with representation. The 22-year-old is an expert at working social media hype, plugging the video days before its release and connecting the drop with a collaborative fundraiser for The Bail Project, a non-profit dedicated to providing free bail assistance to low-income people in jurisdictions around the country.

"Music is the way I fight for liberation. It's my act of resistance," he writes in his pitch. "But I also know that true freedom requires real change in how the criminal justice system works."

He continues, "This isn't just theoretical for me. It's personal. I know the pain that incarceration brings to a family. And I know the disproportionate impact that cash bail has on Black Americans."

Since "Old Town Road" became a crossover smash the rapper has been rapidly evolving both artistically and creatively with each new video and musical release. The "Montero" video is a masterpiece of provocation praised by historians for its shrewd incorporation of Renaissance-style religious iconography to condemn homophobia, immediately triggering Christian conservatives and grandstanding right-wing con artists like Candace Owens.

"Industry Baby" trumpets a somewhat similar message using a setting more familiar to the mass audience, replacing the stereotypical images of menacing inmates with a cavalier power. Lil Nas X beams with it, but so does every man wearing the Montero Prison's hot pink uniform.

While "Industry Baby" and "Montero" intentionally troll homophobes, elevating the magnificence of the Black male form through a homoerotic lens is the larger point – which is also part of the troll. Nothing makes a hater blow their top quite letting them know that none of this concerns them.

"You was never really rooting for me anyway (Ooh, ooh)/ When I'm back up at the top, I wanna hear you say (Ooh, ooh)/He don't run from nothin', dog/ Get your soldiers, tell 'em that the break is over (Yeah)"

With marginalized groups demanding positive, realistic representation in film and TV, Black male characters who love other Black men are a still a rarity. People who don't see themselves in mainstream entertainment are expected to feast on scraps, which is part of what the video's incarceration setting implies.

"Look, if you're my age and endured the STRESS of watching episodes of "Oz" as a kid just so you could see some prison peen, Lil Nas X's new video really hits. He did this one for us," tweeted Saeed Jones.

Removing the video's attention-grabbing bravura, "Industry Baby" stands as a solid personal piece, indicated in a recently posted open letter to his younger self .

"dear 20 year old montero," the artist begins, echoing the format of a message he wrote himself when the "Montero" video debuted. "i wrote a song for us. i know sometimes you feel like it's all downhill from here. i know your sexuality has made you feel like an outcast amongst your peers."

He continues, "i know going from having the biggest song in the world to being trapped in your apartment is weighing heavy on you," he wrote, acknowledging the 14-times platinum success of "Old Town Road. "i know if you hear the phrase 'one hit wonder' one more time you might combust but i need you to keep going. i need you to realize that you have the opportunity to be the person that you needed growing up."

Staging a glorious prison break is about as a queer-affirming statement as you can get, acknowledging the frustration young gay Black men experience living in a discriminatory culture while showing a path out of it. For everyone else it's an artist's announcement that he's carving out a new path and challenges the rest of us to keep up. And with its release, summer is now officially out of its cage.