Nadiya Hussain's bread pudding will have you baking with ice cream

A brilliant riff on a cozy classic 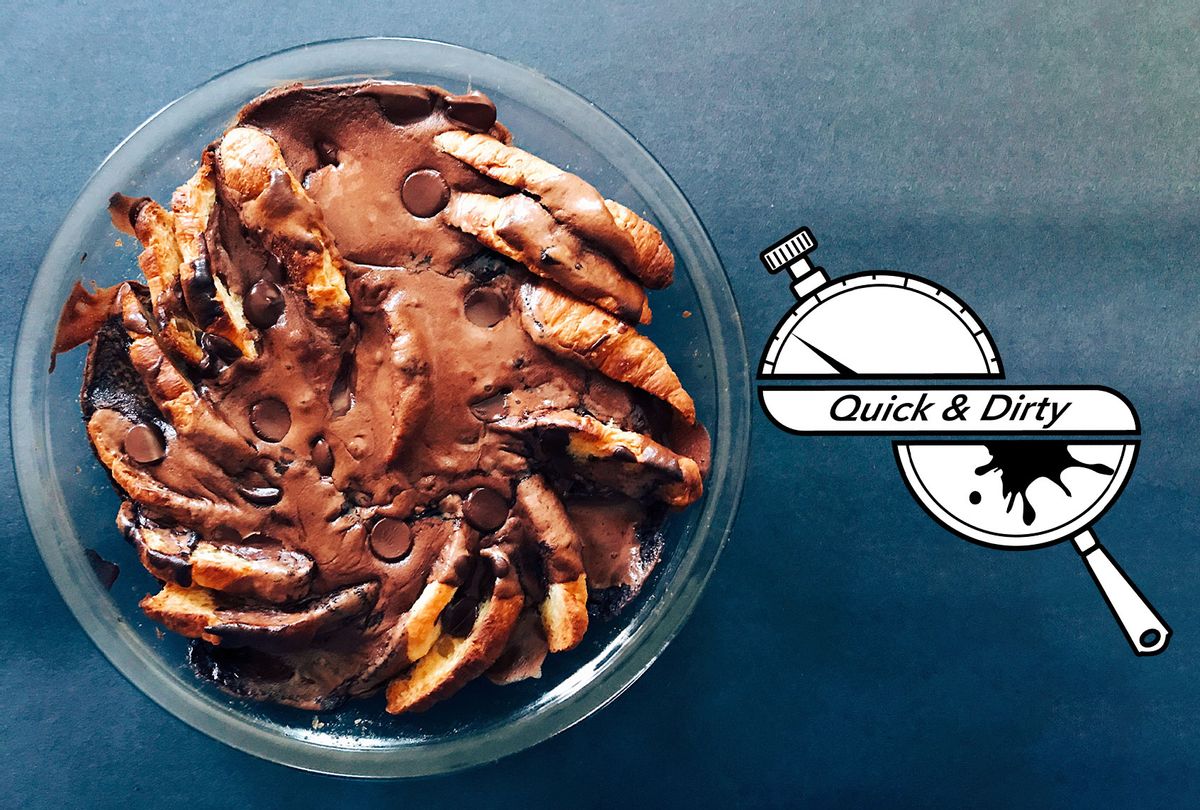 In the years since Hussain's "Bake Off" triumph, she has lived up to her vow to never put boundaries on herself. She has hosted her own cooking shows, launched a line of home goods, published a children's book and a memoir, and of course, authored numerous cookbooks. Her latest, "Nadiya Bakes," is full of sweet and savory recipes for home bakers of all levels of skill and ambition. It's a book that's perfect for the person who doesn't fall for all the intimidating hype around baking, who knows it's not really as ruthlessly precise and scary as it's often made out to be. Anything that gives you dessert at the end of the process should be fun. And these recipes are fun.

While I have been ogling nearly every page of "Nadiya Bakes" in the same way I obsessed over her Netflix series of the same name, the recipe that first called to my lazy, exhausted heart was her croissant bread pudding.

Bread pudding, a dish with its roots in thrifty home cooking around the world, is to my mind one of the greatest examples of simple ingredients elevated to stratospheric deliciousness. In Hussain's twist on the classic, she figures that ice cream "seems like the perfect shortcut" for the traditional — and fussier — custard. She is right in the best way; devising a dessert that has four ingredients, takes no time and tastes insane.

Because I do not share or even understand the English obsession for introducing orange into everything chocolate, I have omitted Hussain's suggested inclusion of marmalade here. And while she bakes her pudding with vanilla ice cream, I couldn't resist going all out and using Talenti double dark chocolate instead. Feel free to use your own favorite flavor here. And while I'm sure this would be quite good with day-old croissants from the bakery, I made my pudding with the cheapo minis from my local supermarket, and it was glorious. You could easily swap in challah or brioche here as well.

Top with whipped cream or eat exactly as is. Obviously, this makes a damn fine breakfast.