Matt Damon tries to walk back homophobic slur anecdote, but the damage is done

It's long, long past time for straight men to know better than to use such hateful language 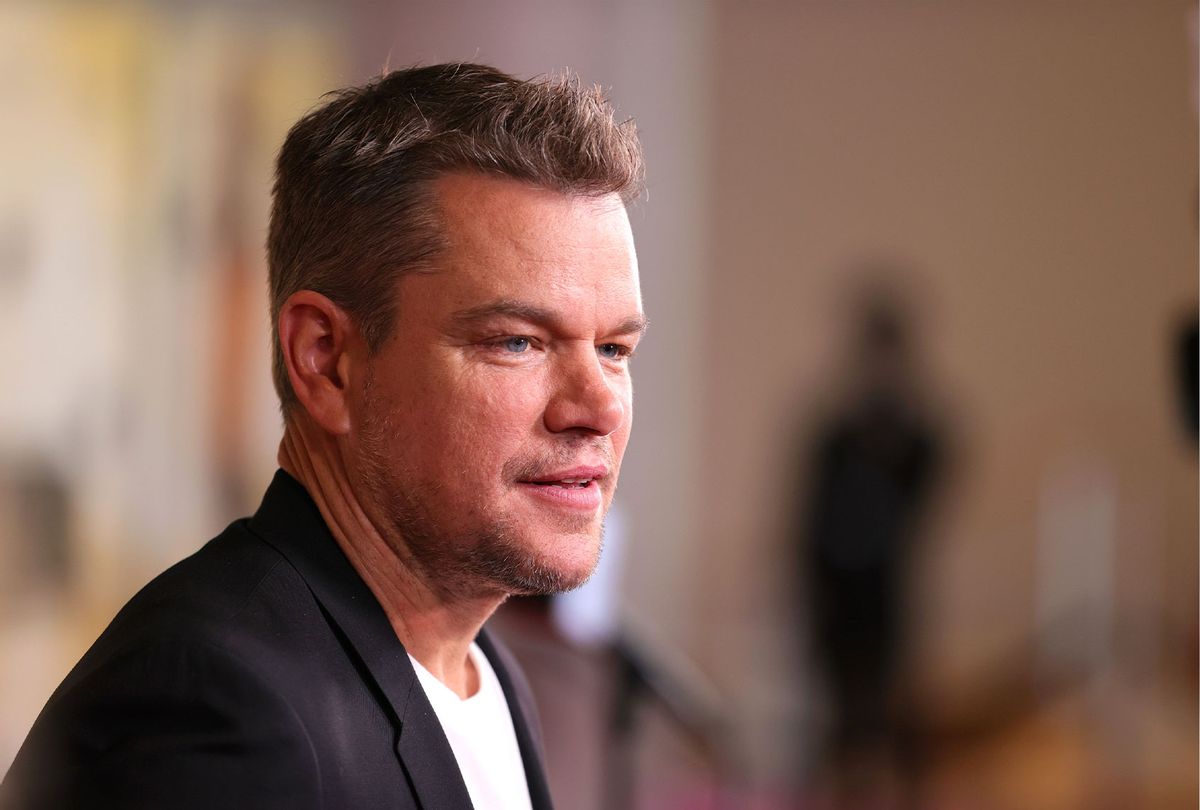 There are some social graces one should know by the time they turn 50, and you'd think one of those would be to not use the homophobic slur "f*g." In the case of actor and occasional, unintended provocateur Matt Damon, you would be wrong.

In an interview with the Sunday Times published this weekend, Damon seemed to reveal it was only a few months ago that he'd stopped using the slur, after his daughter sat him down and explained to him why he shouldn't. But as of Monday afternoon, Damon has walked back the admission, with a lengthy statement to Variety that revisits and clarifies the anecdote in question:

I explained that that word was used constantly and casually and was even a line of dialogue in a movie of mine as recently as 2003; she in turn expressed incredulity that there could ever have been a time where that word was used unthinkingly. To my admiration and pride, she was extremely articulate about the extent to which that word would have been painful to someone in the LGBTQ+ community regardless of how culturally normalized it was. I not only agreed with her but thrilled at her passion, values and desire for social justice. . . .

I have learned that eradicating prejudice requires active movement toward justice rather than finding passive comfort in imagining myself 'one of the good guys.' And given that open hostility against the LGBTQ+ community is still not uncommon, I understand why my statement led many to assume the worst.

This differs a bit from Damon's interview with the Sunday Times, in which he says, "I made a joke, months ago, and got a treatise from my daughter. She left the table. I said, 'Come on, that's a joke! I say it in the movie 'Stuck on You'!' She went to her room and wrote a very long, beautiful treatise on how that word is dangerous. I said, 'I retire the f-slur!' I understood."

The Sunday Times notes in its profile that Damon shared this story "as part of a wider conversation about changes in modern masculinity." But if Damon thought just recently learning the f-slur is wrong as a middle-aged man was something to brag about, he had another thing coming.

An onslaught of social media backlash and incredulity almost immediately followed the publication of the interview, and despite Damon's latest statement, many have continued to question the actor's treatment of LGBTQ identity and media representation in the past as an extension of the interview. Damon's own reference to his film "Stuck on You" using the f-slur as a "joke" seems particularly telling.

Adrienne Lawrence, a legal analyst and educator, tweeted about Damon's comments, "If Matt Damon's using homophobic slurs at the dinner table in 2021, you can't tell me he's not using racist slurs too. Bet." Damon has previously faced backlash for criticizing casting practices to promote diversity in 2015.

"I have ranch dressing that has been in my fridge longer than Matt Damon has NOT been using a homophobic slur and he somehow thinks he deserves praise for this Herculean effort," Michigan House Rep. Laurie Pohutsky wrote in a tweet.

"I want to know what word Matt Damon has replaced f****t with," comedian Billy Eichner tweeted.

Some are speculating that in telling the anecdote of his journey to giving up homophobic slurs, Damon may not have realized how offensive the f-slur is, or how much controversy his story would stir up. So far, his attempt at damage control by back-tracking has done little to calm the backlash.

Damon's interview with the Sunday Times was part of a series of press appearances promoting his latest movie, "Stillwater," which draws from the real-life story of Amanda Knox, an American woman who was wrongfully charged with and imprisoned for the murder of her roommate while studying abroad in Italy. Knox has since slammed the movie for profiting off of her trauma, villainizing her and sensationalizing her story.

One way or another, Damon's promotional tour of "Stillwater" is working, because if we weren't paying attention to him before the past week, we certainly are now.