The ocean is about to flip a switch that could permanently disrupt life on Earth: study

The Atlantic Meridional Overturning Circulation (AMOC) is destabilizing to a dangerous point, a new study says 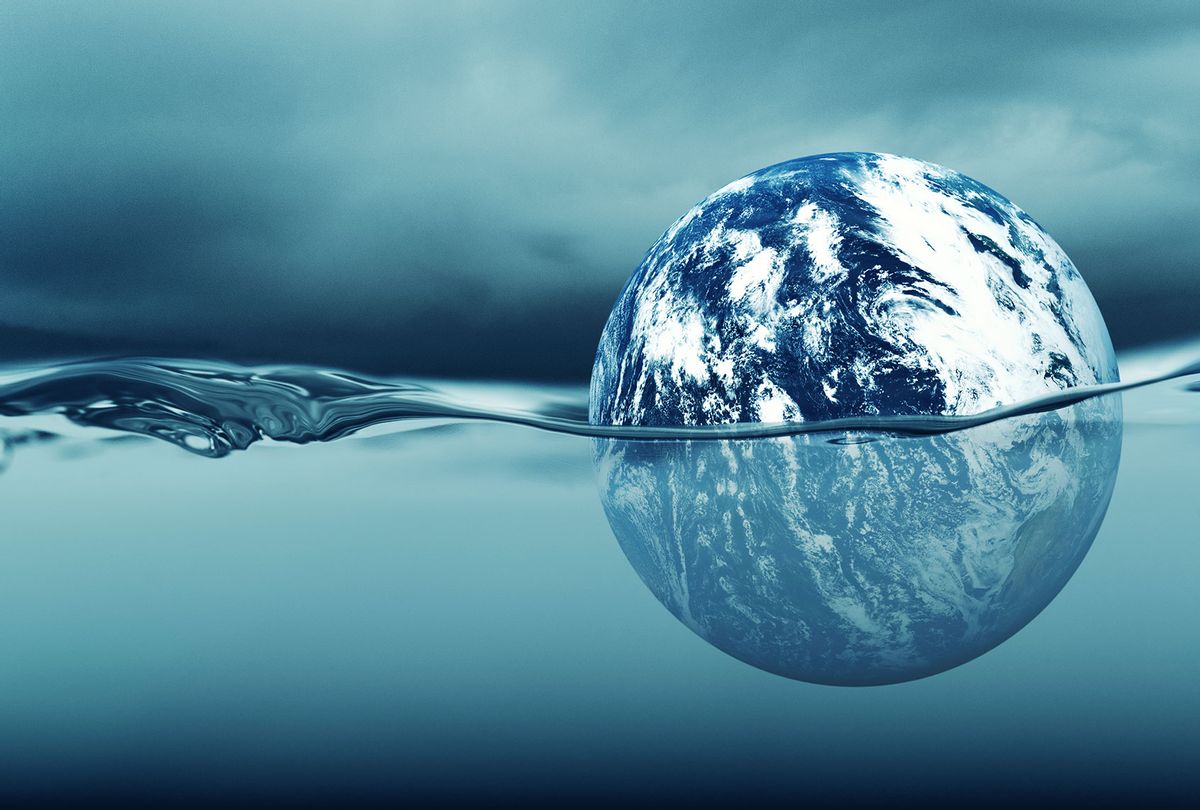 A massive Atlantic Ocean current system, which affects climate, sea levels and weather systems around the world, may be about to be fatally disrupted.

A new report in the journal Nature Climate Change describes how a series of Atlantic Ocean currents have reached "an almost complete loss of stability over the last century" as the planet continues to warm. The report, authored by Dr. Niklas Boers, specifically analyzes data on ocean temperature and salinity to demonstrate that their circulation has weakened over the past few decades. If current trends continue unabated, they may slow to a dangerous level or even shut down entirely.

The series of currents in question is known as the Atlantic Meridional Overturning Circulation, or AMOC for short. The current system is sometimes likened to a series of conveyer belts: one "belt" flows north with warm water that, upon reaching the northern Atlantic, cools and evaporates, in the process increasing the salinity of water in that region. The saltier water becomes colder and heavier, sinking and flowing south to create a second "belt." Those two currents are in turn connected by other oceanic features in the Southern Ocean, the Labrador Sea and the Nordic Sea.

The study reinforces earlier scientific studies which found the Atlantic Meridional Overturning Circulation system to be at its weakest in 1,600 years.

This so-called conveyer belt system has been in place for thousands of years or more, and ocean life is adapted to its rhythms. Indeed, AMOC, which scientists believe can slow down or turn off abruptly when temperatures increase, is also vital to maintaining humanity's way of life. If it shuts down, temperature will plummet in Europe while the number of storms increases; changing weather conditions will lead to food shortages in South America, India and Western Africa; and rising sea levels along the North American eastern seaboard will force millions to flee their homes. Considering that AMOC is already starting to decline, this is a serious threat that could radically alter our planet in a matter of mere decades.

"This decline may be associated with an almost complete loss of stability over the course of the last century, and the AMOC could be close to a critical transition to its weak circulation mode," the analysis explains.

This is not the first troubling news which has emerged about AMOC. In February another study disclosed that AMOC could be weakened by 34% to 45% by the end of the century as Arctic ice and the Greenland Ice Sheet continue to melt. The new report, however, increases the growing sense of scientific alarm about AMOC's integrity.

"This work provides provides additional support for our earlier work in the same journal Nature Climate Change suggesting that a climate change-induced slowdown of the ocean 'conveyer belt' circulation already underway, decades ahead of schedule, yet another reminder that uncertainty is not our friend," Dr. Michael E. Mann, a distinguished professor of atmospheric science at Penn State University, wrote to Salon. "There are surprises in store, and they are likely to be unpleasant ones, when it comes to the climate crisis."

Cristian Proistosescu, an assistant professor at the University of Illinois–Urbana-Champaign who studies climate dynamics and global warming consequences, was more measured in his assessment.

"If the worst-case scenario comes to pass — and that's a big if — we can certainly expect to see dramatic changes in climate in the far north of Europe," Proistosescu told Salon by email. He described a world in which Scandinavian winters are no longer mild, where precipitation patterns shift as far south as central Africa and in which other meteorological patterns alter radically. The worst case scenarios may be "somewhat unlikely," he added, noting that the majority of updated climate models predict a gradual deterioration over the 21st century rather than an abrupt showdown.

"The data we have is too short to say with any real confidence whether the collapse of the North Atlantic Overturning Circulation is truly imminent," Proistosescu concluded. "The question for me is how risk-averse should we be in the face of uncertainty, and how much do we want to avoid a high cost–low probability worst-case scenario? Given the how high the costs would be, we should be fairly risk averse."

Not every climate expert is impressed with the new study's conclusions. Kevin Trenberth, who is part of the Climate Analysis Section at the US National Center for Atmospheric Research, told Salon by email that the new report is "a bunch of total BS. They do not refer to any of our publications about the Atlantic and what is going on there and they get it all wrong." He added that based on "the best and longe[st] record than they have, the N[orth] Atlantic is dominated by natural variability and they can not say anything about the longer term changes."

American atmospheric scientist Ken Caldeira also warned against overstating the situation with AMOC. He wrote to Salon that "it should also be noted that paleo-climate data indicates that a shut-down of the North Atlantic circulation may have more widespread consequences than is predicted by the climate models." The problem is that even our most sophisticated climate models do not contain enough details to be able to anticipate with certainty what is going to happen in our climate system.

Like Proistosescu, Caldeira urged erring on the side of being safe. "In this case, uncertainty means risk, and, because effects of our CO2 emissions are effectively irreversible, this risk should motivate a high degree of caution," he concluded.