In the past, the GOP would be rallying their voters against this bill. Their failure to do so now is ominous 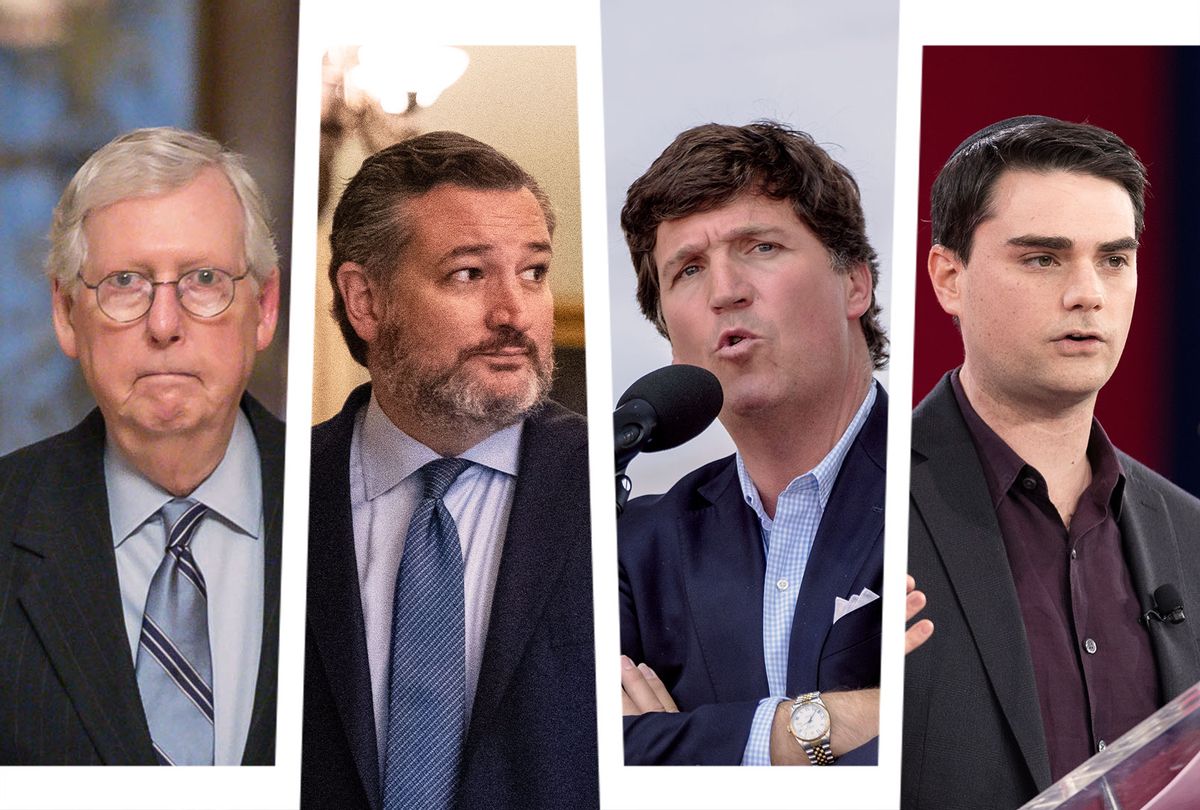 With surprising haste for the U.S. Senate, the Democratic majority passed a $3.5 trillion blueprint for a budget reconciliation bill in the early hours of Wednesday morning, just after passing a $1 trillion bipartisan infrastructure bill. And Democrats could not be more excited, as the blueprint covers a whole host of long-standing priorities, from fighting climate change to creating universal prekindergarten. The blueprint was largely written by Sen. Bernie Sanders of Vermont, who released a statement calling it "the most consequential piece of legislation for working people, the elderly, the children, the sick and the poor since FDR and the New Deal of the 1930s."

Sanders isn't putting that much spin on the ball.

While the bill fallls short of what is really needed to deal with climate change, it is still tremendously consequential legislation that will do a great deal not just to ameliorate economic inequalities, but, in doing so, likely reduce significant gender and racial inequality. It's also a big political win for President Joe Biden. In other words, it is everything that Republicans hate. Worse for them, it's packed full of benefits that boost the middle class, not just the working poor. Traditionally, such programs are much harder to claw back once Republicans gain power — as they've discovered in previous failed attempts to dismantle Social Security and Obamacare.

So why are Republicans so chill about this? In the past, the GOP would be whipping their base into a Tea Party-style frenzy with lurid misrepresentations about what is actually in the bill in hopes of either tanking it altogether or, at least, creating a massive backlash that would boost the GOP in the midterms. But right now, they're relatively calm — indeed, eerily so.

Not that Republicans aren't saying anything negative. Senate Minority Leader Mitch McConnell is making the usual disingenuous noises about a "reckless taxing and spending spree" and making threats about refusing to raise the debt ceiling. Right-wing media outlets are publishing pro forma op-eds about how it "spends an exorbitant sum of money." But this is standard-issue right-wing stuff and that's exactly the problem with it. It's boring — even to the GOP base — and unlikely to get anyone off their couch.

In the past, Republicans would have coalesced around some talking point that, however dishonestly, would have leaned into culture war grievances that actually stir the base's loins. Think of how lies about "death panels" and hysterics about insurance coverage of contraception were used to rile up the aging GOP base into believing they were going to die because Barack Obama spent all their health care money on someone else's birth control pills. Or consider the talking points about "midnight basketball" or "welfare queens" that were used to stoke racist anger over relatively modest social spending programs in decades past. Republicans and their propaganda apparatus are very good at generating evocative images that tickle the most racist and sexist impulses in their base and using that to turn people against needed social spending.

But that's not really happening here.

The best that Breitbart can come up with to attack Biden's bills is incoherent screeching about how infrastructure is a "hoax" based on a hard-to-follow procedural complaint. It's not exactly "Obama phones," in terms of tickling their readers' lizard brains. Sen. Ted Cruz of Texas and right-wing pundit Ben Shapiro, usually both masters at attention-grabbing stunts, are instead focused on some cryptocurrency thing only the douchebags who love Elon Musk care about. But mostly, right wing media is putting this bill on the backburner. The Fox News site, as I write this, is headlining a story demonizing the CDC. The prime time Fox News shows Tuesday night were far more interested in the Gov. Andrew Cuomo story than the infrastructure bills. So is the Drudge Report and most other conservative outlets.

There's, of course, an optimistic take as to why the Republican response to this $3.5 trillion bill lacks zeal. Maybe they recognize that the programs in this bill are popular and don't want to be on the wrong side of history? Which....no. Republicans have never lacked the confidence that they could turn a spending debate toxic by demagoguing racist and sexist lies. There's nothing stopping them from doing it now, especially since Donald Trump has their base already dialed up to maximum resentment levels.

No, the darker and more likely explanation is Republicans aren't trying to whip up voters because they don't feel they need to in order to win elections and regain control of the federal government. Instead, they're in what you might call a "post-election" state of mind. They've focused all their energies on going around the democratic system by passing state level laws that set them up nicely to "win" elections, even when majorities of Americans reject them.

As the Brennan Center reported late in July, "at least 18 states enacted 30 laws that restrict access to the vote." In Texas, voter suppression has become such a major GOP priority that Gov. Greg Abbott, a Republican, has called a second special session and a warrant has been issued to arrest Democratic state legislators who have fled the state to deny Republicans the quorum necessary to pass the bill. After passing a law in Georgia allowing the state legislature to remake elections boards more to Trump's liking, Republicans immediately got to work with a scheme to boot honest election officials so they can be replaced with coup-friendly hacks.

This is all quite likely the reason Republicans aren't too worried about this $3.5 trillion bill. They believe they will soon be able to claw it all back, without facing blowback from the voters as they have in the past when they try to take away popular government benefits. In sum, they don't think, after 2022 and 2024, they will have to answer to voters anymore. Instead, the plan is to enshrine one-party permanent minority rule through voter suppression, gerrymandering, and other methods.

Unfortunately, Democrats seem to be no closer to actually doing anything to stop this, as Sens. Joe Manchin of West Virginia and Kyrsten Sinema of Arizona continue refusing to vote for filibuster reform, which is necessary to pass voting rights and democracy protection bills. Unless that changes, Republicans could very well succeed in gutting democracy and turning the U.S. into an autocracy like Hungary or Turkey.

That's why the GOP punditry and the folks at Fox News are more focused on idolizing Hungarian autocrat Viktor Orbán than they are demagoguing against this spending bill. They're done with the era of "death panels" and "Obama phones" and moving on to an exciting new strategy of simply winding democracy down. They're already starting a propaganda apparatus painting authoritarian regimes based on white nationalist ideologies are somehow more "pro-freedom" than multiracial democracies.

The era of the Tea Party was based on an understanding that Republicans need to win over voters in order to have power. Now they're confident that is no longer true. The absence of a Tea Party-style freakout over the bill may feel like a relief to Democrats now, but really, it's a sinister portend of what's to come.