As Afghanistan falls, the mainstream media shows no self-awareness of how a pro-war bias helped lead to this mess 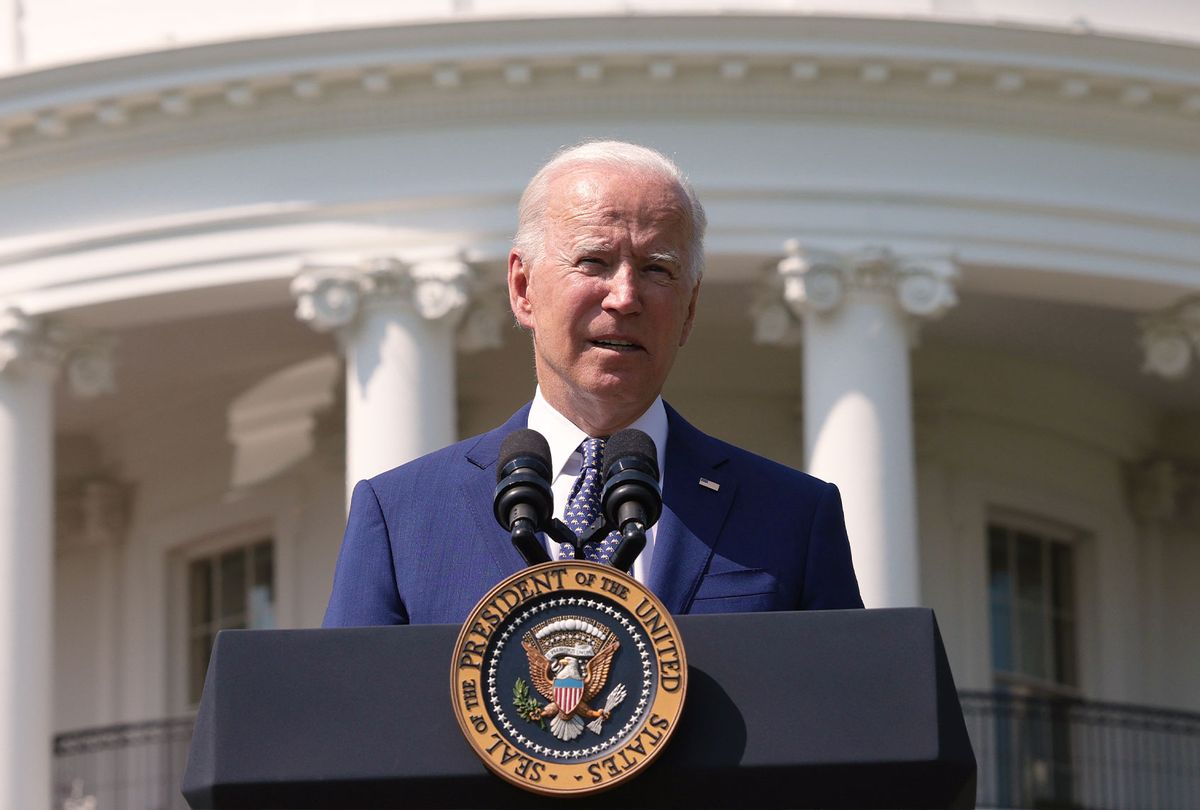 Watching the swift fall of the Afghan government to the hands of the Taliban this weekend, my gut reaction is one I suspect may be true of most Americans watching this disaster unfold: If 20 years of occupation did diddly squat to set up Afghanistan for success, it's doubtful that another 20 years was going to do the trick.

"One more year, or five more years, of U.S. military presence would not have made a difference if the Afghan military cannot or will not hold its own country," President Joe Biden, who unlike most Americans actually pays attention to the military and political details of the Afghanistan war, said in a statement released on Saturday. "I was the fourth President to preside over an American troop presence in Afghanistan—two Republicans, two Democrats. I would not, and will not, pass this war onto a fifth."

The mainstream media, needless to say, does not truck with Biden's common-sense argument.

The same media that embraces an often absurd allergy to the appearance of "bias" in domestic politics showed no similar modesty in letting enthusiasm for American imperialism fly over the weekend. Instead, the collapse of the Afghan government was portrayed as a massive political liability for Biden.

Jake Tapper of CNN described it as "a tragic foreign policy disaster unfold before our eyes" and described the White House as "flat-footed."

"Defiant and defensive, a president known for empathy takes a cold-eyed approach to Afghanistan debacle," blares Monday's front-page headline at the Washington Post.

"President Biden will go down in history, fairly or unfairly, as the president who presided over a humiliating final act in the American experiment in Afghanistan," reads a secondary headline at the New York Times.

"The debacle of the US defeat and chaotic retreat in Afghanistan is a political disaster for Joe Biden," declares the opening line of Monday's CNN analysis. A few paragraphs in, after most people have stopped reading, the analyst Stephen Collinson admits that the disaster actually "underscored [Biden's] core point" that "US visions of forging a functioning nation were illusory and that many more years of US involvement would not make any difference."

So, if Biden is right, why should we be so certain this is all a political disaster?

For those of us who remember well how the mainstream media enthusiasm for war helped fuel not just this ill-advised war in Afghanistan twenty years ago, but the even bigger debacle in Iraq, the current media narrative is both bewildering and exhausting.

To be clear, there are some errors Biden made in withdrawing. Critics focused on the Afghans trying to flee the country without help from Americans are 100% right, and every effort should be made to get refugees to safety. Still, this larger media outrage over the withdrawal is a dark reminder of the pro-war bias in the press that helped create this mess in the first place: luring the American public into thinking a war in Afghanistan could ever end in any other way.

This past weekend felt like being sucked back in time to the 2003-2005 era, when one had to turn to the lefty press and the blogosphere for sensical analysis because the mainstream media was so bought into the jingoistic war-mongering of the George W. Bush administration. Journalist Michael Cohen on his Substack blog, for instance, correctly denounced "every armchair pundit" who is refusing to admit that they are "basically asserting that US troops should have never left the country." As Michael Tomasky at the New Republic writes, "The lesson of the post-9/11 era is that American power has limits—very severe limits at that." National security blogger Marcy Wheeler at Empty Wheel laments that we spent 20 years on this failed war when we could have instead "done something about climate change." Scott Lemieux at Lawyers, Guns, and Money writes, "The foreign policy and military establishment will do everything they can to blame Biden, but the bottom line remains that Afghanistan is a massive failure on their part, and Biden is being asked to believe the same lies he was told as vice president."

On that front, despite smug claims from a Politico headline that "Biden's foreign policy experience fails him," there is good reason to think Biden did what he did because of that hard-won experience.

Biden spent eight years watching military leaders mislead President Barack Obama into believing that there was a way to win this war. Indeed, as blogger-turned-journalist-turned-blogger-again Matthew Yglesias — who also learned the hard way the dangers of buying into the media's imperialist war hype during the Iraq War — pointed out on Twitter, military leaders "were still hoping that turning the Trump/Biden withdrawal policy into an embarrassing shitshow would successfully bully the White House into reversing course the way they squeezed Obama in 2009 and Trump in 2017." He also suggested it would have worked if Biden hadn't spent 8 years witnessing that bamboozling in action.

The generous view of this pro-war bias on the media's part is that journalists give undue credence to the opinions of military brass and foreign policy hawks. It's tempting for a lot of journalists to treat these leaders as objective experts, rather than as people whose own egos have led them to embrace forever war to avoid admitting defeat. Certainly, it seems that the "defer to the experts" mentality is why Obama, who went into office with an anti-war message, was so easy to cow on these matters. But even the Washington Post's own reporting shows how much of a lost cause the Afghanistan war has been for years, and probably always was, making this "Biden screwed up" narrative even more inexcusable.

The less generous interpretation is that the mainstream media is thick with dudes (and a few women) who have read one too many doorstopper histories of WWII and are still wrapped up in fantasies of American military triumph. Either way, the result is what we saw over the weekend: A press that appears to have learned nothing about the dangers of reflexively backing a hawkish foreign policy and military establishment, despite debacles dating back to the Vietnam War.

"Perhaps the only thing Trump has in common with the current president is that Biden's also been an Afghanistan skeptic for years and was known as a voice pushing for ending American involvement within the Obama administration," Heather "Digby" Parton wrote back in April. Donald Trump had "no understanding of the complexities and only saw it as a way to burnish his reputation as a 'winner' and a 'deal maker,'" she added, and yet even he still understood that there is no value in a forever war.

This is why it's good to be skeptical of the kneejerk assumption in the mainstream media that Biden will pay politically for "losing" the unwinnable war. Polling data on American attitudes about Afghanistan has long shown a mess. Most Americans don't know or care enough about the issue to have informed opinions. But this tacit agreement between Trump and Biden that it's time to get out — again, probably the only thing they agree about — points to the fact that this endless conflict in Afghanistan doesn't really fit into what ordinary Americans, right or left, believe the American military is for. Liberals tend to reject American imperialism outright and see the military only in defensive terms. As for conservatives, well, Trump's tendency to talk about "keeping the oil" from Middle Eastern countries was, as usual for him, gross and illegal. But it was also an insight into how ordinary conservatives see American imperialism, as something only worth engaging in as a pillaging exercise. This whole pretense that we're going to set up other nations as democracies at the end of a gun no longer holds interest among ordinary Republican voters.

I suspect the only people left who really are invested in the imperialism masquerading as American beneficence are concentrated in elite political circles in D.C. and thus have an outsized impact on how the media frames this story. It's doubtful, however, that most Americans will ultimately remember this differently than they do the end of the Vietnam War or the withdrawal from Iraq — as a sad but inevitable end to yet another misguided American adventure war. Biden won't be seen as a failure, so much as the guy who just accepted a reality that multiple presidents refused to embrace.

Unfortunately, the media response to the withdrawal of U.S. troops from Afghanistan after 20 years doesn't leave one with much hope that the mainstream press will be wiser the next time the hawks start beating the war drums, trying to lure the U.S. into yet another expensive entanglement bound for failure.