In defense of Stiegl Radler, summer's most refreshing brew with a deep German history

Indulge in the collision of refreshing, sparkling German lager and zippy, puckering lemonade 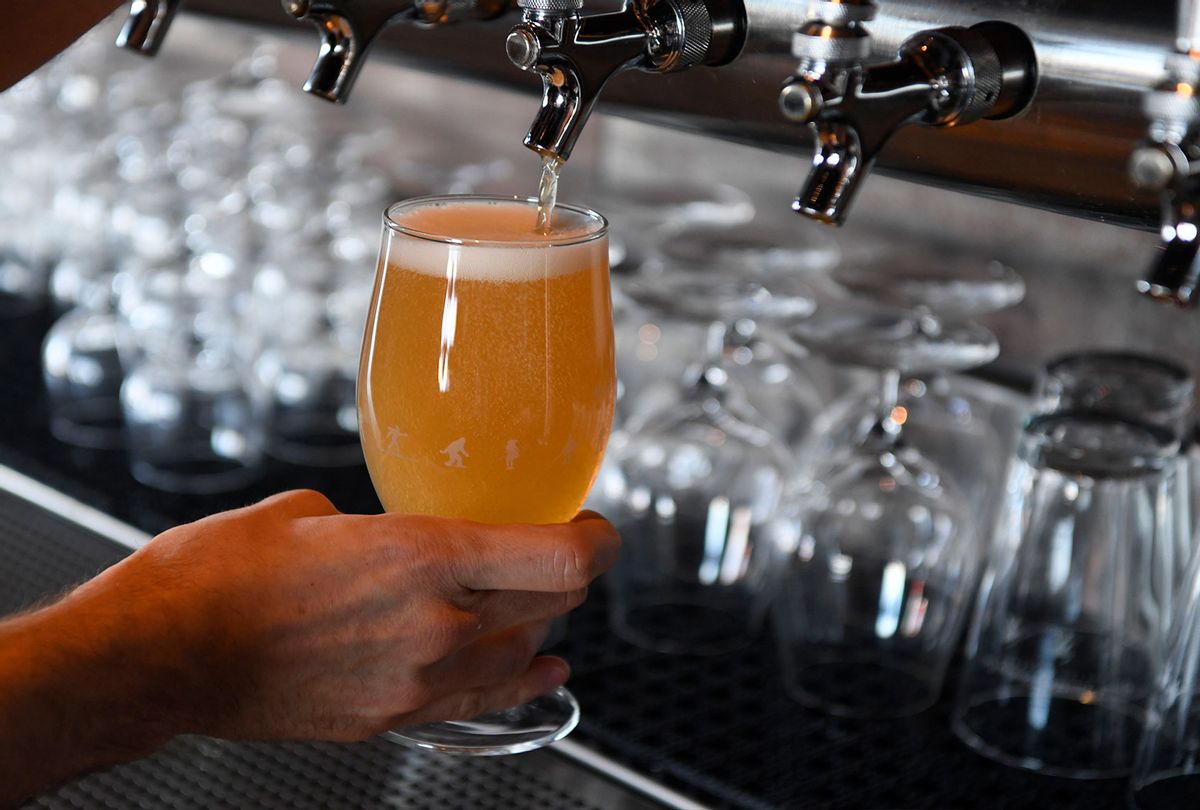 Germany, and especially the area surrounding Munich, is home to some of the most respected brewing techniques and ingredients in the world. The clean lagers, and fruity wheat beers of the area are held up as bastions of perfect quality and esteemed tradition. Of course, there is Oktoberfest where brewery tents act as temporary palaces of worship to German lagers. There's also the fact that the oldest continuously producing brewery on Earth, Weihenstephan, sits just over 20 miles from Munich.

The village of Deisenhofen is even closer at less than 10 miles away. This is where the "radler" was coined as a cocktail made of half German beer, half lemonade.

Yet, even though it was established so close to the epicenter of German brewing, beer "geeks" scoff at their mere suggestion of a radler. A quick scan of Beer Twitter demonstrates this. "I also enjoy a radler, but it is not beer," one user wrote, while another said, "Radlers are just alcopop and suck. This is a hill I will die on." Inevitably, at least a few folks compare its taste to that of human waste, and for all the vitriol thrown at the drink you'd think that it really did taste like a pint of urine.

However, the collision of refreshing, sparkling German lager and zippy, puckering lemonade is far from a haphazard blending of a spirit and mixer. Instead, it's a coalescence of two things that may be good enough on their own into something far better. A feat even the snobbiest mixologist at a high end cocktail bar would brag about.

Yes, radlers can be that remarkable. You've all just been making radler wrong.

The key that unlocks beer's most refreshing qualities is its carbonation. Lose the bubbles and a crisp, light pilsner becomes a heavy slice of liquid bread on the palate. The bubbles of carbonation also carry volatile aroma compounds to meet the nose, making each whiff more tempting than the last.

Frankly, when beer loses the fizz, it doesn't taste much like beer anymore.

There are two surefire ways to eliminate these precious spheres of gaseous refreshment: the first is to let the beer warm (colder liquids can hold more CO2 than room temperature ones). The other is to put something, anything solid or liquid, into the beer. Pouring another liquid, especially an uncarbonated one, into a beer releases gas on contact because of nucleation points (points of contact that force gas out of solution) and because the carbonation level will equalize in the new mixed drink leaving the full volume of liquid with far less fizz.

And this, my soon-to-be-radler-drinking friend, is why the Germans use not just any lemonade. Certainly the not room temperature lemonade made from concentrate sitting on the shelves of the local supermarket. They use cold, fully carbonated lemonade soda to make their signature radler. The mixer is more akin to 7-up than to anything we would typically call lemonade in the States. The beer stays spritely and refreshing with the added benefit of a zing of lemon and a lower level of alcohol.

According to beer lore, low alcohol was exactly what tavernkeepter Franz Xaver Kugler was after when he was said to have coined the term "radler" in 1922. He was looking for a thirst quenching drink to serve cyclists, or "radlers" in German, that rode the bike trail to Munich that crossed right in front of his pub. Something that would loosen them up and keep them energized, and also wouldn't cut too deeply into his beer supply.

The half and half mix of beer and lemon soda was the effervescent, replenishing ticket. But back in the 1920s Kugler probably didn't know that beer is considered an excellent recovery drink to consume after exercise, as long as the alcohol level isn't too high. And at 2.5-4% alcohol by volume (abv) the radlers he was pouring were giving the cyclists the boost they needed to make it the final stretch to Munich.

In fact, the German Olympic skiing team revealed that one of their secrets to success was the nearly 10,000 non-alcoholic beers (technically beer with less than 0.5% abv) sent to their athlete's village. Furthermore a 2015 study found that even beer with a moderate amount of alcohol had no damaging effect on the hydration levels of athletes.

One more reason to love a radler properly made.