Ditch those little packets of yeast: Beer is the secret behind this three-ingredient no-rise bread

Is it possible to make bread without yeast? No, but don't forget that beer already has yeast in it 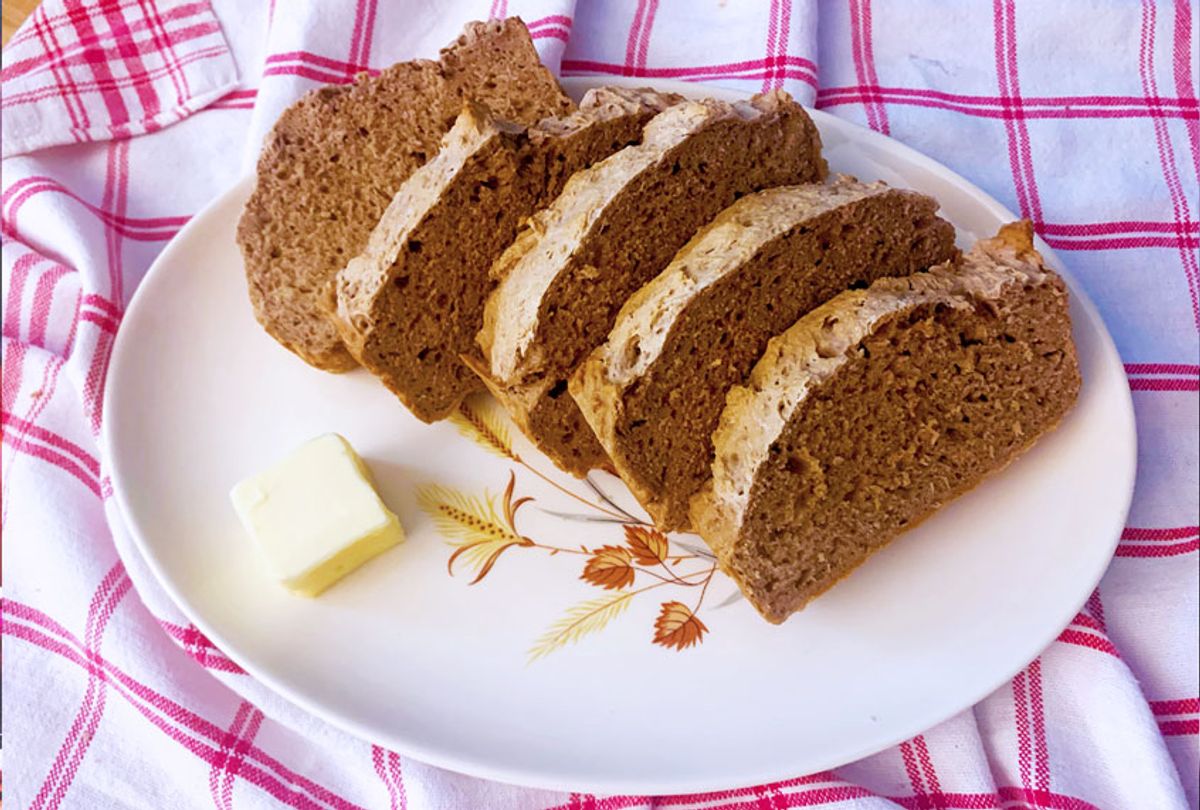 Is it possible to make bread without yeast? As James Beard award-winning cookbook author Ken Forkish recently told Salon Food, there is really "no work-around unless you want to make your own sourdough culture at home."

It's been hard to find yeast on store shelves these past few months, and to quote Forkish, those little packets you can get your hands on hardly have "any f**king yeast in there." For the record, the artisan baker recommends investing in a 1-pound bag of Saf yeast, which will last more than a year when stored in a fridge or freezer.

Forkish is the bread master, so it goes without saying that he's 100% right. While I don't have a substitution for yeast, I do have a little trick up my sleeve. Beer is made with yeast, which coverts sugar into alcohol during the brewing process. And you don't even have to go to the grocery store to buy beer. It's just a quick trip to the corner bodega if you live in a city like me.

Once you have a bottle or can of beer, the only other two ingredients you need to bake a loaf of beer bread are AP flour and baking powder, and you're on your way to one flavor-packed quick loaf. Since the yeast is already activated, you don't have to wait for your loaf to rise. This a great alternative when you want homemade bread on the quick. Bread making, after all, is a process, one which requires planning in order to leave time for proofing.

After you mix your dries, you'll hear the chemical reaction happen as you slowly pour a bottle of beer, preferably cold, into your mixing bowl. As with serving, avoid excess foam. Mix to combine with a spatula, pour into a greased loaf pan and let the oven do the rest. In less than hour, you'll be in heaven.

RELATED: Everything you need to know to bake a quality loaf of bread at home, revealed

I originally stumbled upon beer breads when I was prepping for a St. Patrick's Day celebration from home. I made Sam Sifton's Guinness Stew, and I really wanted a fresh loaf of bread to go with it so I could mop up every last bit of that delicious brew. I had a 12-pack Guinness, and a malty Guinness Bread with a caramel top was born.

I've discussed with Salon's Amanda Marcotte how beer adds so many wonderful layers of flavor to dishes in the cooking process. Amanda adds a Modelo Negra to her queso, which gives it a certain subtle and spiky flavor. I use Modelo Especial in my fajita marinade, and I even developed a slow-cooker recipe for when I don't have access to a grill in my New York apartment.

You can choose the beer of your liking to add to this bread, my one recommendation is the same one you'll find in Amanda's queso recipe: choose a beer that has a real boldness or heft to its flavor. Guinness works for this reason, and a Modelo Negra would also be a good candidate here. Changing the beer as such would result in a wonderful compliment to any chili recipe. The sky really is the limit.

2. Mix dries in a medium- or large-sized mixing bowl, adding 1/2 teaspoon of salt.

3. Slowly combine beer with dries, pouring to avoid excess foam. Stir with a spatula to combine.

4. Move batter to a greased, 9x5 loaf pan. Bake in oven for 45 minutes, until outside is golden brown.

Like this recipe as much as we do? Next time try making this easy-to-make Mexican soup, which should be a staple in every home.