Filmmaker Jake Scott honors the Kenyan distance runner, including theories about his speed, but comes up short 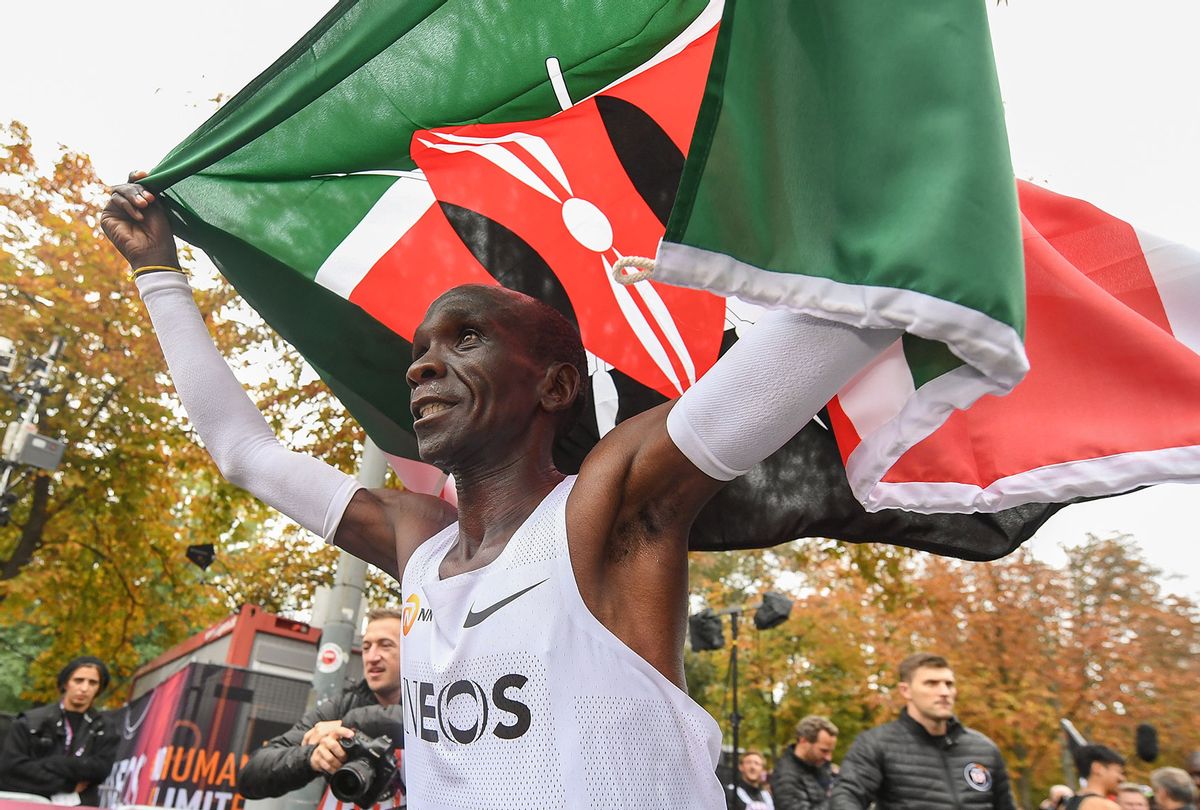 On October 12, 2019, the Kenyan distance runner, Eliud Kipchoge, set out to run a marathon in under two hours. On a specially designed, closed course in Vienna, with the assistance of a group of pacers, as well as a pair of Vaporfly Nike sneakers, this elite athlete ran non-stop at the speed of approximately 13 miles per hour for 1 hour 59 minutes and 40 seconds to achieve this incredible feat.

The new documentary, "Kipchoge: The Last Milestone," directed by Jake Scott (son of Ridley, who executive produced) profiles the marathoner and provides some background on the event as well as scenes from the race itself. While there is no doubt that Kipchoge's story is inspiring (even if the ending is known), the film is oddly underwhelming.

The first section of the documentary is pure hagiography. Kipchoge is humble. Kipchoge is disciplined. Kipchoge is dedicated. Kipchoge is seen training and mentoring young runners. None of this is bad — or in doubt — but Scott shoots it all like one of the many glossy music videos that he built his career on. There is angelic music on the soundtrack and slow-motion scenes of Kipchoge running. Yes, he's absolute poetry in motion "floating" while moving at an incredible speed, and the balletic quality of his athleticism is glorious. But the film offers mostly soundbites of Kipchoge offering in platitudes about how a marathon is like life — full of pain and joy. He also repeats his mantra, "No human is limited."

The film certainly leaves viewers wanting to know more about its exceedingly likeable subject. His childhood is glossed over. He grew up with a single mother, a kindergarten teacher, who taught him discipline. He took to running after seeing his neighbor, Patrick Sang, compete. Sang, who became the athlete's coach, explains (as do others) that Kipchoge is "strong mentally," and blocks pain to perform his superhuman feats. (It isn't until midway through the race, an hour or so into the film, that it is revealed Kipchoge has a wife and daughter).

There are discussions of high-altitude running, and pain thresholds. But what his seven months of preparation for the two-hour marathon entail are largely unexplored. What is his diet like? How much does he run a day or week? Kipchoge mentions the pressure he faces near the end of the film, but that pressure is never felt.

Much of the documentary seems to be lacking depth. At one point, the film considers why Kenyans run so fast. A historical tidbit presented in "Kipchoge" suggests that the Kenyans were challenging the regime at the colonial government's Empire Games. But other theories suggest the genetics and the environment are responsible. (Moreover, running prowess is not exclusive to Kenya; the 2012 documentary "Town of Runners" explored Ethiopian Olympic athletes).

The bulk of Scott's film focuses on the historic Vienna event. After running a marathon in 2:03:05 at Monza, Kipchoge hopes to shave three or more minutes off his race. To do this, he will perform at an optimal location (the closed course in Vienna) with a road designed to help his performance. He even runs with pacers who, as the film shows in one of its most interesting segments, create a Y-formation that creates an air pocket that reduces wind drag, thereby allowing Kipchoge to run faster. In what may be an overly detailed metric, a nutritionist analyzes how much water Kipchoge drinks by the amount left in a bottle he sipped from and discarded during his run.

These and other scientific efforts used in this controlled event certainly enhance Kipchoge's efforts, which may be troubling for purists, but the artificial environment does not necessarily detract from the marathoner's achievement. If Kipchoge performed the same feat on a treadmill, would it be any less valid? Scott shows how difficult it is for two runners to match Kipchoge's 13 mph pace on a treadmill for 68 seconds (how long it can take to run 400 meters, or one lap on a track field). Doing the math, Kipchoge is running at or above this same pace 105 times in a row without a break!

This is amazing, and the behind-the-scenes information can be interesting, but not always. The mission control elements work overtime to emphasize drama, as when someone indicates the timekeeping may be inaccurate. The color commentary is occasionally inane; the changing of Kipchoge's pacers is likened to a NASCAR pitstop. That said, it is nice to see occasional shots of Kenyans cheering the runner on from afar as well as the crowds in Vienna rallying in supports of their hero. (Kipchoge, ever the class act, acknowledges how much the cheering crowds mean to him).

Scott, however, has an irritating penchant to frequently cut away from the race and focus on various talking heads, rather than on the film's subject. At least he does not fumble the final minutes of the race, even if they are shot in clichéd slow motion.

Ultimately, it might be more thrilling to just watch Kipchoge run for two hours than watch "Kipchoge."

"Kipchoge: The Last Milestone" is available on digital Aug. 24.