No sweets for the sweet in new "Candyman," which neglects the legend's seductively scary legacy 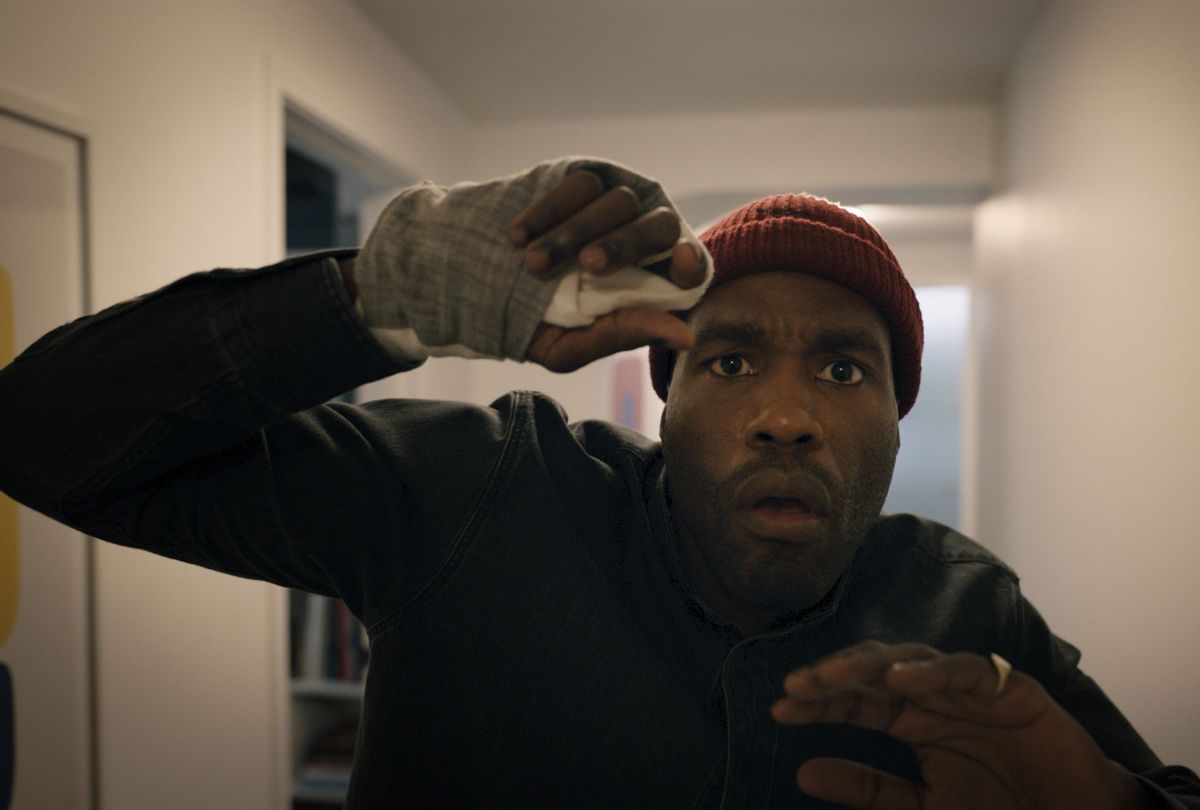 Horror movies are made to trigger somatic responses, right? This expectation is communicated in the adjectives typically used to describe a film's potency, among them: Chilling. Squeamish. Disgusting. You should feel something. That the overwhelming sensation provoked by Nia DaCosta's "Candyman" is numbness, then, is a problem.

This isn't a universal opinion, admittedly. Most critics are high on DaCosta's spiritual sequel to the 1992 original, which starred Tony Todd as the titular demon and Virginia Madsen as his prey. That film and this one are set in the Cabrini-Green housing projects bordering one of the wealthiest areas of Chicago. In the original film Todd's Candyman hunted the people who still lived in those buildings. The new film returns to what remains of its community, mainly a few abandoned buildings.

DaCosta, who co-wrote the script with executive producers Jordan Peele and Win Rosenfeld, styles this fourth film around messages about over-policing and state-sanctioned brutality alongside incisive critiques about gentrification, both geographic and artistic.

Yahya Abdul-Mateen II plays its main protagonist Anthony McCoy, a creatively stalled artist competing in a white-dominated art scene in which one of his main promoters demands he lean into his Blackness but warns him that the South Side is "played out." When the brother of his gallery-owner girlfriend Brianna (Teyonah Parris) shares the Candyman urban legend with Anthony, he takes a field trip to Cabrini-Green, seeking inspiration. There he's stung by a bee, which may be what leads him to create the work he eventually contributes to Brianna's gallery show, a mirrored piece titled "Say His Name."

As the story goes, to invoke Candyman a person must look in a mirror while saying his name five times. Doing so doubles as an invitation to be sliced to ribbons with his hook hand. But nobody believes this, especially not the assortment of smug white folks who utter that incantation, including an art critic whose disdainful half-grin during her first appearance announces her as future hanger steak.

The title of Anthony's piece also is recognizable as a play on the Say Her Name slogan meant to memorialize victims of anti-Black violence and police brutality such as Breonna Taylor and Sandra Bland. The recognition of that inference is the only point of connection to it.

Beyond that, little about the plot makes a statement about over-policing or the socio-economic violence that gentrification creates by destroying and displacing low-income communities. Its characters blithely discuss these concerns over drinks or Brianna's well-appointed living room, but only as part of a litany of urban ills. The sequences are the film's ways of throwing a message that's on-brand for 2021 behind a horror movie meant to speak to an audience that supports protests against racial injustice and biased policing in principle without having any actual skin in the game.

To those impacted in a real way by these issues or savvy enough to recognize when they're being used as mechanisms to impart a sense of relevance, they come across as didactic nonsense. All that noise strangles the twin melodies that make up the Candyman character's siren song: seduction and legacy.

Peele, Rosenfeld and DaCosta do make legacy central to the new "Candyman," but not in the way to which I am referring. The legacy they're attempting to capitalize upon is the history of racial violence that has always been part of living as a Black person in America but became part of the national dialogue – again – in 2020.

As one of Cabrini-Green's few remaining lifelong residents William Burke (Colman Domingo) explains, Candyman isn't the wrathful spirit of one man but that of many victims of racist violence. Candyman, he says, "is the whole damn hive."

This refers to the monster's origin story. In life he was Daniel Robitaille, a 19th century Black portrait painter lynched to death by a white mob whipped into a rage by his white lover's father. In the frenzy his assailants chopped off his hand, shoved a hook into the remaining stump, and riled up a bee swarm to sting Robitaille all over his body before setting him on fire. Ominously in the present day Anthony's bee sting starts to necrotize his flesh, crawling from his hand up his arm and transforming his skin into a honeycomb of scars.

One doesn't conjure bees without also thinking of honey, however, and Bernard Rose's 1992 film never forgets this. When Madsen's graduate student Helen manifests Todd's Candyman, we meet a figure who is simultaneously charismatic, terrifying and haunting. One of his hands may be a bloodied murder weapon but Todd's velvety purrs transforms all of his threats in loving promises. When he says, "They will all abandon you. All that you have left is my desire for you" or "Your death will be a tale to frighten children, to make lovers cling closer in their rapture," Madsen weeps.

Todd's interpretation aligns with Clive Barker's original rendition of the character in his 1985 short story "The Forbidden," upon which these movies are based. Barker set his story in a British council estate; Rose changed the location to Chicago's most notorious housing projects and breathed the specter of American racism into the story. But he and Todd kept the eroticism Barker writes into the character, which makes his predator uniquely disturbing.

When he comes for Madsen's Helen, his approach isn't signaled with crazed fury, nothing so overtly sinister. His menace takes the form of a twisted sense of ownership that's oddly intoxicating. (In the story Barker writes that his gaze makes Helen feel drowsy, "like that summer that sang in her head.")

But the new "Candyman" bestows none of that air of seduction upon Anthony who, it's hinted early on with that bee sting, is being targeted by the titular evil for a specific reason. This robs the legend of its power; moreover, it passes up the opportunity to capitalize on Abdul-Mateen II's natural magnetism to create a more layered performance than that of a small-time creative poisoned by a hunger for fame. How might he have evoked such a transition from a man exhausted with white exploitation into someone possessed by an impulse that's as repulsive as it is beckoning? That would be a challenging performance worth enduring the rest of the movie's shortcomings – and it would give a real reason to inflict the audience with a dilute version of body horror by way of Anthony's decay.

Even if one wagers that DaCosta, Peele and Rosenfeld are more focused on telling a more important story than actually scaring people, if that story lacks a central fascination, there is no point to sitting through it.

At least the filmmakers remedy one of Rose's inexplicable choices, in that in the 2021 "Candyman" the monster mainly victimizes white people instead of Black people, which makes sense for the spirit of a man lynched by bigots to do. Then again, Rose's entire portrayal of the people living in Cabrini-Green is steeped in stereotypes. The place is populated by the faceless waiting to harass Helen when she makes a fact-seeking visit to find out about the Candyman legend. This leads to the obligatory scene of her being mugged for no reason but to satisfy Hollywood's yen to perpetuate tropes about Black criminals preying on white women. In contrast, the remaining community residents we meet in DaCosta's "Candyman" are fully realized individuals. On the downside, we don't meet very many of them.

The new film isn't as unseemly in its choices as the 1992 version, and yet the ones into which it leans the hardest are bloodless. It's heavy-handed in its sermonizing, including exchanges such as one where the art critic that has it coming blames "you people" for gentrification as she's cutting Anthony to the quick – and then, after a pause, clarifies her meaning by specifying she means artists.

But then, after Candyman's first bloodletting before Anthony's art show contribution, suddenly the same woman finds macabre representations of Black pain intriguing. The writers' implication here is obvious enough to make its role in the presentation as a whole bloodless without a legitimately haunting and compelling figure to hold it together.

"Candyman's" undoing by a script explains much and shows little, all of which robs the tale of any emotional build. The exceptions to this determination are the recurring shadow puppet sequences, first seen in a moment of play in a flashback to William's childhood, then returning in flitting moments before starring in a haunting post-credits sequence. Each is a woeful depiction of racist crimes perpetuated through the decades, all capturing the fragility of the flesh, making art out of the painful parts of a people's history. Together, they create a honeycomb of sorrow stuck together with sweetness – everything we wanted from its star's performance, but never fully taste.

"Candyman" is now playing in theaters.