Plus, Giulia gives us step-by-step instructions for how to make the Ligurian meal trenette al pesto! 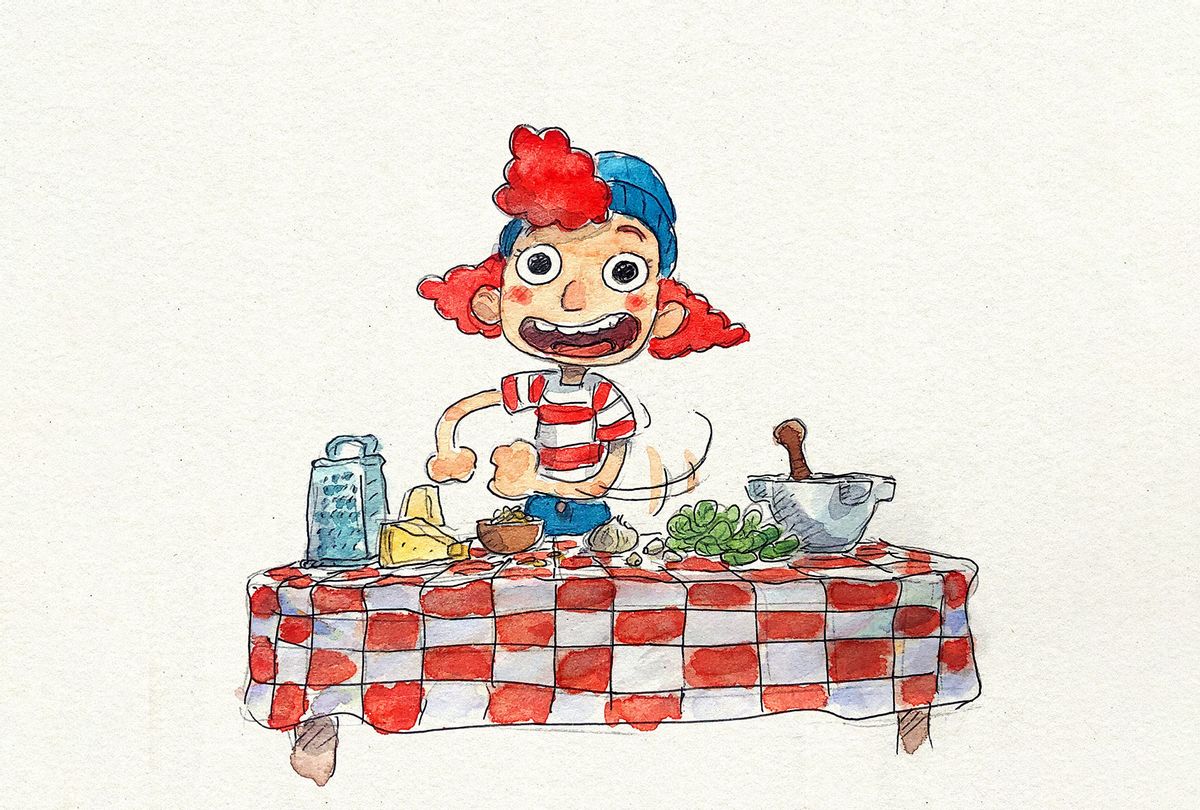 What happens when a young sea monster in search of adventure, friendship and a few noodles of pasta touches land? Disney and Pixar's "Luca" takes viewers on a stunning journey through a seaside town on the Italian Riviera to find out.

Available on Disney+ (as well as Blu-ray and digital), "Luca" traces the diverting journey of a sea monster and his friends Alberto (also a sea monster) and Giulia as they enjoy an unforgettable Italian summer — all while Luca and Alberto try to keep their sea monster genes a secret. Directed by Italian storyboard artist and film director Enrico Casarosa, the Disney Pixar team brought the vibrant, colorful world of Italian seaside culture to viewers through the charming, good-natured storytelling many of us have come to associate with Disney films.

So what was a post-grad, childless movie watcher like myself doing watching this kids' film? Portorosso, the fictional town where Luca takes place, is based on the townscapes of Genova and Liguria, regions in Italy known for their colorful buildings, peaceful environments and culinary innovation.

RELATED: My 10-year carbonara journey (and the recipe for this perfect pasta dish)

The setting took me back to my own Italian summer, which included seemingly endless days of eating seafood pasta overlooking the gorgeous beaches in Finale Ligure, chasing trains to walk the cobblestone streets of Cinque Terre and listening to old grandmothers banter about the best way to make pasta in town squares.

For Pixar Animation Studios art director Paul Abadilla, it's exactly the type of film that allows animators like him to bring their creativity to the forefront — and take viewers on a mesmerizing journey right in their homes.

"We had a very strong understanding that Luca is really told from the perspective of a child who is learning about this world and possibilities of just growing up," Abadilla told me.

Among the brightly colored towns and character designs that the animation team brought to life, I found myself interested in one scene in particular. True to my food writing instincts, when Luca and Alberto are still disguised as fully human children, they inhale a green pasta dish called trenette al pesto, visibly complete with chunks of potatoes and green beans. Trenette al pesto comes from the Liguria region and — according to Abadilla — was included to further pay homage to the regional cultures of Italy.

"As designers and as artists, it's part of our job to study, research and learn about the dish — and really do our best to convey that onto the screen — so that when folks who are very familiar and grew up with that dish see it on screen, they can get that feeling that they're so familiar with," Abadilla said. "And even for folks who aren't familiar, we want their mouth to water and really just capture the essence of that very iconic Ligurian dish."

Trenette al pesto is made with trenette pasta, a type of noodle that's widely available in Italy. Here in the states, where trenette isn't as easy to locate, it's often substituted with noodles such as linguine or spaghetti. Chopped green beans and potatoes add heft to the dish, while the rich, handmade pesto, provides the fragrant, crisp sauce that's come to define the meal. 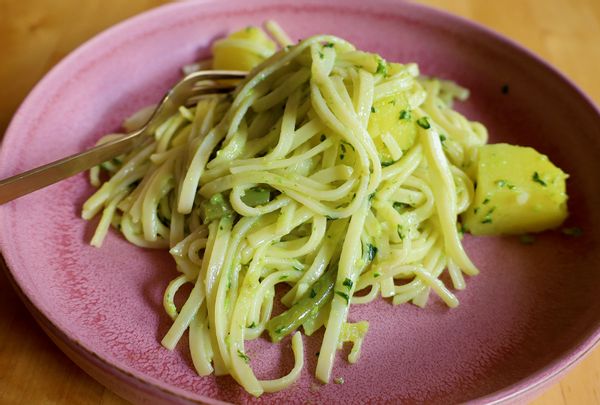 Abadilla, who was responsible for the shading design in the scene, took his artistic responsibilities to heart and made the pasta at home.

"It was my responsibility to do the research and convey the artistic direction of the look of the pasta and how we would see it on screen," Abadilla said. "The fun part of that assignment was the research itself. I had grown my own pesto in the backyard, and it was specifically the Genovese basil. When it was time to pick it, I did — and ground it up by hand. It took a lot of patience — I had never made pesto up until that time — and it was definitely a learning experience that was delicious."

Trenette al pesto is a fairly simple dish to make. I deeply enjoyed making the pesto the old-school method with a marble mortar and pestle (just pretend you're pounding Ercole Visconti's face into the mortar!). If you don't have one, a food processor works just as well. I found trenette online, but if it's sold out, you can easily use a similar noodle like linguine or other long-length pasta of choice.

For the full recipe, who better that Giulia herself to bring this delightful dish straight to your table? Here are her step-by-step instructions: 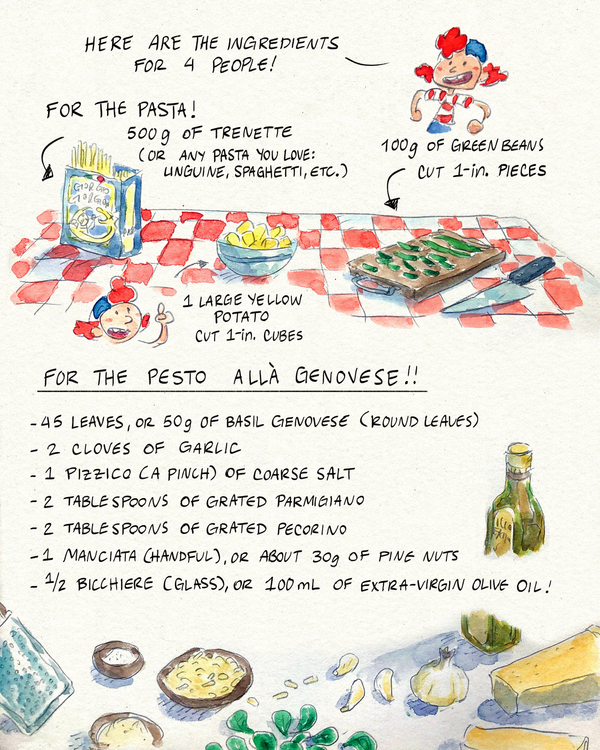 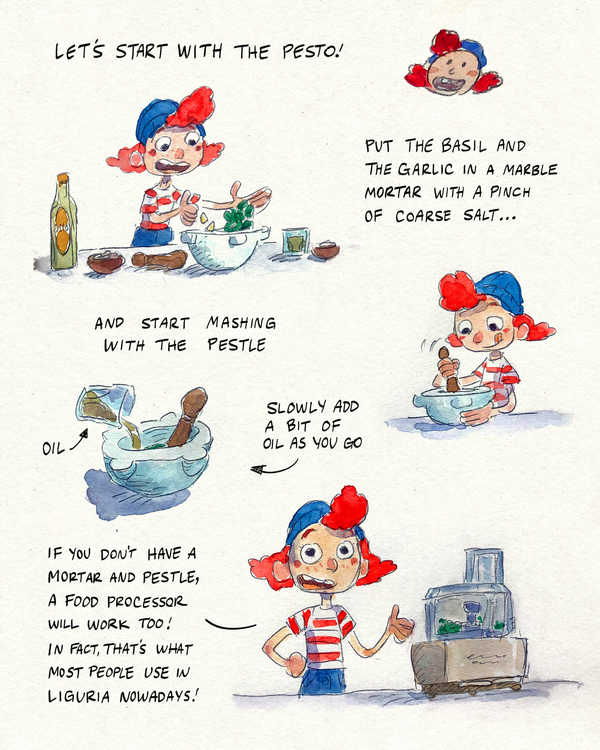 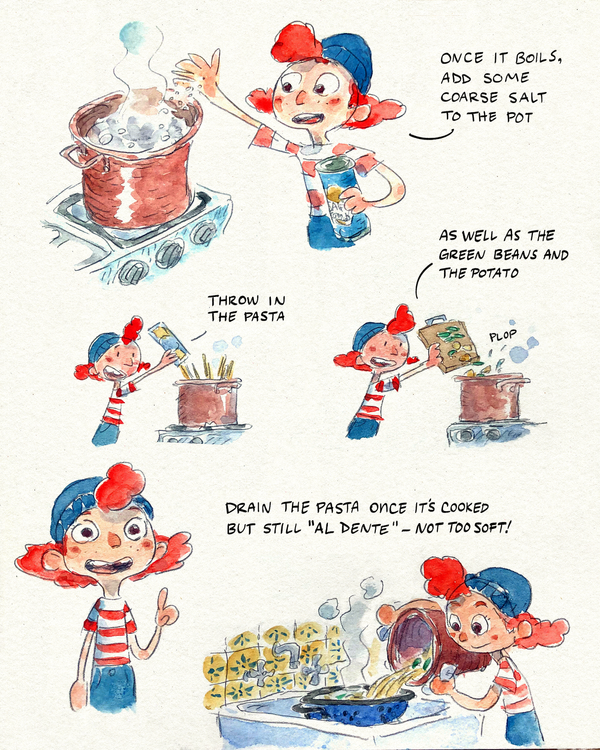 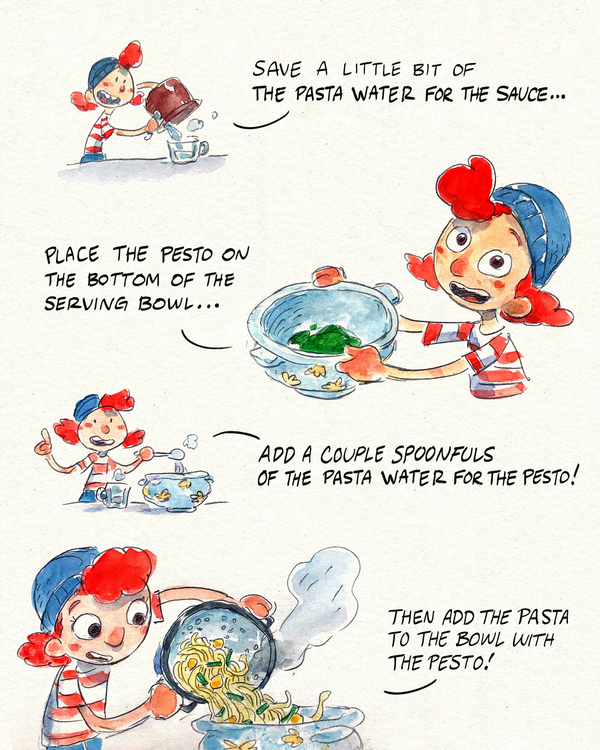