In the shrewd "Promises," Isabelle Huppert is a local politician dealing with truth and perception 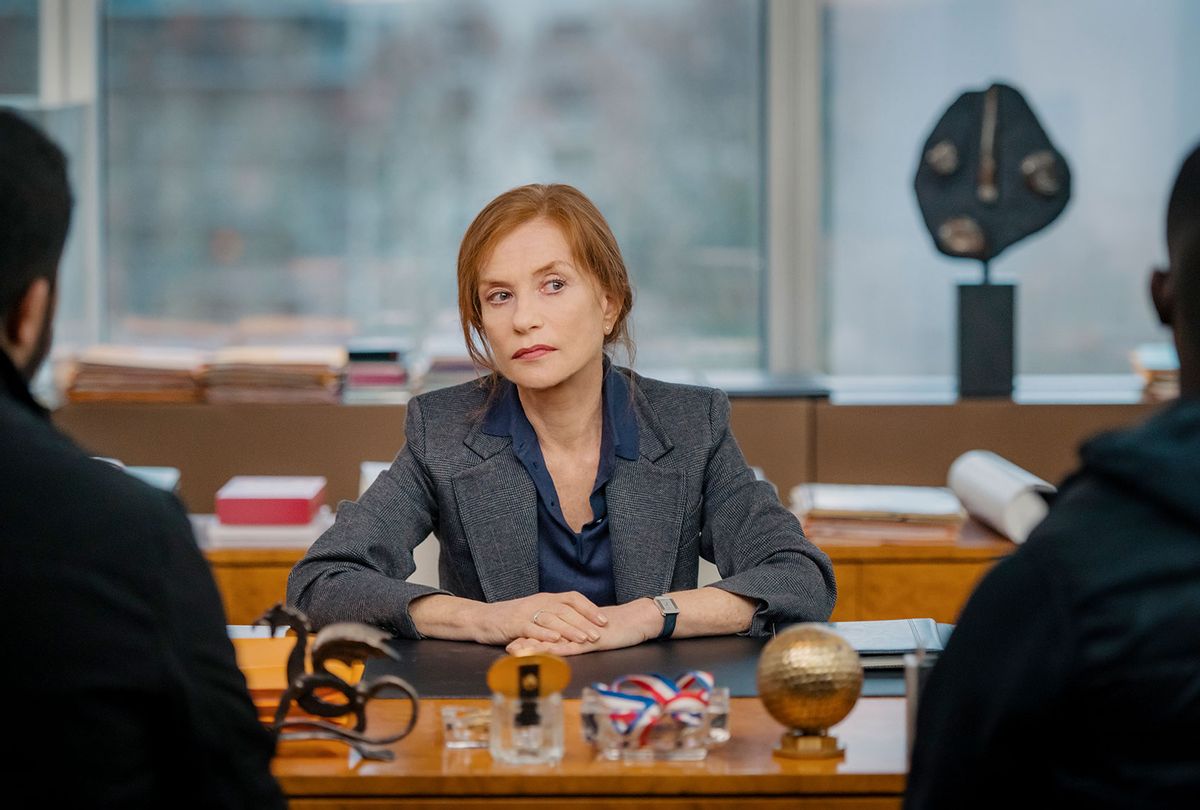 The new political-themed drama, "Promises," which just received its world premiere at the Venice Film Festival, deals largely with a mayor in a Paris suburb trying to manage the bureaucratic nightmare of saving an urban housing development. But this juicy drama is far from being a boring town hall meeting — and not just because it stars Isabelle Huppert. The film creates its intrigue from the various promises and political machinations that reveal each character's true nature. As alliances are formed and broken, folks feel cheated and make sacrifices, and ethics and friendships are challenged, "Promises" offers a fascinating portrait of ambition and loyalty.

It does take a few minutes to get acquainted with all the players in director/cowriter Thomas Kruithof's film, but the stories and power struggles are compelling. Clémence Collombet (Huppert) is a mayor in her second and possibly last term. Her chief of staff is Yazid (Reda Kateb), an immigrant who, like Clémence, knows how to talk with the people. They are very concerned about the problems at Les Bernardins, a housing development where mostly immigrants live in decaying and unsafe conditions. (There is a bad leak in the building as the film opens, and dodgy wiring in an overcrowded unit among other issues.)

Clémence wants to save Les Bernardins, but she needs the government's financial support in the form of a 63 million Euro rescue plan to achieve this. Jérôme Narvaux (Laurent Poitrenaux), a high commissioner who has the PM's ear, has a damning letter about her incompetence, which Clémence asks him to suppress while she attempts to resolve the situation. She concocts a plan with Yazid to sue the building's legal administrator, Chaumette (Vincent Garanger). It is a risky political move — and one that literally requires the buy-in of the building's tenants who must put up their suspended monthly fees to execute. Moreover, there is no guarantee of success. Everyone, especially Michel Kupka (Jean-Paul Bordes), the head of the tenants' group (who wrote the damning letter), hopes Clémence can deliver on her promise.

Meanwhile, Jérôme floats the possibility that the PM is interested in giving Clémence a cabinet position if she retires from being mayor as planned. However, a meeting she has with the PM's proxy, makes Clémence realize that while she will have more power in the cabinet, it would be with less freedom. This situation influences her decision to run for reelection, even as her deputy, Naidra (Naidra Ayadi), is mounting her own campaign for the expected vacant mayoral seat.

"Promises" shows how Clémence shuttles from crisis to crisis with steeliness and grace. Huppert's character is defined by her integrity; she really does care about the people she represents. And while she is caught between a rock and a hard place with Les Bernardins, she also must consider her own political ambitions. Is Clémence, who cut deals and reneges on promises, going to sell her soul for power? Her character is described as "ruthless," but Huppert's internal performance keeps viewers guessing until the very end. When someone tries to chip away at her tough exterior, suggesting she is lonely after her son moved out, she dismisses them — perhaps for being so on the nose.

But even more interesting than Clémence is Yadiz, who does much of the work Clémence gets credit for. "Promises" might have been even better than it already is had the film been told from Yadiz's perspective. He does not just help Clémence pick out what to wear for her meeting with Jérôme, or represent her at soirees, Yadiz is involved in tracking down the players as the Les Barnardins situation escalates and Kupka's and the tenants' support erodes. Yadiz also manages a situation involving a youth, Wayne (Youssouf Wague), that eventually develops into a false accusation, leading one of the film's key insights, "The truth isn't the problem." It is all about perception.

"Promises" is very shrewd in how it perceives local politics. One of the more telling comments involves a conversation between Yadiz and Kupka about the tenants of Les Bernardins. Yadiz links squalid housing to flat-screens, which offer sports channels and game consoles that keep kids at home. Tenants would rather buy televisions than pay their housing fees. Kupka acknowledges the truth in this statement, which speaks to greater issues of poverty, housing, inequality, and related social ills.

But arguably the most revealing anecdote has Yadiz recounting the case of Alice Palmer, the former Illinois politician, whose disqualification during a senate run paved the way for Barack Obama. It is an apt metaphor for some of the film's politicking.

Kruithof maintains a cool but engrossing tone as the various dramas and subplots unfold. The film maintains interest because the characters are all vulnerable as they grapple with the various crises in their lives. When Yadiz goes rogue after an intense exchange with Clémence, the film builds to a dramatic conclusion, and there is real tension and investment in seeing who will come out unscathed.

"Promises" teeters between optimism and cynicism, letting characters — and viewers — hang on tenterhooks in the balance. Which is why the film is so engaging.