How to read your dog's mind 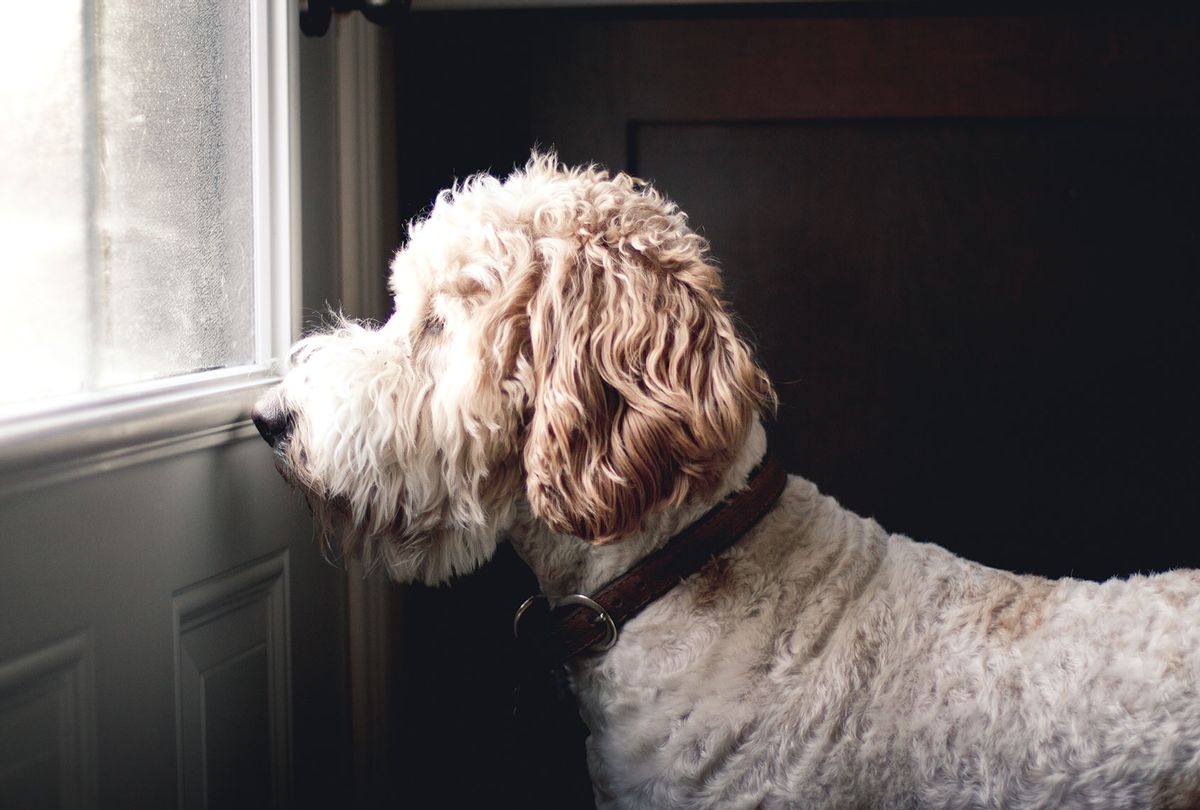 I zip my suitcase slowly, trying to disguise the sound; but even so, I hear a stirring from the living room couch, and then four feet clamoring up the stairs, her tail rhythmically striking the baluster.  My dog Mathilde finds me in the bedroom and gazes with a half-worried, half-accusatory look, aimed first at me, then at the suitcase, and then back at me again.

"It's okay, don't worry," I say, trying to disguise my frustration that she caught me trying to hide from her that I was leaving.  Of course, I leave often to go to my office or to the gym — but my briefcase or gym bag do not incite in her the same worried look.  In those cases, she doesn't bother moving from her spot on the couch, knowing, I assume, that it won't be long before I return.

But the suitcase is different — as if, despite what some early philosophers and researchers thought, time does matter to dogs like her in a very real way. As a scholar of animal studies, I have come to believe that she knows and anticipates the difference between a few hours' absence and a trip of a few days. The suitcase has come to mean something to her, to have consequences somewhere deep within her and this she wants me to know.

For the early 20th century biologist/ethologist Jacob von Uexküll, the fact that all animals (humans included) have the capacity to be affected by things in their particular environment or world and to respond to them, is evidence that they (like humans) are subjects of their worlds and not merely objects in them.  In other words, they are not simply machines reacting to stimuli in the way that Descartes suggested in the 17th century.

True, for some animals the quantity of signs in the world that hold significance are very few.  Uexküll enticingly describes the world of the tick, who responds only to three signs: temperature, touch and smell. Since the tick can only be affected or moved by these three things, we might agree that the tick's world is impoverished compared to that of a human, filled as it is with books and computers and music.

"Poor in world" was how the German philosopher, Martin Heidegger described the nature of "the animal" in general and he made no attempts to distinguish between species or individuals within species.  That would mean that only a finite number of stimuli could be meaningful to Mathilde, and limited to those that a dog, any dog, can respond to.

But what about the suitcase?  And do fewer stimuli necessarily imply that her world is impoverished compared to mine? Is her world poorer, or simply different?

True, the difference between a sauvignon blanc and a chardonnay may be meaningless to her. But the scents that she follows with deliberation around trees and brush are also meaningless to me.

If anthropocene is the most apt term for the geological age in which we now live, there is now no species that has not been affected by the ways in which we humans have built our home on earth.  All living beings have had to adjust to new climates, altered or reduced habitats, or simply the noise of technology, not just the animals we deliberately bring into our homes.  For domestic animals in particular, richer and poorer are inadequate to describe the differences of the worlds they experience with or because of us.  For the chickens, pigs and cows in factory farms, meaningful stimuli are reduced to a minimum: food, pain, and light (if they ever see it). Indeed, we might hope that their capacity to be affected by their surroundings has been destroyed, so that they don't really experience what is happening to them, or have a sense of what life could have been.

For our luckier pets, expanding the capacity to be affected can be likened to a form of education.  Since we domestics are all companion animals, we educate each other, bringing our worlds to intersect and interact.  This is why historian of science Donna Haraway says we become more "worldly" with other animals.  We learn to notice and be affected by the stimuli in each other's worlds.

Such an education does not imply that there is equal control of or power over the outcome; there rarely is in any teaching situation or domestic relation.  But what living with animals can allow for and encourage, is finding meaning in things — objects or movements or sensory changes — that we didn't notice before and that had no power to affect us.  For a dog this could be a Frisbee, a leash, a doorbell, or a suitcase.  For a human it is becoming attuned to the difference between a bark or a whimper, between ears raised or pinned back, and learning to follow the point of a nose in order to see beyond our vision, to imagine what we cannot smell.  As we train them, so do they train us.

And it is not only dogs who become attuned to the silent expressions of our moods and bodies.  In 1907, Clever Hans achieved fame as a horse who could do arithmetic — stomping his hooves to count out the correct answers to questions posed to him by his trainer.  Hans, it was eventually discovered, could not count, but what he could do was even more significant. He detected cues in the human bodies around him, cues that they themselves did not know they were offering, but which he could read in order to offer the right answers.

We may wonder why Hans and Mathilde pay such attention to us, why they seem to care about us, and what, if anything, they want in return.  We have the luxury, indeed, the power to answer this question as we wish, or to avoid it.  Much of the time we avoid it—avoid it so as not to face how much we don't know about them, or avoid it so as not to face when we betray their trust.  Of course, we cannot always know what it is they want, and there are times when other responsibilities of work and life and love come between to separate us for a time.  It takes effort and imagination to enter and assist them in their worlds, just as it takes constant effort and imagination on their part, to assist us in ours.

I don't expect to know exactly what Mathilde is thinking when she hears that zipper, what she is imagining or, perhaps fearing. But I do know that she is telling me something when she looks that way at it, and at me.  I can only hope that she finds an answer in me that she can accept, and that she'll be happy to see me when I return.

Kari Weil is University Professor of Letters at Wesleyan University in Connecticut and author of the book “Thinking Animals: Why Animal Studies Now”.