Fox anchor Chris Wallace says "no" to election liars on his show: "I don't want to hear their crap"

"I have purposefully not had them on because, frankly, I don't want to hear their crap," Wallace said 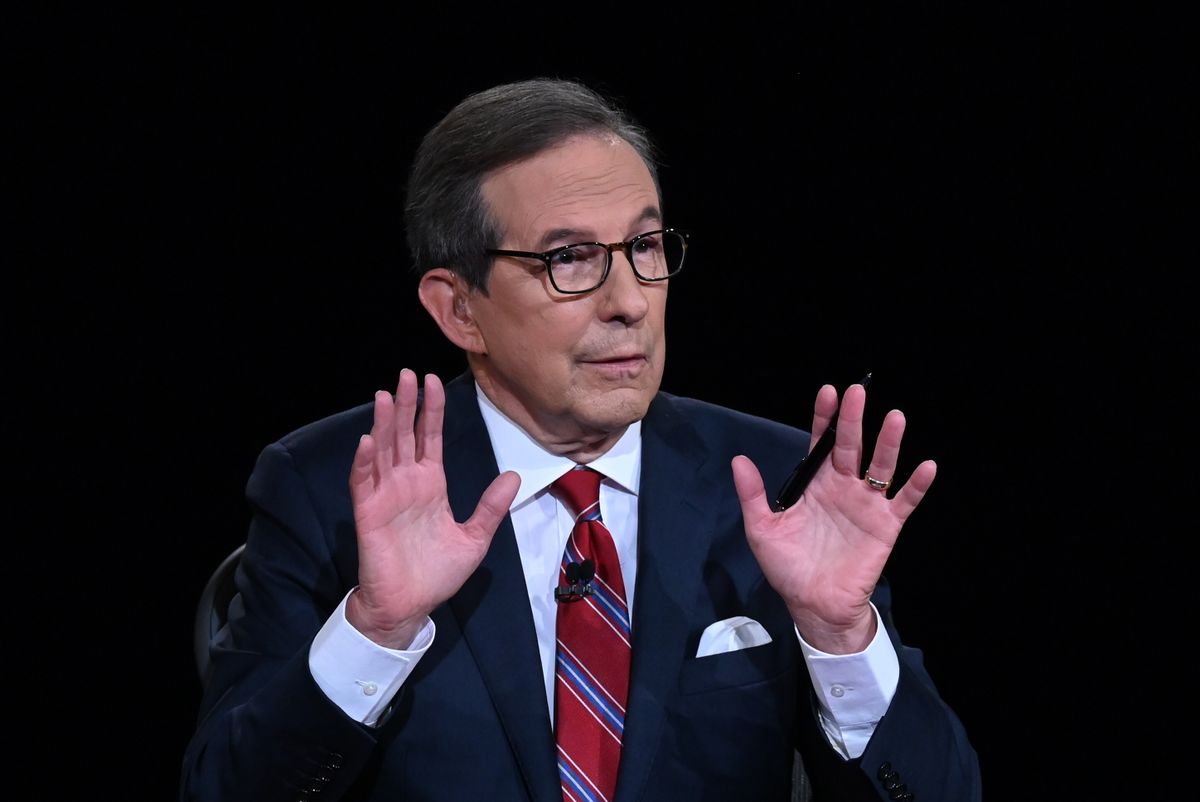 Fox News anchor Chris Wallace had some choice words for lawmakers who continue to deny the legitimacy of President Joe Biden's election, telling Republicans who have spread conspiracy theories of widespread election fraud "I don't, frankly, want to hear their crap."

Wallace made the comments during an appearance on "The Late Show with Stephen Colbert" to promote his new book, Countdown Bin Laden, on the assassination of the late terrorist leader. During the conversation, Colbert asked about Wallace's philosophy on interviewing people he knows are lying for political gain.

"Does it worry you that you give legitimacy to people who have abdicated all public responsibility?" Colbert asked.

Wallace replied that he had "purposely" kept certain Republicans off his Sunday news show since the Jan. 6 Capitol attack for this very reason.

"Well, there were plenty of people, in the Congress, who were the leaders of challenging it who I have just not had on the show ever since then," Wallace said. "I have purposefully not had them on because, frankly, I don't want to hear their crap," he added.

Wallace went on to say that it is important to maintain a dialogue with some of the big-name Republican leaders in both chambers who are pushing policy — though "I won't let them come on without putting them through the wringer," he added.

The longtime political journalist also told Colbert that he was "sickened" by the Jan. 6 insurrection and that it was one of the worst things he has seen over the course of his decades-long career.

"I've been in Washington 40 years, so I've seen a lot of bad stuff," Wallace said. "But nothing like this ... as I'm sitting there and watching it live on television and seeing this mob coming to the cathedral of our democracy and sitting in the chair that the president of the senate sits in and running around the rotunda, I was sickened."

Watch the full interview below via CBS: