Starring Mary Elizabeth Winstead as an assassin, "Kate" falls into the same trap as HBO's "The White Lotus" 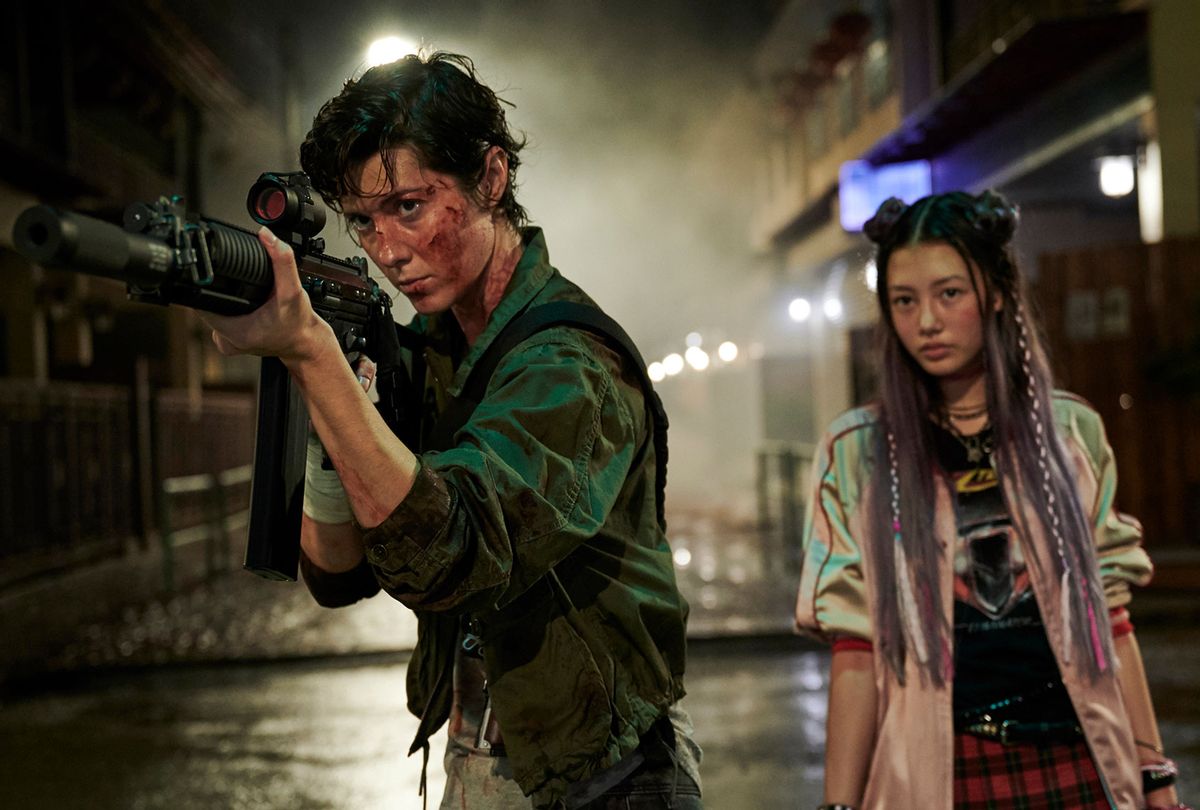 There's no escaping the imperialist mindset, even in fun action flicks like Netflix's "Kate."

The Cedric Nicolas-Troyan-directed film, which is currently No. 1 of the Top 10 most-watched on the streamer, is an explosion of nonstop action with a compelling premise: an assassin named Kate (Mary Elizabeth Winstead) has been fatally poisoned and has just 24 hours to live. Naturally, she intends to use those 24 hours to find and exact revenge upon her killer. Not so naturally, "Kate" is set in Tokyo, where Kate, a white woman, spends most of the movie's two hours killing nearly any Asian person who crosses her path.

It's a disturbing trend to witness, especially if you're a person of Asian descent. Although the movie was no doubt made before the events of last year, the alarming rise in anti-Asian violence can't be ignored while watching this. Earlier this year, one study found a 164% increase in reports of anti-Asian hate crimes in the first quarter of 2021, across 16 jurisdictions nationwide.

As the film begins to wind down, Kate finds and confronts the man she believes to be responsible for her impending death: Kijima (Jun Kunimura), head of an elite Japanese clan whose brother is slain by Kate in the movie's opening minutes. Through their revealing conversation, Kate learns that it's in fact her own boss Varrick (Woody Harrelson) who poisoned her.

"A smug westerner," Kijima says of Varrick, a white man attempting to take over Kijima's clan. "It's their way to take and take until there's nothing left. To gorge on cultures they don't understand and then evacuate their bowels on the rest of the world."

The commentary here is a spot-on description of western imperialism and its violence and greed. In this way, the movie attempts to acquit itself of its racist imagery with half-baked criticism of western ambition. But this criticism is misplaced and almost meaningless from a movie that uses Asian culture and people as a two-dimensional backdrop. "Kate" is happy to put Japanese fashions, pop music and other visual elements on display, but it never engages with the culture in any meaningful way, beyond killing the people responsible for said culture.

"Kate" also relies on the tired trope of white superheroes, or superspies and assassins, roaming foreign countries and killing unsympathetic "criminals" of color. Much of "Kate" feels like some vastly prolonged version of Hawkeye's senseless murder spree, presumably also set in the streets of Tokyo, during "Avengers: Endgame." Because Clint Barton (Jeremy Renner) is a well-loved, white superhero and family man, his violence is naturally excused by his sadness from the loss of his family.

Intentionally or not, movies like "Kate" suggest there's something inherently criminal and dangerous about foreign, nonwhite countries, which thus need to import white superheroes or supervillains to come in, and either clean up or partake in their messes. This ignores how America and Europe frankly have no shortage of their own problems — perhaps, in the U.S., starting with an overly funded military that's spent decades "fighting crime" in other countries, not unlike our onscreen "heroes."

In a way, "Kate" follows HBO's summer hit "The White Lotus," Mike White's smart and enjoyable mystery drama that critiques the privilege and delusion of rich white guests at a luxurious Hawaiian resort. Despite its overt attempts at criticism of race and class, "The White Lotus" has also been slammed by critics of color who point out that its centering of rich white people and callous disposal of its few characters of color render the show complicit in the very forces it attempts to condemn.

"Kate" falls into a similar trap. In the film's moment of truth, it offers scathing critique of western individualism, avarice and greed as corrosive and dangerous, like a disease. But like "The White Lotus," "Kate" attempts to critique whiteness while using people of color — specifically, the hordes of Asian men and supposed criminals she slaughters one after another — as props, void of humanity.

Both "Kate" and "The White Lotus" try their hand at subversive, anti-imperialist themes, while ultimately demonstrating the shortcomings of whiteness trying to critique itself. After all, both projects are directed by white men, with great focus placed on white characters. They present almost as progressive white men "ironically" spouting racist jokes in an awkward and misguided attempt at signaling their own anti-racism.

Just as "The White Lotus" tosses out hospitality workers of color like used paper towels, the white characters of "Kate" shred the streets of Tokyo and leave untold numbers or slain Asian people in their wake. No amount of explaining that these white-led projects actually oppose imperialism changes what audiences are subjected to watching on our screens.

"Kate" is as thrilling and dynamic as any top-tier action movie of today, mostly because action sequences set in Tokyo don't miss. But if anything, this raises the question of why the titular Kate had to be cast as a white woman, rather than an Asian woman. It's also telling that the one Asian character she finds the most sympathy for – and plays white savior to – is a girl who is half white.

Despite the popularity and general awesomeness of Winstead, most recently seen kicking ass as Huntress from "Birds of Prey," the Netflix film is rendered impossible to enjoy given the inherent racism and inequality of its sequences of violence. Granted, "Kate" was conceived and filmed prior to the reckonings with anti-Asian racism that unfolded earlier this year. We can only hope Hollywood has actually learned something from this moment, and will think twice before its next "white hero in Asia" flick.

"Kate" is currently streaming on Netflix.