Many movies tells stories about the heavyweight boxing champion. PBS' series explores his life as a part of history 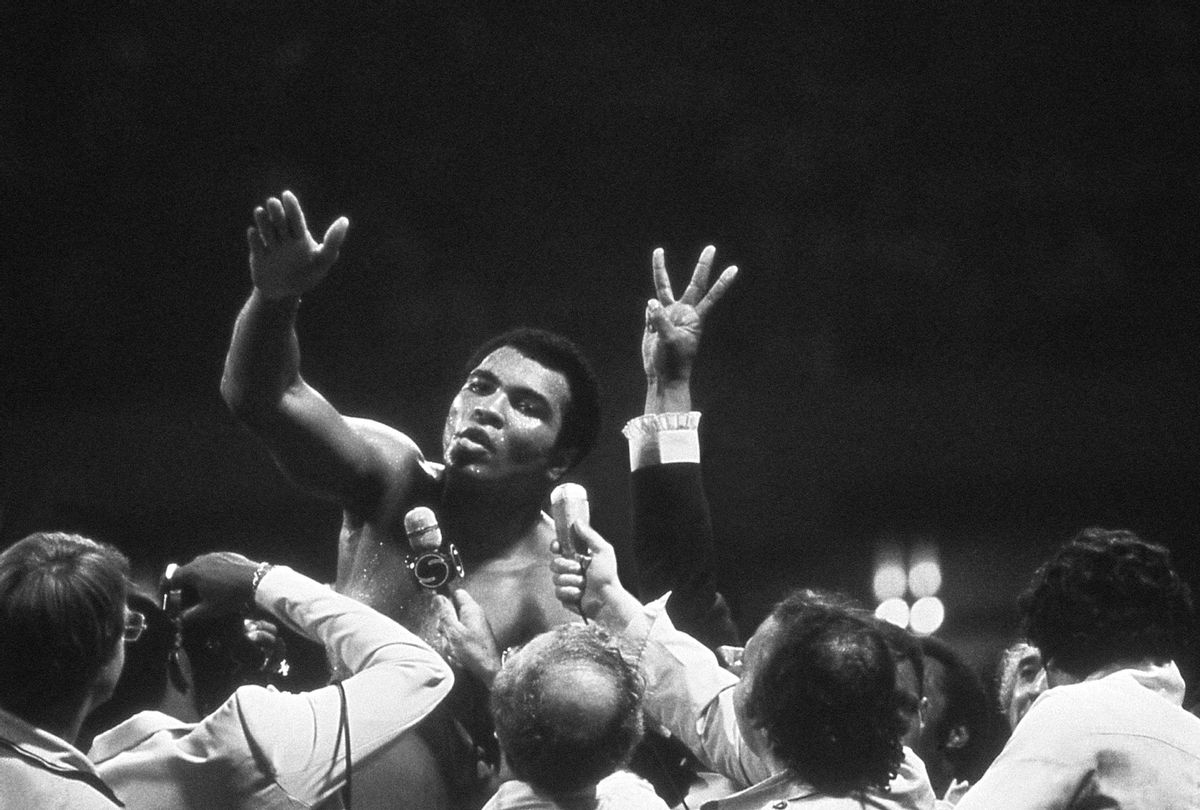 Watching "Muhammad Ali" makes a person appreciate the serious duty Ken Burns undertook in making it. This isn't said from a nostalgic or emotional place, although the four-part documentary is designed to elicit an array of feelings about the boxer, some of them conflicting.

Putting sentiment aside, what strikes you is the way Burns and his collaborators Sarah Burns and David McMahon picked up a biography that's been examined and interpreted many times, and still manage to make their version unmissable.

"Muhammad Ali" is a rare Burns piece made with an awareness of its subject's broad fandom and the fact that millions of TV viewers grew up watching some version of Ali on TV in some guise. Burns is no stranger to walking viewers through recent history or to profiling individual athletes.

That said, examining the lasting significance of Jackie Robinson, as the three filmmakers did previously, or Jack Johnson, Burns' subject in 2005, presents a different challenge than analyzing the life of The Greatest. That calls for respect, care and sobriety but less of the dry seriousness that pervades Burns' other historical treatments. With this in mind, "Muhammad Ali" more than qualifies for as a heavyweight, but it also floats as well as it stings.

A life and career defined by triumphs, setbacks and moral contradictions played out in front of the camera make Ali a popular subject among filmmakers and TV producers. Decades' worth of scripted and unscripted releases have secured a permanent spot in the collective consciousness. Among the best are Leon Gast's Oscar winning 1996 documentary "When We Were Kings" and "What's My Name: Muhammad Ali, " Antoine Fuqua's excellent 2019 HBO documentary. Even recently Netflix debuted "Blood Brothers," a tight shot on the friendship the athlete shared with Malcolm X.

Fictionalized portrayals include Regina King's 2020 Oscar nominee "One Night in Miami" and famously "Ali," the 20-year-old feature starring Will Smith. The list of sports docs, features and talk show interviews would be too long to include here, although his spur-of-the-moment poetry makes each worth a look.

All of this is to say that Burns doesn't reveal much in "Muhammad Ali" you don't already know, whether because you've watched these and other efforts, or because for a very long time Ali seemed to pop up everywhere – whether he was selling watches or his own legend by way of a '70s-era Saturday morning cartoon.

People who never saw him fight or caught his guest star appearances on TV know something about the man even if that knowledge doesn't extend that far beyond his catchphrases. But whether you know everything or next to nothing about the boxer Burns' seven-plus hour treatment contains enough magic to hold your attention and then some.

"Muhammad Ali" rumbles with all the usual Burns signatures, such as enlisting Keith David to narrate again, as he did for "Unforgivable Blackness: The Rise and Fall of Jack Johnson" and Jackie Robinson. A few nods to the culture – a snippet of a hip-hop track here, a measure or two lifted from "Lemonade" there – modulate and modernize his tone. (Never let it be said that the filmmaker doesn't know the rhythms of his subjects or their audience.)

But the soundtrack is simply a flourish adding a currency to the standard chronological construction of Ali's life, beginning in "Round One: The Greatest" with his early youth in Louisville, Ky., and his initiation into boxing, climbing the rungs of the amateur circuit before winning a gold medal at the 1960 Summer Olympics. These scenes give us our first glimpses of photographs and footages that haven't shown up anywhere else. One of the ways Burns makes his work distinct is making the most of a level of archival access others don't have.

Another is more vital and central to building the case for the essentiality of "Muhammad Ali," which is the directors' emphasis on firmly placing the subject in the context of the times the lived in.

With Ali that means explaining the popularity of boxing as a sport, and that also requires, for instance, delving into the reasons for his conscientious objection to being drafted to fight in the Vietnam War. And this calls for concise background exposition about the Nation of Islam, what it represented to Black America and how white America feared it.

This isn't merely meant to define the religion or establish its key players but to explain the racial and social implications of the white sports establishment's refusal to respect Ali's name change from Cassius Clay.

Burns has spent a career examining the American story through the prism of race and racism in America, and Ali's traces a line from the Civil Rights era to the present day. Our nation claims Ali as a hero now, but in his prime the establishment couldn't stand him. He poised himself as the champion for Black people around the world. Unsurprisingly, the World Boxing Association stripped Ali of his heavyweight champion title after he announced his conversion to Islam, and the United States government threatened him with five years in prison. Meanwhile, as he pointed out many times,  white conscientious objectors were sentenced to two years on average, even if they broke the law.

Ali's insistence on being called by his new name becomes a central component in Ali's myth building from an elite athlete and a champion into a symbol – hence the title of the second episode, "Round Two: What's My Name?"

But "Muhammad Ali" hits hardest in the lengthy stretches where the filmmakers allow the fight footage to run with the lightest of editing, and a sound boost enabling us to hear Ali taunt his rivals and land his blows. This brings the ferocity to life like nothing else.

Nowhere does this play more powerfully than in "Round Three: The Rivalry," an extensive breakdown of the lasting enmity between Ali and Joe Frazier, the first boxer to beat him.

Having New Yorker editor David Remnick set the scene and retired fighter Michael Bentt explain where the fury of each punch originates is stunning. Witnessing the grudge play out blow by blow helps the audience understand the difference between two men trying to win a match and enemies desperate to annihilate each other. You can almost sense the humidity and tension in the venue.

Others such as Walter Mosley and Ali's daughter Rasheda and brother Rahman lend their personal perspectives on the weight of Ali's legacy and the way it resonates through their lives and the culture at large, even now.

The obvious affection and esteem Burns holds for the champion leads all four segments, but it doesn't stop the experts or the filmmakers from highlighting the many times when this widely respected civil rights icon used demeaning racist tropes to promote his skill and demoralize his opponents, especially Frazier, who never let go of their feud. Even that heroic "what's my name?" bout included multiple instances of Ali calling his opponent Ernie Terrell an Uncle Tom.

Still, when his record and reputation wasn't on the line Ali was known for his generosity. Rasheda Ali talks about her father giving money to strangers who asked for help, so they'd feel special.

"In Ali's presence, you always felt that he cared," the poet Nikki Giovanni says. "That moment that he was with you, there was nobody else in the world. And I'm not so sure that that's true of a lot of people."

Again, not much of this is previously undiscovered territory. But "Muhammad Ali" demonstrates that expansive examinations of a personal history can be as substantive as works that drill down on specific portions of it. The best documentaries about Ali are detailed and meticulously drawn.

This four-night journey does these things with a broader sweep, tremendous care and a spirit that is not only fair and clear-eyed, but somehow undeniably loving, particularly with regard to the former champion's declining health in the years leading up to his death in 2016. Regardless of how much you know about Ali, the spell remains, as the title of the final "round" declares. You'll be glad to fall under it.