Beyond bolognese: A primer to 6 delectable, lesser-known pasta sauces that deserve some love

Here's how to add more unique flavor to your weeknight pasta 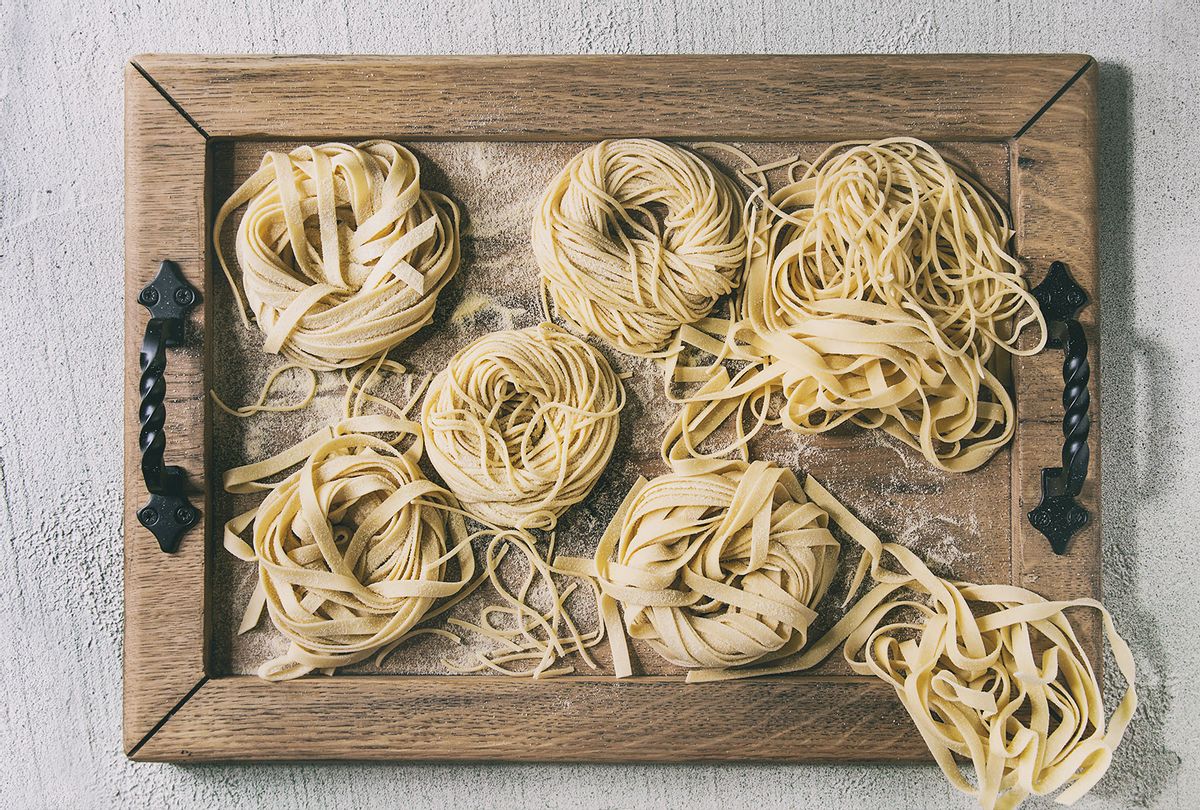 Many are familiar with the customary stalwarts of the Italian and Italian-American pasta sauce lexicon, from bolognese and amatriciana all the way to vodka and alfredo. However, some exponentially delicious sauces have "fallen through the cracks" in terms of cultural and culinary appeal — and it's time that that changes.

The interplay between pasta and sauce can be a marvelous thing. Pasta dishes, at their core, strike a perfect harmony between sauce, pasta and garnishes. The disparate components should work in tandem — allowing for a final dish that is greater than the sum of its parts.

While some dishes are referred to as their sauce first and foremost (like primavera, cacio e pepe or carbonara), others are very dependent on the noodle primarily, like spaghetti and meatballs.

Furthermore, some sauces more or less require a particular pasta shape or type in order to be properly enjoyed; for example, I primarily eat bolognese with orecchiette, the little 'ears' filling up with copious amounts of sauce and positively walloped with grated cheese. Another "genre," if you will, is stuffed pasta — ravioli, cannelloni, manicotto, tortellini and tortelloni and agnolotti — which are excellent, but aren't necessarily the kinds of pasta you'd eat on a daily basis.

One of the first, if not the first, recipes I ever mastered was Rachael Ray's Gemelli with Roasted Red Pepper Sauce. The brightness and pungency of the pepper-laced tomato sauce, the chew of the pasta, the verdancy of the fresh parsley — it's all as fresh as a daisy. The aroma of this sauce is one of my favorite things on earth. When I first made the dish, I was the ripe age of 13 years old, and I assure you that I was the only 7th grader who would rush home to start cooking. I'd sit at my desk throughout the school day restlessly, visions of recipes and ingredients dancing in my head like sugar plums.

When I did get home, I'd race into the kitchen, but then start carefully delving into the recipe as listed: mincing the shallots and onions, pureeing the roasted peppers, grating the Parm. Looking back now, that dish is truly a harbinger of all that was to come for me from a culinary perspective, and I'm honored and indebted to Ray for being one of many inspirations that resulted in my now-career.

About a decade later, I graduated to Anne Burrell's bolognese, which was a formative moment in learning about patient, mindful cooking — coaxing every single drop of flavor out of a dish, not rushing, taking your sweet ol' time on a weekday afternoon in order to ensure the most incredible end product imaginable. It's also, to this date, the pinnacle of all bolognese; I have never tasted better. As Burrell instructed, I took my sauce to the point of burning repeatedly, adding water just as the bottom of the pan became almost too dark, allowing it to loosen and deglaze, then reducing exponentially yet again, and playing this game until the sauce was absolutely perfect and ready to be tossed with the pasta.

Almost yet another decade later, my current primary pasta favorite right now is paccheri, which is essentially jumbo-sized rigatoni. It can be a challenge to squeeze an entire paccheri in your mouth, which makes them one of the very few fork-and-knife pastas shapes. Retro! (For an idea of how to use paccheri and a glimpse into this next decade of my pasta cookery, check out this super autumnal recipe I developed a few weeks ago.)

In order to help shine a light on the lesser-known pasta sauces, here's a run-down of some of the best. So hopefully one — or more — of these resonate with you and you find yourself whipping up a new pasta favorite soon.

As La Cucina Italiana notes, boscaiola is "perfect for autumn," so we're just about to enter its prime season. Boscaiola is characterized by mushrooms, white wine, cream and bacon, but there are many variations beyond thoe staples. It's deeply flavored, rich and earthy with a hint of porky smokiness, and its flavors can be deepened even further with the addition of specialty or dried mushrooms, as noted by Serious Eats.

Who on earth decided to incorporate squid ink into pasta? Because I'd like to thank that person — because squid ink pasta is stupendous!

As Best of Sicily notes, "squid ink" is sometimes actually seppia or cuttlefish ink, especially when served in Italy. Cuttlefish hails from the Mediterranean and looks like a mix of squid and octopus. As The New York Times notes, the ink was also used in cooking throughout Spain, in dishes like arroz negro and black paella.

Prior to being incorporated into pasta and other dishes, squid or seppia ink was primarily used in writing. "Sepia" — yes, like the Instagram filter — is actually a reference to this ink, which was often used in certain photographs.

Properly made zozzona is rich, silky, and viscous, emulsified by egg yolk, a combination of guanciale (pork jowl), tomato and aromatics. Iit is wildly flavorful, but can also be quite filling. It is a Roman dish that is reminiscent of amatriciana and carbonara, but has a subtle twist. Some variations also contain sausage. Bonus: The name is ridiculously fun to say, too.

Trapanese pesto is wildly different than Genoese: it is Sicilian and made of cherry tomatoes, almonds, and mint or basil. Its color is obviously very different than Genoese pesto, and the swap of herbs and nuts makes a major difference in flavor. It's also important to note that some Genoese pestos call for Parmigiano Reggiano, while Trapense sometimes has Pecorino, which is markedly sharper and can sometimes even have a subtly astringent bite.

Essentially the quieter twin of carbonara, but sometimes with guanciale instead of pancetta and — the biggest distinction — no egg.

Prior to eschewing red meat, this was one of my absolute favorite pastas, which I first ordered from a local Italian-American pizzeria that had a $9 lunch special. It was small, but absolutely perfectly made: al dente rigatoni, uber-tender short rib, and just the right amount of tomato, herbs, aromatics and cheese. It also has just the right amount of difference from bolognese, with perfectly tender, toothsome short rib taking the place of browned ground beef. It is really an exceptional dish.