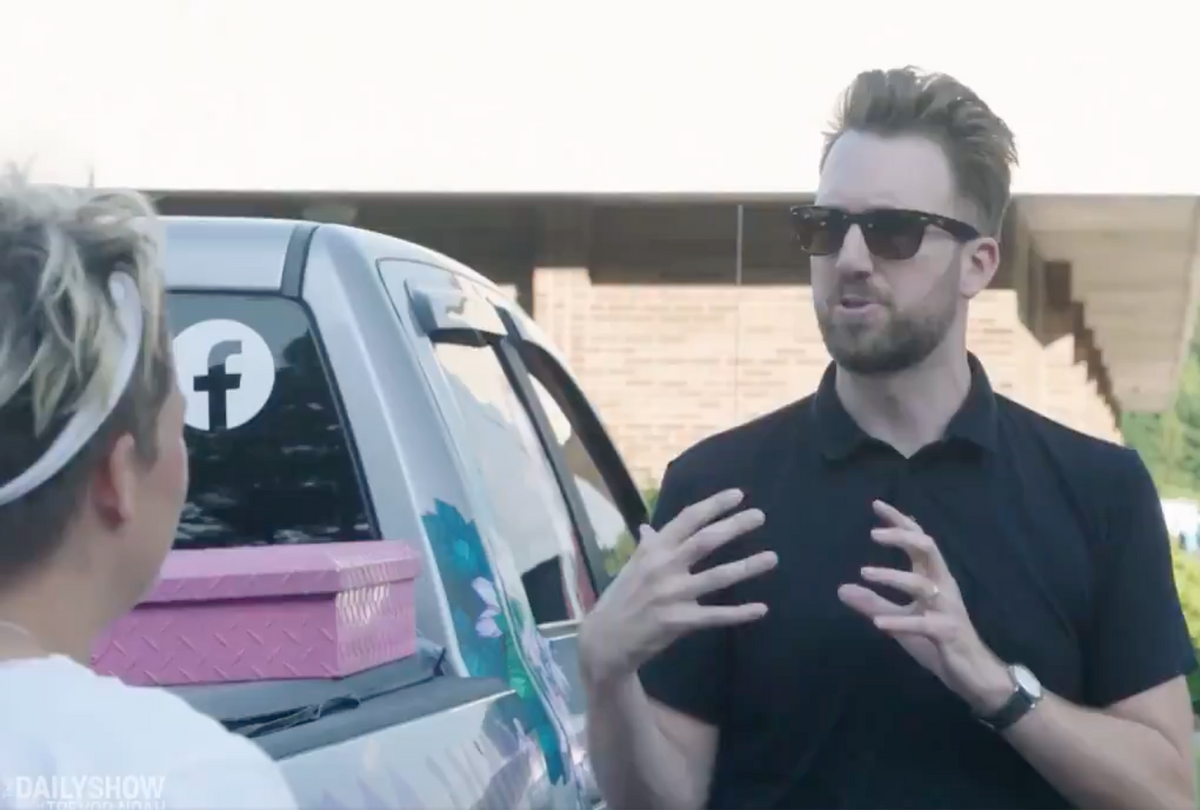 If a frontline has emerged in the new culture war, it's surely local school board meetings — where right-wing activists in dozens of municipalities have staged scenes over everything from COVID-19 safety measures to anti-racist lessons.

It was into this "thunderdome" — a school board meeting in Johnston County, North Carolina — that The Daily Show's Jordan Klepper stepped this week in an attempt to better understand the psyche of anti-maskers who had gathered for a protest against school COVID-19 prevention measures. Leading the protest just a few paces away was Rep. Madison Cawthorn, a Republican from the state who has emerged as a key figure in the conservative war on public health measures to tamp down on the surging virus.

It's hard to say what exactly Klepper was able to learn from the segment — except for the fact that not many of his interviewees knew what they were talking about.

One attendee, in an "I Don't Co-Parent With The Government" T-shirt, the slogan du jour of the protest, said that she was against "all mandates."

Another said that her son had developed acne from wearing his mask "But has he had COVID?" Klepper asks —  the answer, of course, was no.

The segment features footage of parents holding signs with anti-mask slogans, children draped in "Don't Tread on Me" flags, and others waving American flags. One self-identified parent even says that he'd been to the ICU three times this past year, floating wild conspiracies about hospitals faking COVID cases for… well, it's not entirely clear."I've walked through the hospitals, I've videoed inside hospitals, and guess what? They aren't full of COVID patients."

Klepper also stumps another attendee, who said that it was dangerous to use masks because it causes people to "breathe in toxins," by asking how surgeons manage hours-long procedures while wearing even more extensive protective equipment.

A particularly wild exchange featured one woman who claimed that in her "research," she found that Satanists stand six feet apart and wear masks during rituals. "Is it coincidence?" she says shrugging, "I don't know."

The Church of Satan responded to the video on Twitter, saying "As Satanists, we can assure you the lady at the end has no idea what she's talking about."

The protest comes as more than 16,000 North Carolinians have died since the start of the pandemic. As of Friday, there were over 1.3 million cases reported in the state.