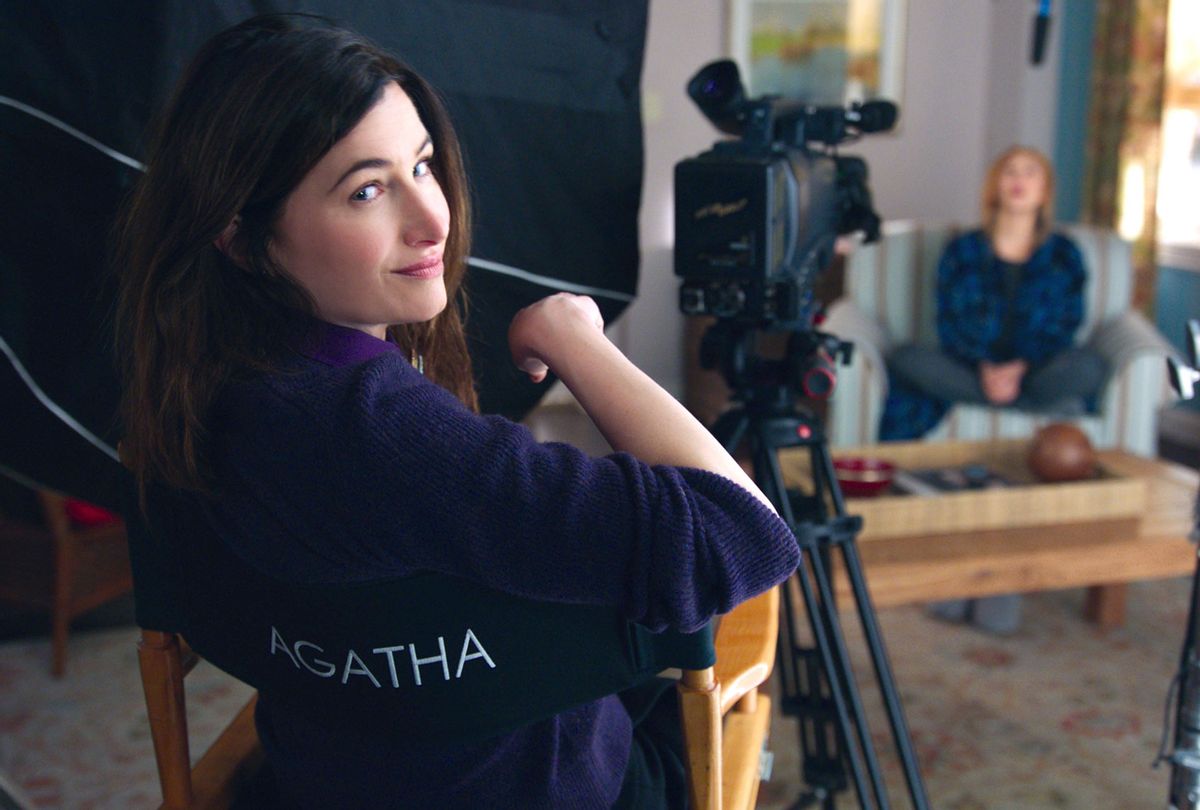 Since the revelation that it was, in fact, "Agatha all along," Marvel Studios' limited series "WandaVision" has remained arguably the most popular Disney+ show in the MCU so far. And the arc for at least one major character from the series looks like it will be continuing: Kathryn Hahn, who played the fan favorite Agnes-turned-Agatha-Harkness, is currently working with Disney+ on a spinoff series of "WandaVision," Variety reports.

News of the spinoff series follows the tremendous success of "WandaVision" in racking up a staggering 23 Emmy nominations — including best supporting actress in a limited or anthology series for Hahn as Agatha — ultimately taking home three of the awards in the craft categories.

"WandaVision" picks up shortly after the events of "Avengers: Endgame," finding Wanda Maximoff (Elizabeth Olsen) so devastated by loss that she's inadvertently created something of an alternate universe to cope. We eventually learn all of the residents of the town in her universe are being held against their will under mind control, making Wanda either the show's protagonist or antagonist pending how you look at it.

The early episodes of "WandaVision" depict her idyllic family life with a mysterious, reincarnated version of Vision (Paul Bettany), her semi-human, android lover, and their two children who materialize almost out of nowhere. Hahn as her nosy neighbor Agnes serves as comic relief for much of the series, until it's ultimately revealed that Agnes is Agatha, a powerful witch set on destroying Wanda and stealing her immense, chaos magic powers.

Wanda ultimately defeats Agatha by being true to herself, or something like that, and traps her under mind control as Agnes in West View, New Jersey in the limited series' finale. At that point, it looked like Agatha's story in the MCU was over — but it seems Marvel and Disney have noted her tremendous popularity among MCU fans, and have decided there may be more to her story to tell.

Hahn, who received an Emmy nomination for best supporting actress in a limited or anthology series, will be returning as Agatha to the dark comedy, and "WandaVision" head writer Jac Schaeffer will return to write the script. It's unclear whether the spinoff will pick up where "WandaVision" left off, or perhaps function as a prequel giving us Agatha's backstory as a witch who survived the Salem trials. In any case, as the MCU rapidly expands, introducing new heroes, villains and universes throughout Phase 4, why not just let Agatha tag along for the ride?

Hahn's "WandaVision" spinoff will join a rapidly expanding catalog of Marvel shows streaming on Disney+. Following "The Falcon and the Winter Soldier" and "Loki," which will have a second season, "Hawkeye," "Ms. Marvel," "She-Hulk," and other shows are set to stream on Disney+ in the near future.