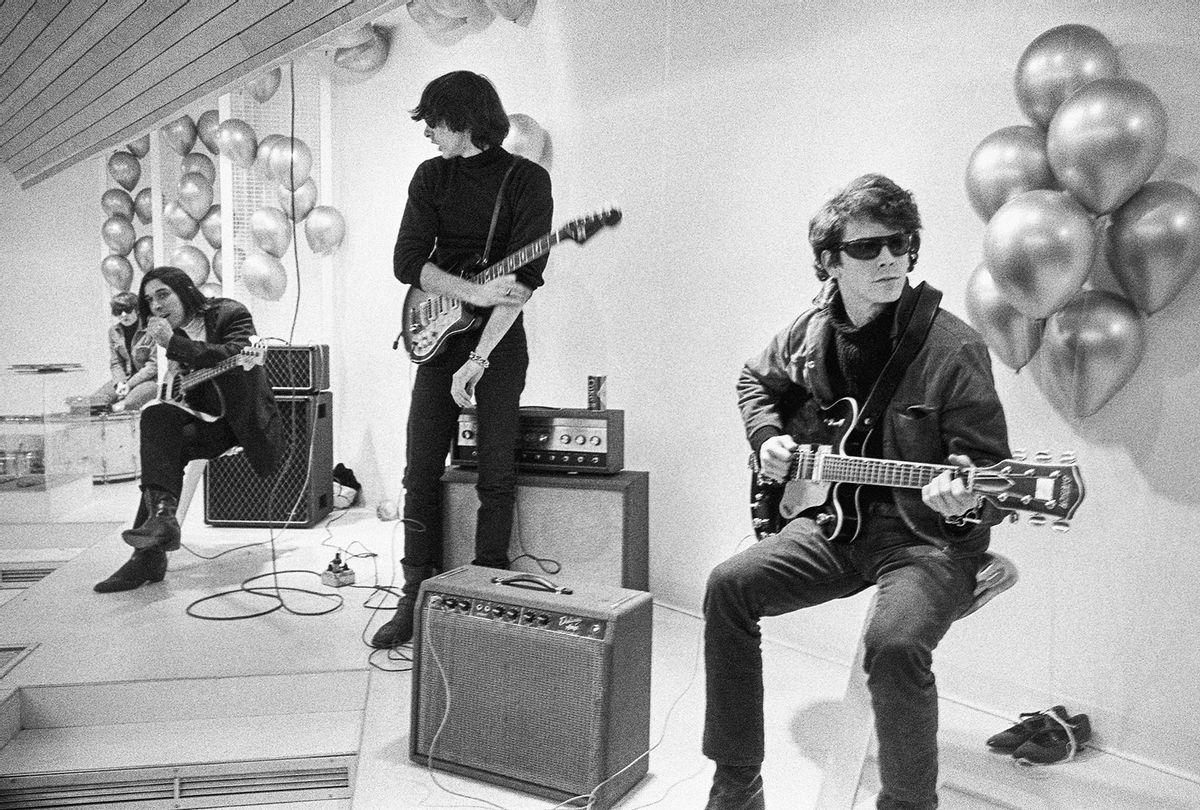 Todd Haynes' extraordinary and reverential documentary, "The Velvet Underground," opening in theaters and on Apple TV Oct. 15, recounts the lasting impact of this groundbreaking band. Haynes employs the music, film and news clips, and other images from the 1960s — including the split-screen approach of Andy Warhol films to the psychedelia of the times — to create a vivid, authentic, and atmospheric portrait. When the band releases "White Light/White Heat," which they dub "their speediest album," Haynes emphasizes this with speeded-up footage. It is breathtaking.

The film offers only a few gossipy moments; this is not a "Behind the Music" style exposé. Instead Haynes gets thoughtful observations from folks who were there. Lou Reed's sister, Merrill Reed Weiner, is captivating talking about her brother and their childhood on Long Island. There are poignant discussions about Reed's depression and insecurity. Warhol Superstar Mary Woronov provides terrific anecdotes about the artists as outsiders, and how the band was received on their trip to Los Angeles. And there is a telling story by Richard Mishkin about what Reed did when he refused to play a gig on boat. Filmmakers Jonas Mekas and John Waters, film critic Amy Taubin, and musician Jackson Brown also recount interesting memories.

Haynes slowly assembles the band in the first half of the documentary, and this allows viewers to learn about Reed going to and playing in gay clubs, because, he acknowledged, they were more interesting crowds. Reed learned the guitar by playing along with records and wrote poetry with gay themes that disturbed folks. But Reed was, as one interviewee explains, "Setting up scenarios to write [songs] about." One of those tunes was, of course, "Heroin."

John Cale, in contrast, focused more on the music and claims he came to appreciate sounds from listening to the radio. When he started composing, which he describes as "carving the arc of a piece," he talks eloquently about the "birth of improvisation" and the tension of not knowing where the sound will go. It astutely encapsulates his approach to music. Paired with Reed's lyrics, it becomes the perfect combination. Guitarist Sterling Morrison and drummer Maureen (Moe) Tucker soon joined; the singer, Nico, was added later. Nico's mystique, along with her distinctive look and louche voice, were assets to the band, and, as the film shows, a bit controversial.

"The Velvet Underground" notably provides some historical context of the 1960s, when there was an explosion of art, film and music. Reed and Cale had a minor hit dance song, "The Ostrich," when they played as The Primitives, but it wasn't until they appeared as The Velvet Underground that the songs "really came to life." And while their radically different music captured the zeitgeist of the times, it was for outsiders, not everyone. When Tucker acknowledges that if only half the crowd walks out — it was a good show.

Of course, it was an invitation to Warhol's factory and the pop artist's support and influence that helped bring about the classic "banana" album. "The Velvet Underground" discusses Warhol's management, and his multimedia show, "The Exploding Plastic Inevitable." Haynes deftly incorporates clips from these performances, where the band played as films were projected behind them. They are fascinating pieces from a time capsule.

While the documentary is extremely well constructed, one minor complaint is a lack of how much time passed between some of the critical events discussed — from the band leaving Warhol and Nico leaving, to forcing Cale out and replacing him with Doug Yule. The three albums the band recorded after "White Light/White Heat" are mentioned only in passing, if at all. It is probably for the best that Haynes concentrates on the band's heyday — because that is the most interesting period — but stories about Yule singing "Candy Says," and Tucker performing vocals on the charming song, "After Hours," are great. They flesh out the contributions of these band members.

Some of the best observations in the film come from musician Jonathan Richman, a fan of the Velvet Underground, who bonded with them and came to perform his own music having learned from them. The band's power and influence are seen through Richman's eyes and one can easily surmise Haynes had a not dissimilar response to their music.

"The Velvet Underground" is an impassioned, irresistible portrait. Haynes slightly avant-garde approach is wholly appropriate and why this documentary is so exceptional.

"Velvet Underground" is in theaters and on Apple TV+ Friday, Oct. 15.