Fascism or freedom? America is stuck in an ugly and dangerous in-between

We are caught between a dying world — which we cannot save — and a new one being born. We must face that choice 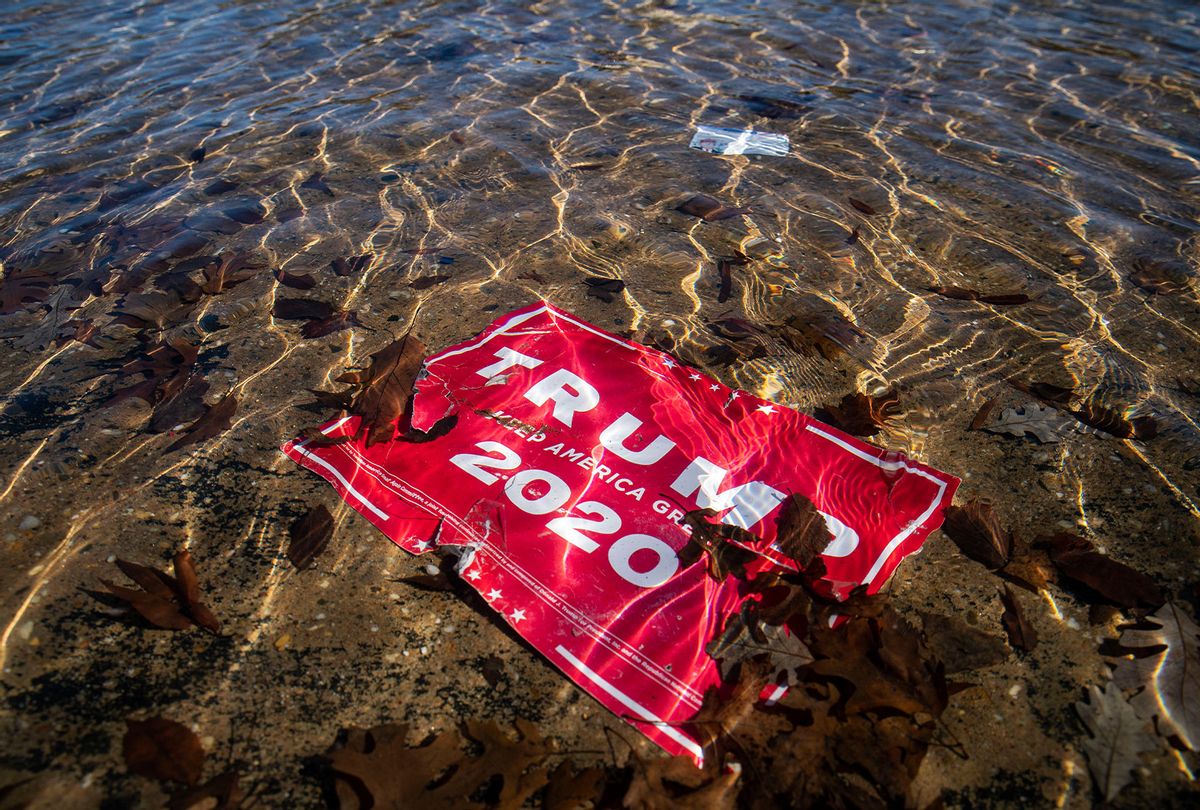 America's democracy crisis is rapidly getting worse. Collapse may be imminent, and coming far faster than many experts predicted. In a new conversation with Dean Obeidallah for Salon Talks, Harvard political scientist Steven Levitsky, co-author of "How Democracies Die," says that when the book was published three years ago, he and co-author Daniel Ziblatt still believed "that the bulk of the Republican Party was minimally committed to small-D democracy."

"We believed there was a faction in the Republican Party, particularly in the Senate, that would be able and willing to draw a line that they wouldn't let Trump cross," he said. "And we were wrong about that. The speed and the extent to which the Republican Party has been Trumpified is way beyond anything that we expected."

We can only conclude that the country's democratic institutions were not as strong as many people believed them to be, and that the American people's faith in democracy was exaggerated. Furthermore, the Republican Party's move towards fascism was far deeper and more sincere than the country's political elites and mainstream media wanted to admit. Many other societal problems also helped bring America to this crisis.

This sort of slippage is often seen in a society during an interregnum, the sort of in-between historical period famously described by Italian Marxist Antonio Gramsci: "The old world is dying and the new world struggles to be born. Now is the time of monsters."

In a featured essay for the Society of Cultural Anthropology's online journal, Andrea Muehlebach offers this context:

Interregnum was the term used in ancient Rome to refer to the moment of legal and political in-betweenness that followed the death of the sovereign and preceded the enthronement of his successor. The declaration of interregnum was accompanied by the proclamation of justitium, for it was not only sovereignty but also legality that was suspended. Gramsci brilliantly played with these terms, extending them as he grappled with the generalized crisis of authority in his own time. Old hegemonies were crumbling. The ruling order had lost its capacity to lead through consent. The masses had drifted away from traditional ideologies and toward a structure of feeling that awaited full articulation. The horizon was open.

The rest, as we know, is history.

Such moments of crisis pose a fundamental challenge to the way individuals think about their role in society.

When a society's landmarks are erased and its lodestars or guiding lights are plucked from the sky, a collective confusion and disorientation — even madness — can take hold. Fundamental questions of personal identity come to the fore: Who am I in this moment? How do I make sense of it all? Will I even survive? Am I obsolete? Does my life have meaning?

To varying degrees and in different ways these kinds of questions are being asked by both America's elites and everyday people. There are no easy answers but the stakes are very high: America's choice between fascism and freedom.

In seeking these answers it will be tempting to default to obsolete habits and assumptions, which will often bring neither salvation nor safety. In a recent column for the Washington Post, Jennifer Rubin — a somewhat repentant anti-Trump conservative — offers one such example:

Republicans' embrace of conspiracy theories, election denial, vaccine mandate opposition and, frankly, nihilism pose real threats to our democracy and to the health of Americans. But just because Republicans delight in "owning the libs" does not mean their behavior helps them politically. To the contrary, Democrats may well make hay out of Republican trail of chaos.

Rubin argues that the failed recall campaign against California Gov. Gavin Newsom offers an electoral strategy: "spotlighting Republicans' extremism is a winner for Democrats. ... There is nothing like the specter of misogynistic antiabortion policy or Republicans' willful refusal to fight a deadly pandemic to engage the Democratic base. Moreover, in stressing these issues, Democrats do nothing to alienate independents or sane Republicans." She concludes this way:

Even Democrats — who are often loath to sound "too negative" or to use blunt language instead of complex policy arguments — should be able to figure out a campaign message for 2022. Republicans are neither conservative in economic outlook (look at the business community's reaction to the debt ceiling standoff) nor pro-life (consider the innocent life they put at risk in their management of the pandemic). They fail to put the country's national security above partisan politics. Theirs is a radical, reckless and revanchist party — one far too dangerous to trust with power. Call it the "Chaos Party," a term that will remind suburban voters and college-educated voters why they fled the GOP in 2020.

Rubin is well-intentioned. Unfortunately, her hopeful vision withers in the harsh light of facts, and she is not alone — many people in the political and media classes share such dangerously naïve views.

Today's Republican Party and the larger right-wing movement no longer feel any commitment to "normal politics," with its traditional mores of compromise, consensus building and other forms of horse trading, and where each side strives to win as much as possible while maintaining some semblance of a functioning democracy.

Victory is all that matters for today's Republican Party. Destruction, not creation, is the Republican modus operandi. When they gain control of the levers of government, "democracy" becomes an instrument used to undermine the system itself on the road to creating an autocratic one-party state, if not an all-out authoritarian regime.

Republican leaders and their foot soldiers are using gerrymandering, voter suppression laws and voter exclusion, as well as political violence — as seen on Jan. 6 — and other forms of intimidation to limit the franchise to their own supporters. If the Republican-fascist movement achieves its goals, America will become an apartheid theocratic pseudo democracy similar to Russia or Hungary, where the Republican Party and its followers can effectively do whatever they want, without facing consequences or any significant accountability. One of the darkest indications of the way the Republican Party has abandoned democracy and "normal" or "responsible" politics, is its willingness to let its own voters die in the pandemic.

If anything, followers of Donald Trump and his Republican-fascist movement have become even more loyal to the cause than they were previously. This is true even when confronted by the mass death caused by the coronavirus and how Republican-fascist leaders made the pandemic much worse.

Jennifer Rubin's essay reflects the widespread hope that somehow, someday, Republicans will be punished for their assaults on democracy and other crimes. But this hopeful sentiment avoids the inconvenient fact that Rubin and her fellow "traditional"  or "mainstream" conservatives themselves helped to create the conditions that gave rise to the Trumpist monstrosity she now hopes can be brought to heel. (Spoiler: It cannot be.)

This urgent crisis of democracy has forced a type of paradigm shift onto (white) American society and culture. It is a great personal and existential challenge for the fourth estate and the political class to acknowledge the unsettling new reality. What happens when they do not have the answers, and like the American people en masse, they feel disoriented and lost?

As the American people and their leaders navigate this dangerous period of crisis, interregnum and paradigm shift, they will need to resist seductive illusions and refuse easy answers offered by hucksters who assure them there is an easy way out. To defeat and survive the rising fascist tide, there is only one solution: Accept that the old world is gone, and fight to create a better one.

In my recent conversation with the Rev. William J. Barber II for Salon, he described the necessity of harnessing the strange and powerful energies of this moment:

Now the question is, where's the energy going to go? Because it's going somewhere. And it is always when a nation is about to burst that moral movements are birthed. If you do not have the moral movements, then that energy can go in directions that are utterly destructive. But that bursting can also be a birthing. As has been explained to me, when a woman has a baby, it is the most critical time between life and death, and the most creative time.

In the weeks since that conversation — weeks that feel like years — it has become ever more clear that the American people will have to accept significant pain in order to survive this dangerous moment of interregnum. But on the other side of pain and struggle and sacrifice, a healthier civic life, and a genuine multiracial democracy may await them.