In Netflix's "Found," three girls examine their identity as adoptees: "We continue to shed our skin"

Salon spoke to director Amanda Lipitz, who says she placed the subjects' emotional well-being before filmmaking 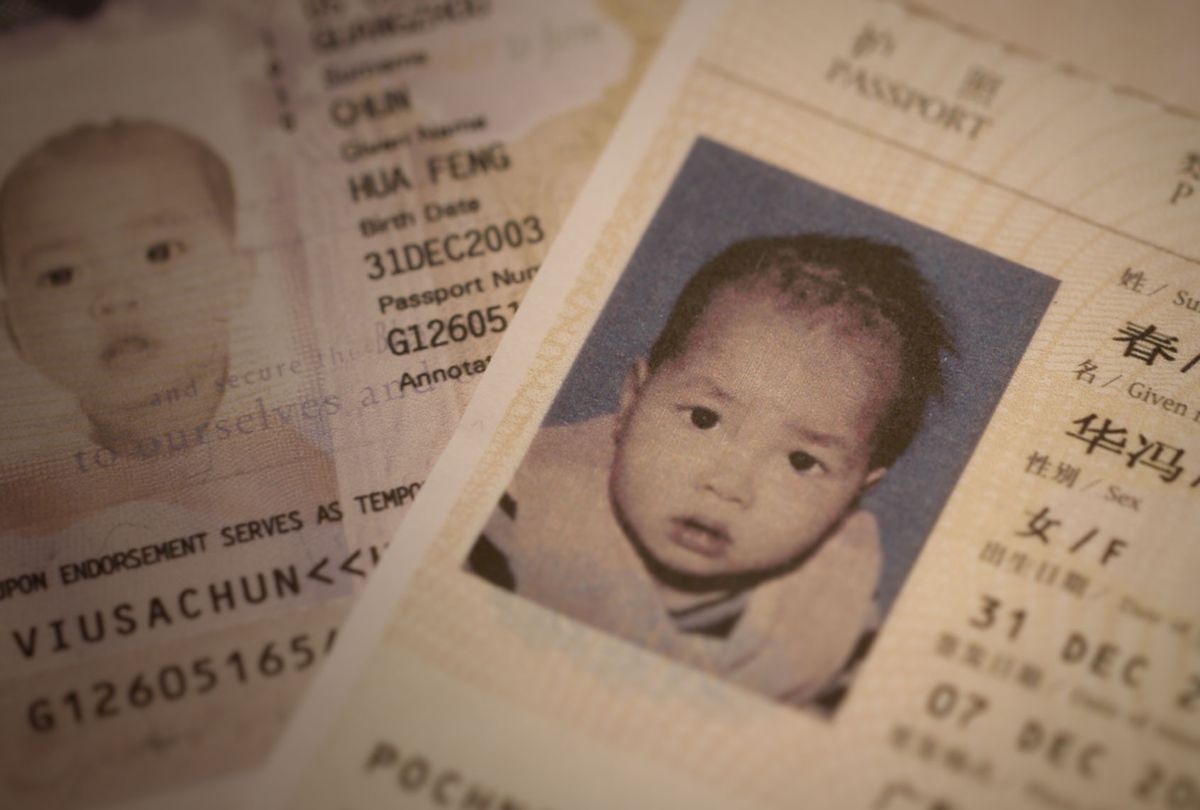 The estimated number of Chinese babies adopted overseas is approximately 150,000. The "one child policy" forced parents to give their babies up for adoption — not because the parents do not love them, but because they could not afford to keep additional children. (Families in China were assessed fees for having more than one child.) The moving documentary, "Found," directed by Amanda Lipitz, and premiering Oct. 20 on Netflix, chronicles the efforts of three Chinese American young women searching for their identity and history. Chloe is raised in a Jewish family; Sadie is living in Nashville; and Lily is in Oklahoma City. Through 23andMe, they discover they are cousins, and through the assistance of Liu Hao, a genealogist and family researcher in Beijing, they attempt to locate their birth families.

Lipitz asks profound questions such as, what it would be like to be raised in a different family? And, what was it like for Chinese parents to give up their children? Both the adoptive children and the parents who give their children up are grieving about what has been lost. In addition, the film asks questions about identity. Chloe does not feel connected to her adoptive Jewish family's roots. Lily has jaw surgery to correct a genetic condition. There are issues of race and class, as well as guilt and shame and forgiveness. The film is particularly emotional when the three families travel to China to see where they were abandoned and meet their potential biological parents.

Lipitz, who is Chloe's aunt, chatted with Salon about her engaging documentary.

What was it about your niece's story that prompted you to make this documentary?

When my big brother told me that he was adopting a little girl from China, I was so excited for our family and for their family, and I couldn't wait to meet her. I flew out about a week after she came home and I remember walking her in her stroller and looking up at the sky and thinking, how would she ever know her past? I pride myself on my role as aunt. I became an aunt when I was 13, so it has been a big part of my life for a long time before I had my own children. Chloe and I are very close, and I have watched her be hesitant to explore her past. But when Chloe found her cousin — the first blood relative that she had ever known — I watched it awaken this dormant curiosity in her, and I watched it in all the girls.

What were the risks of embarking on this journey? We see the emotional devastation that some of the participants experience. How prepared were the film's subjects to be put through the emotional wringer?

We weren't focused on finding birth parents, it was more a journey of self-discovery and the courage to find out who you really are. We always put the girls' emotional well-being above any filmmaking. We were constantly checking in with the parents and the young women. In fact, there were moments when we'd ask, "Are you sure you want to keep going here?" They were the ones who gave us courage to keep going, so that was a big part of the filmmaking and why the girls felt so safe.

Yes, the scenes in China are interesting because we get more than just tracking down the possible birth parents. Can you talk about that part of the film?

The families were looking for someone who could take us on a journey to discover China and immerse the girls in this culture. It was not solely focused on the adoption portion of the story. We were fascinated by Liu Hao's work. What you see is what I saw — the process where you try to find someone's "lost history," which is how she describes it — and that is exactly what she did.

We are really proud that this film is not just about being adopted from China, it's about what makes a family, and that human connection, and what's inside your heart. There is an ancient Chinese proverb about the red string that ties all of us together. It is tied around our ankles. It may stretch, it may tangle, but it will never break; we are all connected by this invisible red thread. I hope that's what people take away from the film. It's a much bigger message of what a family can be, and what makes a family.

Likewise, I appreciate that you show both the nannies who raised the girls in the orphanage in China as well as stories of both the American and the potential Chinese parents and siblings to examine the guilt and shame they feel in this situation. There is love and connection, but also conflicted emotions. Can you talk about that and your focus not just on the adopted kids but their families?

The parents are absolutely incredible and the unsung heroes. They let their daughters take the lead. They don't put any of their own personal feelings or judgments on it. It is all about what the girls want at every step of the way and just being there to support them. Knowing when the girls needed to go and do something on their own, and when they needed a hug. I have three kids, and as a parent, I learned so much about how they truly cradled their daughters in this love. That gives the girls the strength and security to keep going and be so brave.

The nannies! I love when Liu Hao says that they are the "frontline warriors," and I love it when Chloe says, "How can they remember me out of all these babies?" But the truth is, you take care of a baby for 15 months every single day; you know that baby. I don't care how many other babies you're taking care of. I love when the nanny says, "We villagers don't have dreams," this is their way of being a hero, and filling this huge hole in the culture of China. These women came in and they were the front line warriors. The whole film is a love connection between all of the people that are connected in so many different ways, but we watch the girls fall in love, too, which is the best thing that could have happened.

I think one of the biggest questions the film asks is the what-if question? These young women grew up adopted in America. Do you think, having had that experience, they would have traded it to live in a farm in rural China with their birth family?

I can't answer that for the girls, but one of the most beautiful moments for an American audience is when [potential birth parent] Mr. Chen's daughter says, "I feel guilty because I got to grow up with my parents and I feel lucky." It's all relative. It's about where you are coming from and what your life experience is. It is where that young woman is coming from. She grew up in China on a farm, and she feels lucky because she's been surrounded by this love.

I can't answer what they would do if their life had been different, but anyone who is adopted or a has a question mark in a parent situation, always thinks how life would be different. Chloe says in the beginning, "How would my life be different if I had grown up with a different family?"

There are questions of identity and race. Yet all three young women try to balance their interest in Chinese culture (like learning Mandarin) with their American experiences. What are your thoughts, even from watching your niece, about how they manage this and the conflict it causes them?

It goes back to dormant curiosity. As you grow, those questions get louder and louder. When Chloe insisted that she go to a school that teaches Mandarin, I don't think she was actually in her mind connecting it to her adoption. It was just something she wanted to do. When you are young, you find ways to express the things that you want. All those these girls, their expression came out through writing, and learning, through curiosity and reaching out and making connections online. There have been other things in life that immerse them in Chinese culture, but truly, meeting each other was the most meaningful to them.

The issue of gender is significant for these adoptees; they were given up because they were female. Liu Hao also has a horrific story of her father dismissing her because she was female. How do you think these women were empowered by these experiences of discrimination?

That they were given up because they were girls is at the surface of it, but when you meet Mr. Chen, and you hear his story — that no matter what baby it was, or what gender it was, they were going to give this baby away because of the cost to keep it. It depended on the circumstance. These three women, in particular, have grown up treasured daughters and they feel that very strongly, and that gives them confidence walking through this life. Liu Hao has had her own experiences growing up, and they have empowered her.

Given that you are not adopted, have you done a 23andMe test, or have you explored issues related to your identity? What and why?

I have done the 23andMe test and have explored issues related to my identity. I find that mine is pretty straightforward, so I really like to tell stories that amplify voices and stories we may not have heard. I'm always drawn to those stories where people are finding out who they are — especially female stories, where they are shedding that skin over and over again. As women, we continue to shed our skin and change ourselves. For me, every film I make, every creative project I go into, I am looking for how will I be transformed by this, and how can I change somebody's mind?

"Found" is now streaming on Netflix.