Meghan McCain fumes over her "Princess of Arizona" SNL portrayal: "Laughing stock of the country"

"I felt like for a while that I was just the laughing stock of the country," McCain complained to Rolling Stone 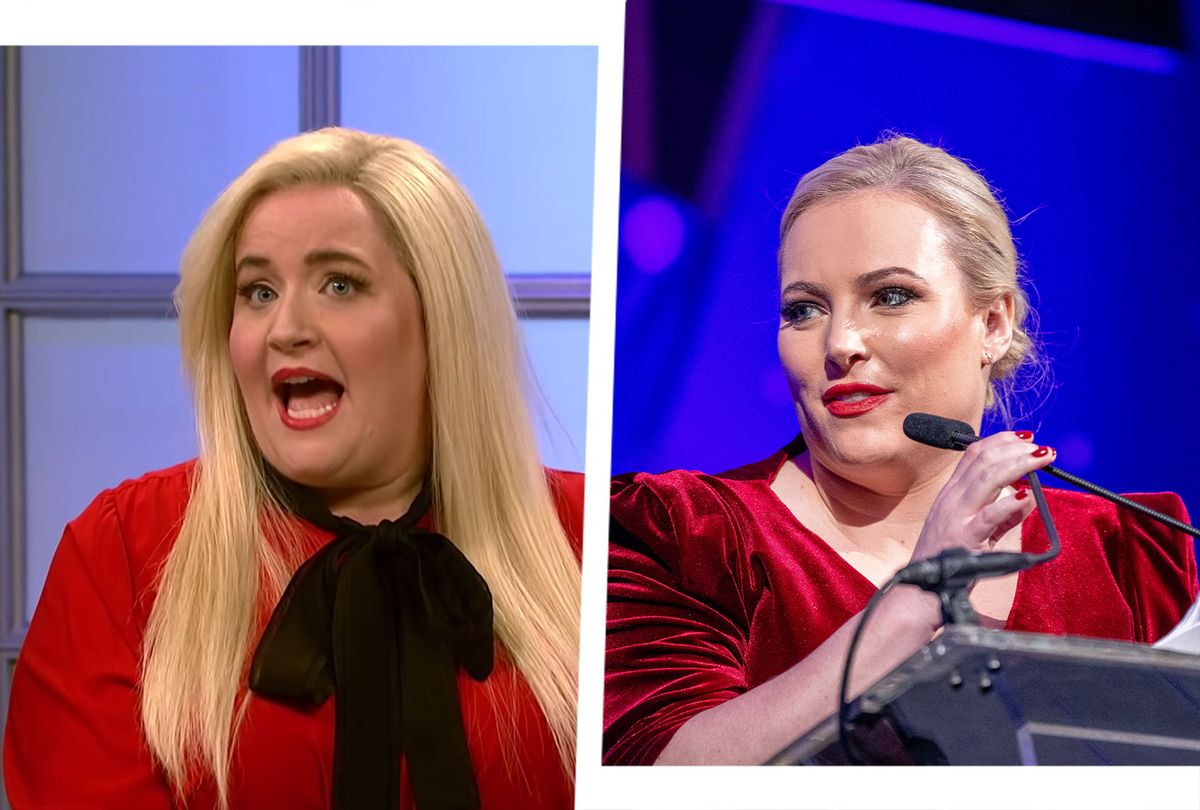 Meghan McCain discussed how she hated being ridiculed by "Saturday Night Live" in a new interview with "best friend" S.E. Cupp that was published by Rolling Stone.

"Why do people have this princess impression of you?" Cupp asked.

"I'm very aware of this, like, spoiled, entitled queen of nepotism persona that is out there. Some of it I think is, I didn't always react my best on air on 'The View.' To my defense, neither did anyone else, everybody's just watching me react badly the most and making the most of it," McCain replied.

"I think partly Saturday Night Live parodies have this way of becoming reality," she said.

"People really loved it when SNL dunked on me, and it was not flattering or kind. And, by the way, they were pretty nice to the rest of the ['View'] cast, just not great to me," McCain said.

"I feel like I have a pretty healthy sense of humor. But I think if people knew what it has done to me mentally, emotionally, the toll it's taken on me, the depression that has followed … just the dark spirals. I felt like for a while that I was just the laughing stock of the country," she said.

"Can I just say something as the princess of Arizona?" Aidy Bryant's McCain asked. "There is a crisis at the border, and the border is right up in my Arizona, which was founded on sunburnt women selling turquoise jewelry, not rando Mexicans. And that's not racist because my makeup artist is gay."

At the time, McCain said being made fun of by the show was "a huge cultural honor" and embraced the "princess of Arizona" label.