"Insecure" to the end: Issa Rae's groundbreaking comedy sails into its final season

Knowing that one of the realest show on TV is heading into its final season is tough. But it has also come far 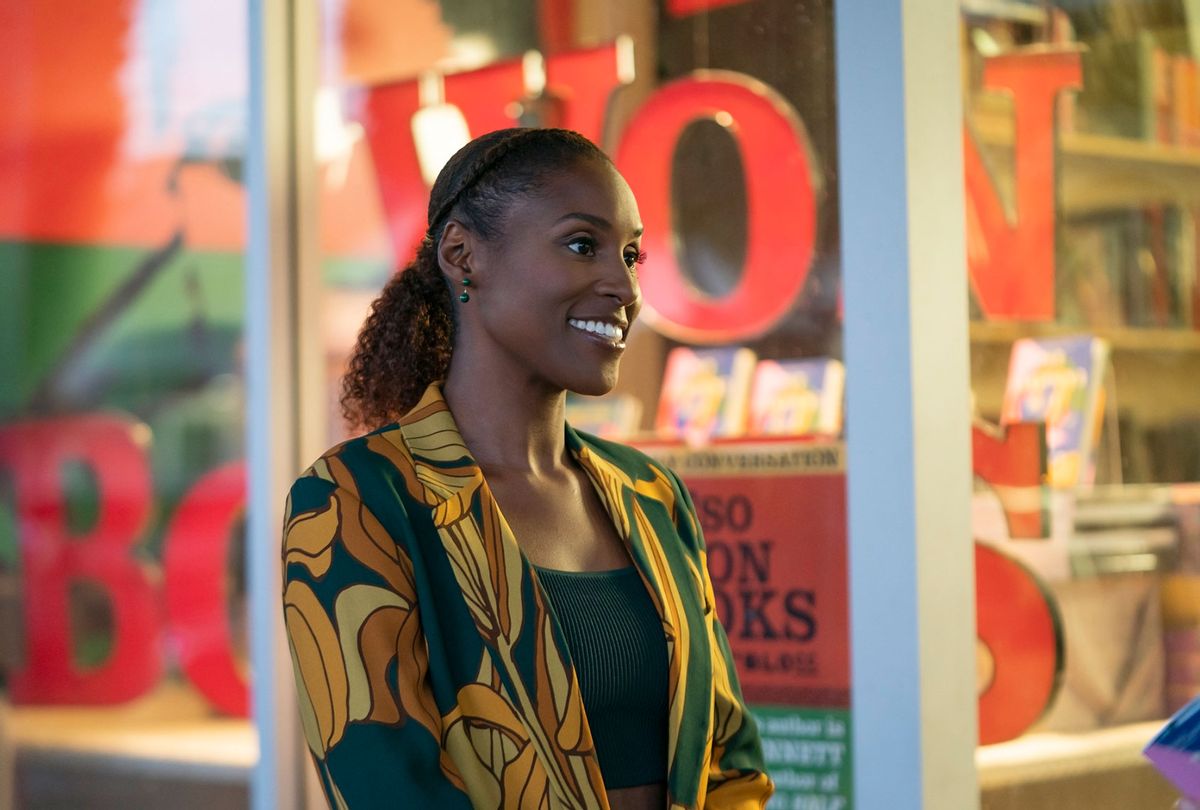 As "Insecure" launches its final season Issa Dee is on her way . . . somewhere, existentially speaking. Concretely, the premiere shows her headed to her 10-year college reunion weekend, where she's been invited to participate in a panel titled "Finding Your Path: Advice from Alumni Entrepreneurs."

It's only when she's onstage with her fellow panelists, who confidently play the part of the successful entrepreneur by saying exactly what the audience wants to hear, that it occurs to her that she might be flying blind. When the moderator poses the last question – "When did you know that you were on the right path? – she's the only one who responds with honest self-doubt.

"I don't know that I'm on the right path," she says. "There's no way to be sure that you've made the right choice." This feels like it comes straight from Issa Rae's heart; even now, as the show eases us toward its ending, its realness is singular and undeniable.

That scene and the cascade of developments that follow hint that Rae may mean us to understand her show's title to be the answer to the question of how we are at any given stage of life. That's always, always made "Insecure" one of TV's truest comforts, even when its central duo hits a low floor in their friendship and almost shatters.

Issa and Molly (Yvonne Orji) are still healing their relationship and navigating their way forward. Separately, they've come a long way from where they started, with Molly settling into a law firm where she's respected and Issa making some headway with her community-centered PR start-up, The Blocc.

Nevertheless, even as she celebrates getting the star treatment from her alma mater, she wonders why she hasn't gotten as far in life as she pictured she would be as a fresh-faced undergrad. This is after she asks her friends in her signature joking-not-joking Issa way, "Am I official in life?"

If you love "Insecure," you may be torn between acknowledging Rae's smart choice to close the show while it's still in top form and devastated by the realization that this run of episodes are all that's left.

Assuming the rest of the season is as sharp, witty and melancholy as the four episodes made available for review there's no reason to worry about where it's headed.  Rae and showrunner Prentice Penny prove they're still making one of the funniest shows on TV, but not at the expense of its sentimental mood.

RELATED: "Insecure" star Yvonne Orji is rewriting the immigrant narrative "one joke at a time"

Rae intentionally ignores the pandemic, and I'm grateful for that. It isn't something we'll want to be reminded of when we revisit this show down the road and marvel at all the ways it captures a feeling more than a specific point in time.

And people will be studying "Insecure" for many reasons, from the seductive cinematography to its overall style and seamless portrayal of culturally specific issues that shows written by and made for white audiences rarely take on. "Insecure" drills down on the challenges Black women face in the workplace and the ways we challenge and question each other as mothers, lovers and supporters, all while depicting the high burden of expectation we place on ourselves.

Issa, Molly and their girls Kelli (Natasha Rothwell) and Tiffany (Amanda Seales) remain loyal to each other and have learned patience as they've moved from their wild 20s into their 30s. They're realizing that at long last, they're finding their way in the world.  Nevertheless, when College Issa shows up in the mirror to celebrate Present Day Issa's achievements, she inadvertently reminds her of how many of her dreams have shifted or simply fallen away.

When a show like "Insecure" starts its march toward its finale we're compelled to analyze its place within the firmament of shows like it. Comparisons to "Girls," "Sex and the City," "Broad City" and "Girlfriends" are inevitable.

But with the exception of Mara Brock Akil's classic, none of those shows captured the ungainly feeling of early adulting and independence without a fallback option or privilege to coast upon like this show does. Issa, Molly, Kelli and Tiffany get to be selfish and even pompous at times, but they're also gorgeously vulnerable and prone to make mistakes. Through them "Insecure" consistently messages that it gets what it's like to be unleashed on the world with little else but your ambitions and realize there's no map, no going back and nobody to catch you when you fall.

Now it's dawning on Issa that the search for the right route to happiness and success may never be over. And Molly fears that as they get older, the roads she hasn't traveled may be closed off to her.

And it dives into the mess of what all this means with humor and joy, in a way that no other show on TV does as naturally. Mess is a word that comes up constantly in this show – everybody's a little bit messy, or a lot, and everyone else accepts that to be the case.

This show helps us to be OK with our mess. That's why we love when it erupts through Kelli's wildness or simmers under Tiffany's glossy, manicured judgment. Their chaos resembles our own psychological clutter.

Watching them rearrange it into a kind of order make us appreciate the extent to which Issa, Molly and the rest have grown in the five years since we met them, when they still took solace in knowing that a certain amount of aimlessness is a given in young adulthood.

In our 30s we make plans, set goals and make moves. But we also begin to feel our years, look and think a lot more before we leap and wonder if all that's going wrong can be fixed. Issa discovers that the world has a way of rewarding her efforts in surprising ways and testing her grace at the same time. Molly takes a hard look at herself and wonders how she might be getting in her own way.

There are so many things about this show I'm going to miss, including the way it centers Black culture in L.A. in all of its dazzle, elegance and variety; the way it examines the humor and ache that comes with growing up and out of old habits. I'll miss its honesty about the fact that sometimes we grow beyond the loves we once told ourselves we'd hold in our hearts forever.

Rae has many more irons in the fire than when "Insecure" began and knowing that lessens the blow of knowing the show is leaving us. There's no telling how Issa and Molly's story will close, and I'm in no hurry to get there. But moving forward with their questions is better than lingering between what we already know and stepping into the next chapter.