Progressives draw their line in the sand: Medicare expansion must remain in Biden bill

Bernie Sanders, Ilhan Omar and Cori Bush all say expanded coverage must stay in, no matter what Manchin wants 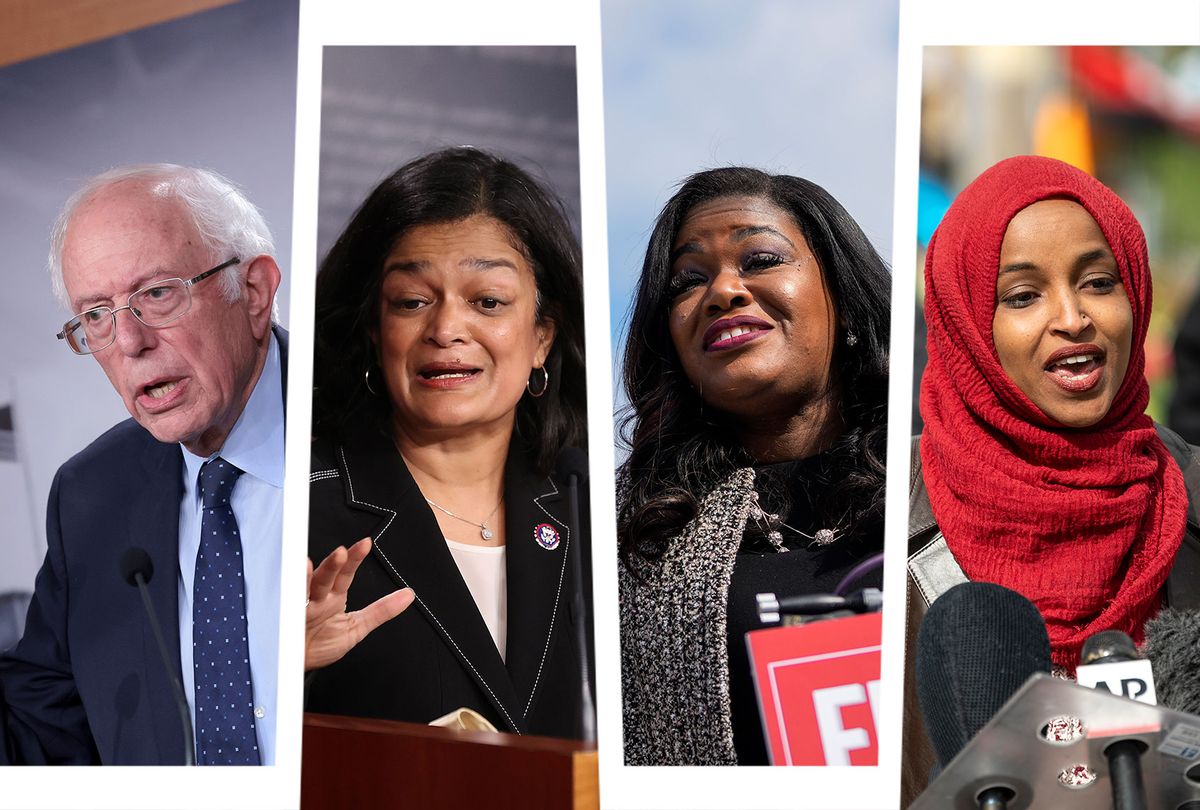 Progressives are drawing a red line in negotiations over President Biden's landmark $3.5 billion reconciliation bill, insisting that Medicare expansion must remain in the bill — and even suggesting that the intra-party Democratic stalemate won't end if the provision is removed.

As it currently stands, the provision would expand Medicare to include coverage for dental care, hearing and vision — and introducing added costs that "moderate" Democrats like Sens. Joe Manchin, D-W.Va., and Kyrsten Sinema, D-Ariz., have thus far vehemently opposed.

"My big concern right now is the 2026 deadline [for] Medicare insolvency and if no one's concerned about that, I've got people — that's a lifeline," Manchin said on Monday. "You've got to stabilize that first before you look at basically expansion. So if we're not being fiscally responsible, that's a concern."

Manchin's apparent demand to kill Medicare expansion is just his latest in a series of proposals to water down or eliminate some of the most progressive provisions in the bill. Over the past several months, Manchin has called on Democratic colleagues to remove the bill's climate action policies, introduce means-testing for the child tax credit and strip any abortion-related health care coverage from Medicaid and Medicare.

Although Manchin's stonewalling has proven successful so far, progressives in the House and Senate have signaled that any failure to expand Medicare will be a deal-breaker.

Sen. Bernie Sanders, I-Vt., a years-long proponent of Medicare for All, said on Saturday that the Medicare provision is "not coming out."

"The expansion of Medicare to cover dental, hearing and vision is supported by 84% of the public and is one of the most important provisions in Build Back Better," he tweeted. "It's what the American people want and, after waiting over 50 years, what they are going to get."

RELATED: Bernie Sanders vows to stand firm on Medicare expansion: "It's not coming out!"

"Medicare treats your eyes, teeth, and ears like they're not part of your body," echoed Rep. Cori Bush, D-Mo. "It makes no sense. The Build Back Better Act currently expands Medicare to cover vision, dental, and hearing. We need to make sure that happens. And then we need Medicare for All."

Rep. Ilhan Omar, D-Minn., added that progressive votes in the Democratic caucus needed to be "earned," not taken for granted.

"Progressives are fighting to tackle the climate crisis, expand Medicare to cover dental, vision and hearing, and guarantee family leave in America," Omar tweeted. "These are the investments major countries make in their communities and we can too."

Earlier this month, Rep. Pramila Jayapal, D-Wash., who chairs the Congressional Progressive Caucus, told Politico that the caucus has "no intention of backing down." Jayapal has argued that Medicare expansion will yield political dividends for Democrats in next year's midterms by providing near-term tangible benefits to many seniors, especially those living on fixed incomes.

According to CNN, the unresolved conflict among Democrats could lead to a compromise under which Medicare is expanded to cover hearing and vision, but not dental care. According to the Kaiser Family Foundation, roughly half of all Medicare beneficiaries, or about 24 million people, have no dental insurance.

According to Politico, the progressive-backed Medicare plan is estimated to cost $350 billion. To cover that cost, Democrats have proposed allowing Medicare to negotiate prescription drug prices individually with pharmaceutical companies. But that issue too is trapped in the Democrats' internal morass: Manchin has said he supports that proposal, but Sinema — a major recipient of Big Pharma political donations — apparently does not.

More on the Democratic battle over Build Back Better: