Steve Bannon has enough of Mike Lindell's election "fantasy," pleads with him to "be realistic" 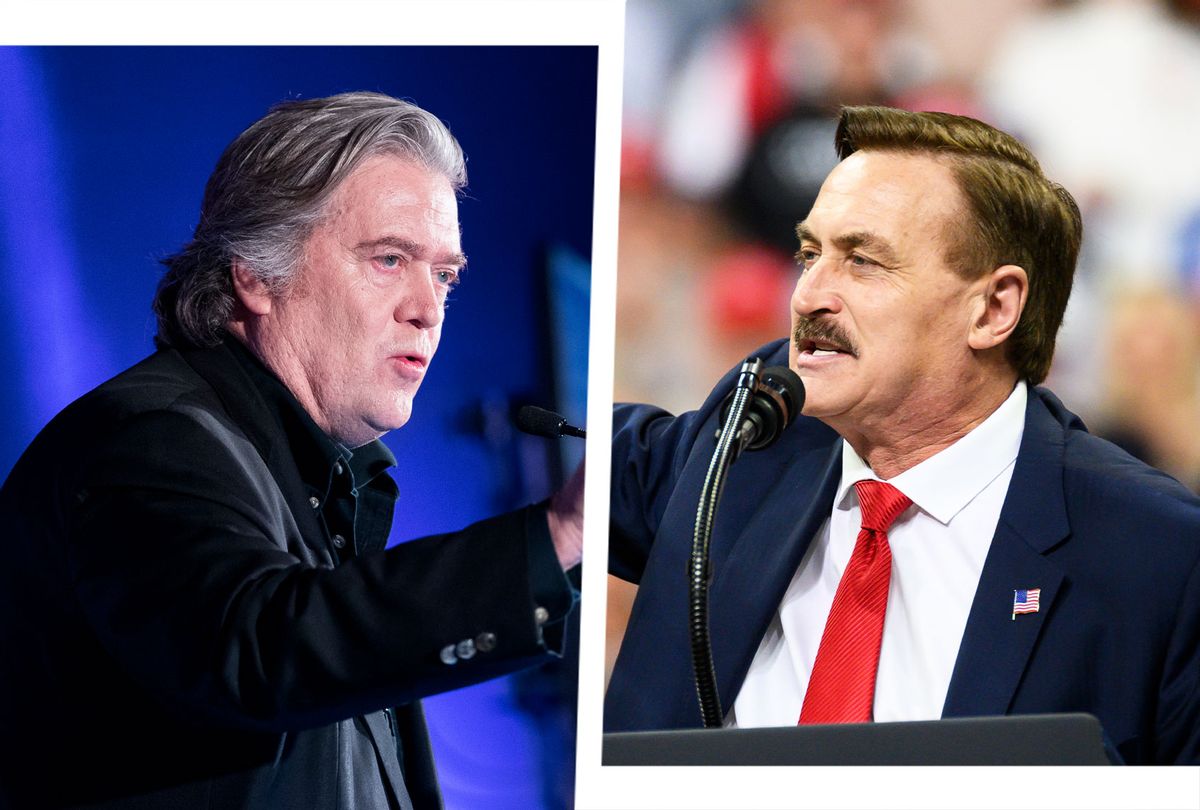 He made the comments during an interview with Lindell on "Real America's Voice" Wednesday, at one point pleading with Lindell to "be realistic."

Lindell has repeatedly pledged that a number of state attorneys general are going to file an election lawsuit with the Supreme Court by Oct. 23, and that the justices will vote 9-0 in favor of reinstalling Trump.

Bannon, however, doesn't seem so sure.

"What specifically are you asking for, and what law are you using and these attorney generals [sic] using to get standing before the Supreme Court? ... Nobody has got standing." Bannon asked. "So tell me how, Mike Lindell, on the 23rd of November at 9 a.m., how this is anything more than a fantasy?"

"I'm not an attorney," Lindell admitted, though he did claim to be in contact with plaintiffs who do have legal standing to file a lawsuit directly to the Supreme Court.

"But you're not going to get 50, let's be realistic." Bannon replied.

Likewise, throughout this week's interview Lindell refused to name the 20 attorneys general who would be willing to support the lawsuit — a tall task given the MyPillow CEO's track record of presenting bogus evidence of election fraud.

"I really believe, like I've said all along, that [the Supreme Court] will accept it and it will be a 9-0 vote for them to accept it," Lindell stated.

It remains unclear what legal justification Lindell plans to cite in order to overturn last November's election, though he said "It has something to do with our Fourth and 12th Amendment."

More from the frontlines in Mike Lindell's war on democracy: