TV dinner: 5 of our best stories about the intersection between what we eat and what we watch 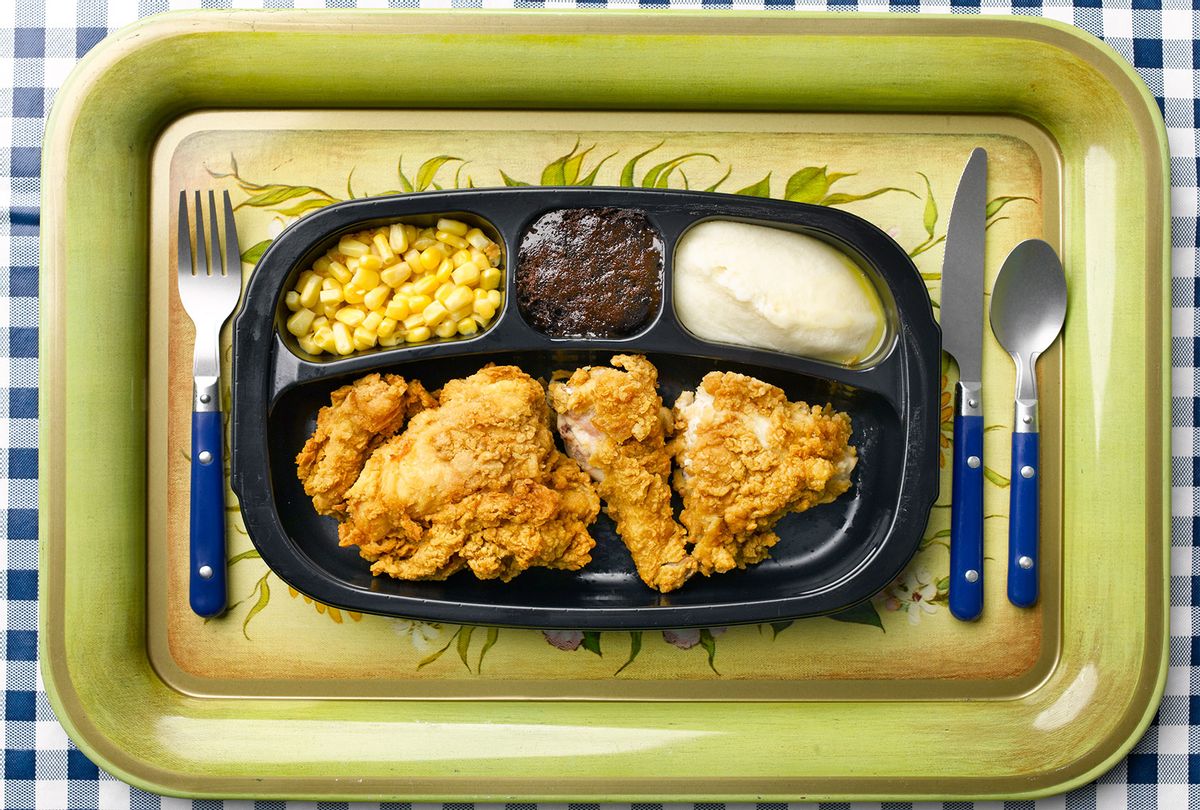 Throughout my career, I've always been fascinated by how what we consume — food, television, books, music — says so much about us. It's probably why I've worked as both a culture writer and a food writer, and why I remain unfalteringly interested in the depiction of food on television.

Through the lens of television, food can be so many things. It can be an aesthetic choice, a metaphor, a character-building device or even a character itself. The intersection between what we watch and what we eat is deeper than most people think, though it has become more obvious in recent years as the number of food television programs has skyrocketed.

Here are five of our best stories about that intersection, from investigating the culinary capacity of the "Star Trek" replicator to the enduring legacy of pop culture's meat and potatoes man.

In the world of Star Trek, would people still cook even though they have access to a replicator?

If people didn't have to cook, would they still find themselves experimenting in the kitchen? That's the question that Amanda Marcotte — as well as copious writers for the various iterations of "Star Trek" — pondered as she dove into the use of the replicator on the series.

"So long as it's programmed into their nearly-infinite memory databanks, the characters on Star Trek can have whatever food or drink they want at the push of a button," Marcotte wrote. "No one has a kitchen, and no characters need even basic kitchen skills, like toasting bread or chopping vegetables."

Should humans find themselves in a future that resembles "Star Trek," would they engage in cooking as a creative endeavor? Would they lapse into push-of-a-button meal preparation? It's fascinating to consider.

How did Chemex, the coffee-making darling of the 60s, earn a recurring spot on "Friends"?

On the very first episode of "Friends," Rachel pours Joey and Chandler coffee from a coffee brewer known as a Chemex — and from that moment on, the coffeemaker was a recurring character on the series which ran from 1994 to 2004. However, as Ashley Rodriguez writes, the Chemex wasn't a product of the 90s; it was invented in the 40s and was a standby in homes throughout the 50s and 60s.

So, how did it secure a longstanding place on Monica and Rachel's countertop? Rodriguez speaks with a barista, stylist and production designer to get to the bottom of that question.

Hoagies, Wawa and that funeral spread: The stories told by the food in "Mare of Easttown"

When "Mare of Easttown" first debuted, one of the first things people noticed — beyond the fantastic storytelling, of course — was the accent. The next thing was definitely the food. For a gray-scale show about a murder mystery that consumes an entire town, there sure is a lot of attention paid to the items on the characters' countertops and dinner plates.

Sometimes the food serves as a geographic indicator, as in the case of the hoagies. Sometimes they say something about the characters themselves, like Mare drinking Rolling Rock while everyone else grabbed Yuengling. Regardless, as I wrote, there's more to the innumerable cups of Wawa coffee than initially meets the eye.

Not just Paris: How did the "celebrity who can't cook" become food TV's fastest growing genre?

Like basically everyone amid the pandemic, it seems that Paris Hilton decided to spend more time in the kitchen. She made her culinary attempts public, initially, through a YouTube series called "Cooking with Paris" in which she made her now-infamous "Sliving Lasagna." (For the uninitiated, "sliving" is Hilton's portmanteau for "slaying" and "living.")

She provided tips like the "towel trick" — in which cooks can wipe excess salt out of a bowl using a dampened paper towel — and wearing oversized sunglasses while cutting onions to prevent running mascara. The final product looks pretty appealing, honestly, but over the course of the 15-minute video, Hilton mostly just demonstrated her lack of cooking proficiency.

Several months later, she expanded the concept to a full fledged Netflix series of the same name that leans both into camp and into Hilton's overwhelming inability to complete a meal with snags.

But Hilton isn't the only celebrity who is inexperienced in the kitchen whom the streaming gods have graced with their own cooking series.

From country music to "Kevin Can F**k Himself," the politics of pop culture's meat and potatoes man

The "meat and potatoes" man is a trope that has been woven throughout television and pop culture history — from "The Andy Griffith Show" to Tig Notaro's "One Mississippi" to the AMC hit "Kevin Can F**k Himself" It ties into the longstanding conflation of meat and masculinity, as well as cultural and societal beliefs about pretension, nostalgic Americana and what folks consider to be "real food."