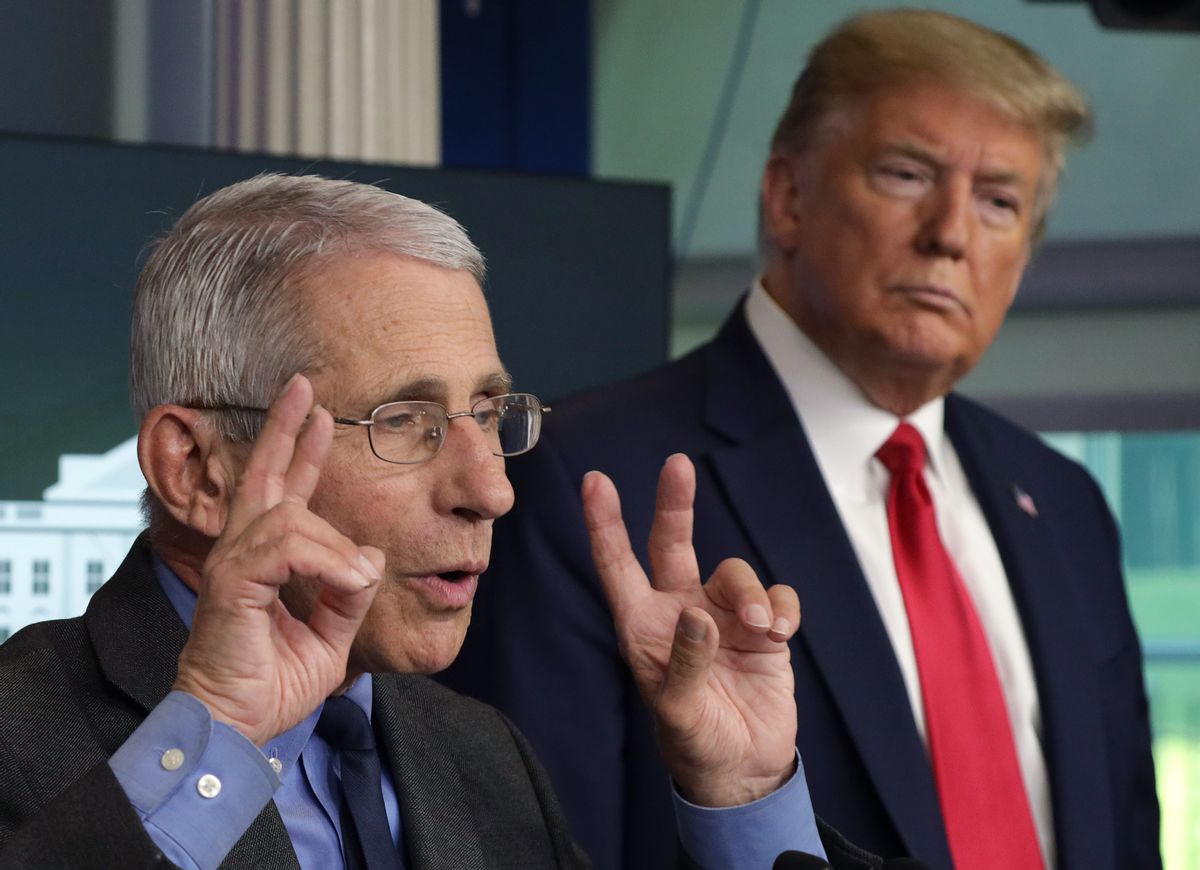 Documents released Friday reveal how in early 2020 the Trump administration downplayed the deadly danger posed by the nascent Covid-19 pandemic, silencing and sidelining top health officials who tried to warn the public and destroying evidence of political interference while issuing rosy declarations that the outbreak was "totally under control" and would soon be over.

The emails and transcripts—released by the House Select Subcommittee on the Coronavirus Crisis—show that as the U.S. Centers for Disease Control and Prevention (CDC) became aware that the highly infectious virus that causes Covid-19 was spreading rapidly, agency officials requested to hold briefings about mask guidance and other issues. Their requests were denied.

Top Trump officials also moved to block the CDC from publishing information about the pandemic and tried to alter the agency's Morbidity and Mortality Weekly Reports (MMWRs) to reflect former President Donald Trump's unrealistically optimistic Covid-19 messaging—which infamously included such claims in January and February 2020 as "we have it totally under control," that the outbreak is "going to have a very good ending," and that infections would "be down close to zero" with days.

As of Friday, there have been more than 760,000 U.S. deaths from Covid-19, according to figures from Johns Hopkins University, making it the deadliest pandemic in the nation's history.

The emails and transcripts detail how in the early days of 2020 Trump and his allies in the White House blocked media briefings and interviews with CDC officials, attempted to alter public safety guidance normally cleared by the agency, and instructed agency officials to destroy evidence that might be construed as political interference.

The documents further underscore how Trump appointees tried to undermine the work of scientists and career staff at the CDC to control the administration's messaging on the spread of the virus and the dangers of transmission and infection.

House Majority Whip James Clyburn (D-S.C.), who chairs the coronavirus subcommittee, said in a statement that "the Trump administration's use of the pandemic to advance political goals manifested itself most acutely in its efforts to manipulate and undermine CDC's scientific work," adding that the investigation "has uncovered a staggering pattern of political interference."

Peter Suwondo, a former CDC global health adviser, said the new revelations are "more evidence of how health leaders at the CDC were silenced and overruled in the early days of the pandemic."

"Top elected officials preferred to keep Americans in the dark and set policy based on political considerations, not science," he added.

In addition to interfering with the work of CDC officials, the documents show that Dr. Scott Atlas, Trump's special adviser, weakened Covid-19 testing while pushing a dubious herd immunity strategy. They also reveal Trump's anger at Dr. Nancy Messonnier—then director of the agency's National Center for Immunization and Respiratory Diseases—after she gave a February 25, 2020 press conference to warn about the outbreak's severity.

"It's not so much a question of if this will happen anymore," Messonnier said of the rapidly spreading pandemic, "but rather more a question of exactly when."

When asked about a CNN report that CDC officials felt "muzzled" by the administration's actions, Dr. Anne Schuchat, the agency's former principal deputy director, said, "That is the feeling that we had, many of us."

Friday's revelations follow reporting Thursday that ABC News correspondent Jonathan Karl's new book, Betrayal: The Final Act of the Trump Show, contains details about how the former president's reelection team ordered a stop to Covid-19 testing during a June 2020 outbreak in which infected campaign staffers and Secret Service agents spread the virus before, during, and after a rally in a Tulsa, Oklahoma arena.

Former Republican presidential candidate Herman Cain, who spoke at the Tulsa event, died of Covid-19 about a month later.

"We killed Herman Cain," a senior Trump campaign official told ABC News reporter Will Steakin, according to the new book.