Months after its Netflix debut, "Squid Game" continues to encourage US viewers to learn Korean 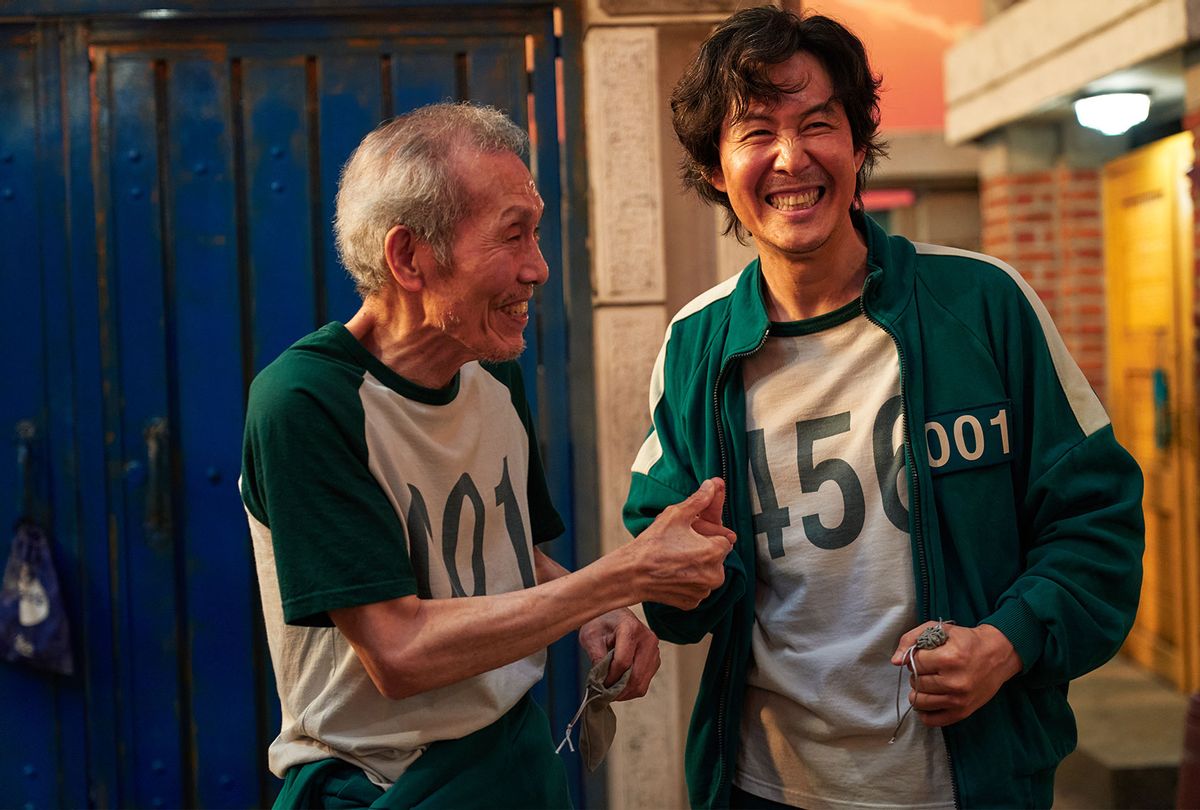 Shortly after its international debut, Netflix's hit series "Squid Game" spurred a newfound craze over honeycomb toffee and had viewers asking, "How much is 45.6 billion won?"

The show — which follows a group of indebted contestants who play a series of violent and deadly childhood games for an extravagant cash prize — also became the first non-English title to amass more than 100 million global viewers during its opening weeks.

Now — over a month later — the nine-episode survival drama is driving an enduring Korean language learning trend across the United States.

Language learning app Duolingo Inc. initially reported a 40% increase in beginner Korean language learners just 10 days after the show's premiere on Sept.17. That percentage experienced a 10% hike during the past two weeks, raising the total to a whopping 50%.

RELATED: The allure of Netflix's  brutal "Squid Game" owes a debt to our predatory upbringing

"That's for our new learners, so people who are coming to Duolingo for the first time and creating a new account with us in order to learn Korean," explained Cindy Blanco, Duolingo's senior learning scientist, in an interview with Salon.

The app also reported new growth amongst their existing learners, individuals who are already enrolled in one or more of the app's courses. Approximately 32% of these learners are now adding Korean lessons to their class itinerary.

"More current learners are trying out Korean now compared to last year," Blanco said. "And we think that's absolutely a specific link to 'Squid Game'; it's really becoming a phenomenon in pop culture."

Language learning spikes, overall, are a common spectacle at Duolingo. Global interest in specific languages is heavily influenced by major international sporting, pop culture and social events, according to Blanco. In 2014, the app noted an increase in new Portuguese learners after the FIFA World Cup in Brazil garnered widespread attention. An overall rise in new language learners was also witnessed during the onset of the pandemic, when people worldwide were relegated to the confines of their own homes. And in May of this year, Duolingo took to Twitter to share the 56% surge in Italian language learners following Måneskin's Eurovision victory.

What sets apart this "Squid Game"-fueled language spike from ones in the past is its singularity — many Duolingo students are learning Korean solely because of the show, according to Blanco. When asked why they chose to enroll in Korean classes, over 17% of learners cited "culture" as their main motivator.

"The media scene is certainly a part of culture," Blanco said. "Language learning is [a] way to learn more about the media that they're consuming . . . I think that's a testimony to the power of pop culture and media."

For 21 consecutive days, "Squid Game" maintained its No. 1 position on Netflix's platform before being overtaken by "You." Now, two months later, it's still in the Top 10 as the sixth most-watched title in the U.S.

The show's influence and acclaim — along with the successes of other popular Korean language dramas such as "My Name" and "Hometown Cha-Cha-Cha" —  underscores the continuing fascination with South Korean culture, fashion, food and music. Known as the "Korean Wave" — or hallyu — this phenomenon, which first rose to prominence in the 1990s, has established Korea's bustling entertainment industry and heightened the country as a soft power amongst Western nations.

"[Korea] is like the new France because France managed to successfully export its culture," explained cultural historian and writer Dr. Paula Lee in an interview with Salon. "The difference though is that France — at least in the age of the Enlightenment — was the center of power in the world. Korea has never had that status politically. So, it's a little bit more unusual that there are people who are interested in Korean culture simply on the basis of the strength of its cultural product."

A growing interest in the Korean language — specifically within the U.S — stemmed from the universal popularity of K-pop and K-dramas. Soon, colleges and universities began introducing more undergraduate and graduate Korean language courses.

"Between fall 2013 and fall 2016, enrollments in languages other than English fell 9.2% in colleges and universities in the United States; of the fifteen most commonly taught languages, only Japanese and Korean showed gains in enrollment," states a 2018 report published by the Modern Language Association (MLA).

"There's been a market closing of language departments — French, German, Latin — they're all going away," Lee added. "By contrast, Korean programs are over-enrolled."

In terms of ranking, Korean surpassed Ancient Greek, Biblical Hebrew, and Portuguese to take the position as the 11th most studied language in 2016. MLA data collected during the fall semester of university admissions states that from 2006 to 2009, higher learning institutions saw an 18.2% increase in Korean language enrollments. The percentage increased to 45.1% between the years of 2009 and 2013. And from 2013 to 2016, institutions recorded a 13.7% increase.

Data for the 2021 report is currently in the works. It is slated to be released in spring 2023, according to the MLA's official website.

Duolingo's "Squid Game"-driven language growth also comes in the wake of the ongoing debate over the show's subtitles. After the show's inception, viewers quickly took to social media to share the discrepancies between the English subtitles and the Korean dialogue.

"Especially for younger learners, language learning is the next step," Blanco said. "It's a way for them to kind of continue their interests and [try] to solve and understand what's happening. People are really curious, they're curious about things that they really care about."