Anti-vaccine conspiracy theorists say you can "reverse" vaccines with Borax 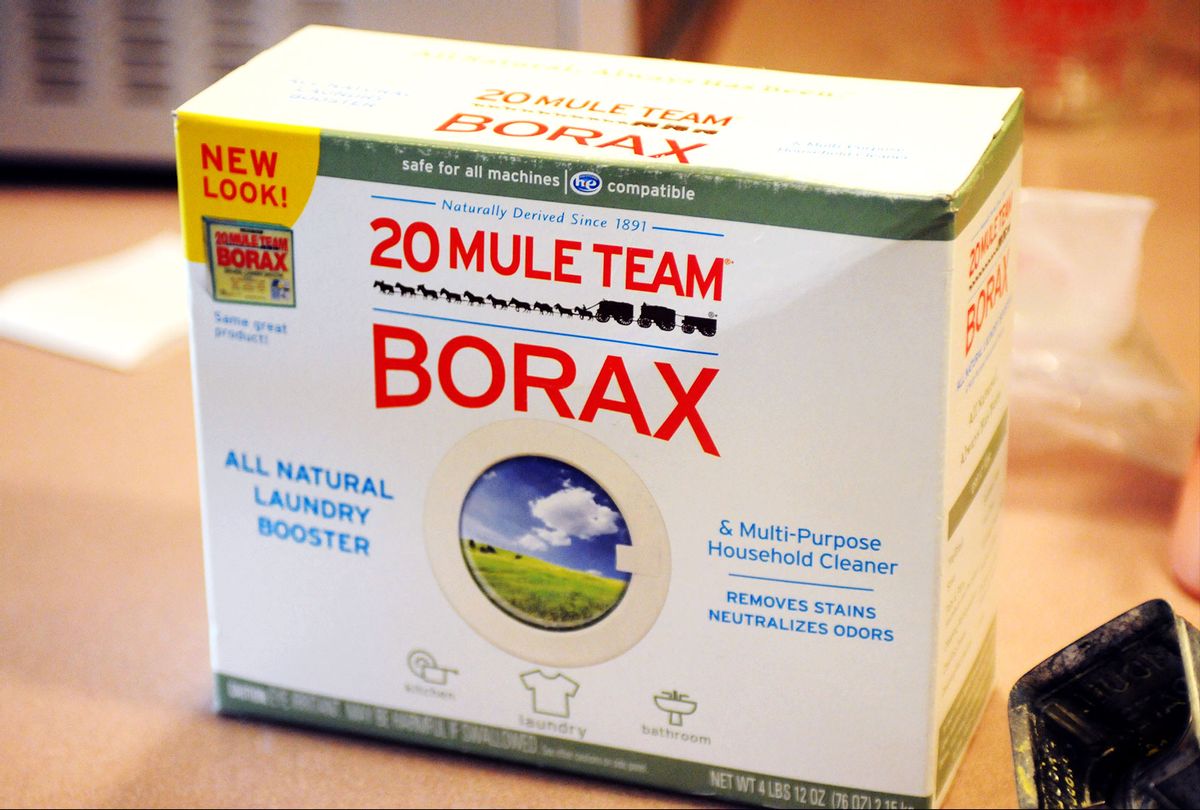 Once a vaccine is in you, there is no way to get it out.

This is the message from public health experts after a viral TikTok video circulated misinformation about how to "remove" a COVID-19 vaccine from one's body. The post's creator, osteopathic doctor Dr. Carrie Madej, claims that you can take a bath with baking soda and epsom salt to remove radiation and poisons. After that, Madej says people should add borax to rid themselves of "nanotechnologies." That last instruction is where the video goes from merely silly to downright dangerous: Borax is used to treat mold and mildew, as well as kill insects, and can be caustic and harmful to humans who are directly exposed to it.

Of course, the real question is why anyone who has been vaccinated would want to reverse their inoculation. The answer, according to a recent NBC News story covering the trend, is that many of those who were vaccinated in accordance with President Joe Biden's recent vaccine mandates or other company-specific mandates might have done so against their ideological beliefs — suggesting that at least some of those who were vaccinated in order to avoid losing their jobs or suffering other social sanctions still identify as anti-vaxxers. The Madej video, which was taken off of TikTok but has been vigorously recirculated online, caters to that milieu.

The un-scientific idea of reversing a vaccination precedes the COVID-19 pandemic. In 2017, a pair of doctors targeting an anti-vaccine audience claimed that there were viable ways of ridding one's bodies of alleged injected "toxins."

The COVID-19 era incarnation of this trend, many Reddit users pointed out, could seem like a net positive It allows the anti-vaccine contingent to maintain their pride despite being vaccinated, while protecting the rest of society from COVID-19. The problem, however, is that the suggestions for removing a vaccine — which, again, is not possible — are based in bad science and dangerous in some cases.

Bad science has an unsettling tendency to lead to hazardous consequences, as indicated by people willingly scrubbing themselves with a chemical that can lead to nausea, diarrhea, weakness, drowsiness, headaches and convulsions. Other supposed vaccine removal techniques include practices like cupping, an ancient medical method that involves creating suction on the skin; slicing up the injection site with a razor to remove the vaccine contents; trying to use syringes to "remove" an injection; and anything that can plausibly fit under the trending hashtag #vaccinedetox.

While Madej's video has been taken off of TikTok and Twitter, imitators can still be found both there and on Facebook, where Madej still has a platform. This means that the movement to reverse vaccines still poses a public health threat.

"I think it is actually a good sign that these 'how to undo your vaccine' videos are taking off,"  Dr. Angela Rasmussen, a virologist and adjunct professor at the University of Saskatchewan in Canada, told NBC News. "It suggests that a lot of those people who previously were saying 'vaccines are terrible and I will never do it' are, actually, doing it."

"This illustrates how these anti-vaccine communities are shifting and pushing these claims toward vaccinated people," Ciaran O'Connor, a disinformation researcher for the anti extremism nonprofit group the Institute for Strategic Dialogue, explained to NBC News. Because remaining unvaccinated is no longer seen as a viable option, people who still wish to buck the need to get vaccinated can embrace scientifically tenuous "undo" ideas to feel better after getting their shots.

Social media platforms continue to struggle with anti-vaccine misinformation. A report in March by the nonprofit Center for Countering Digital Hate (CCDH) found that a mere twelve individuals and organizations were somehow responsible for 65% of the anti-vaccine misinformation spreading on those websites. Likewise, anti-vaccine conspiracy theorists may also be hesitant to back down on their positions due to an innate psychological tendency many people have to not want to admit when they were wrong. The end result is a perfect storm of ingredients to culminate in a large portion of the population remaining unvaccinated despite the fact that vaccines have contained the pandemic and not had any large-scale negative side effects.

Vaccines work by training the body to recognize proteins associated with pathogens (disease-causing microorganisms) so that the immune system can learn how to both recognize and effectively fight them off. Traditional vaccine platforms would do this by injecting dead or weakened versions of the pathogen into the body. A new technology called mRNA vaccines were used to quickly develop the COVID-19 vaccines created by Pfizer and Moderna. Instead of putting a dead or weakened SARS-CoV-2 virus into the body, the vaccines enter the cells and have them create proteins which resemble those on the surface of the SARS-CoV-2 virus, which will be recognized by the immune system to fight future SARS-CoV-2 infections.