A jab or your job: Biden issues a sweeping, unprecedented executive order on public health 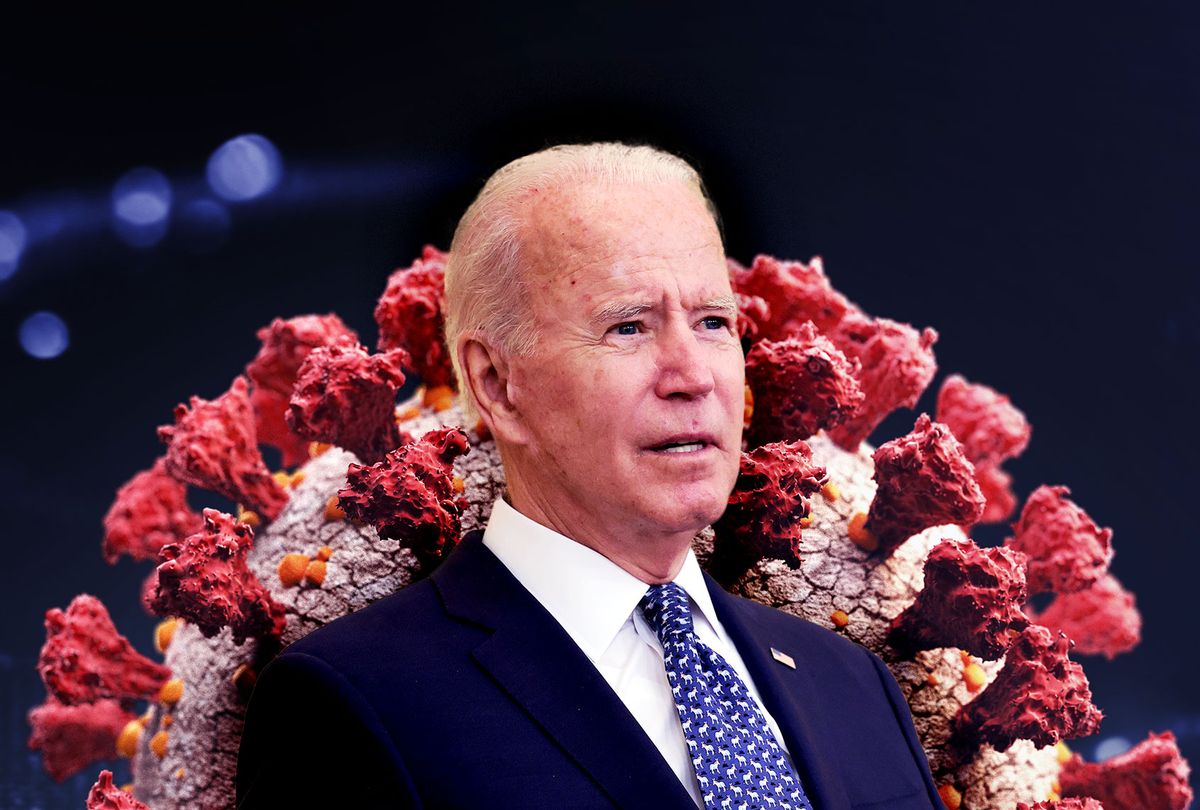 "I'm going to reflect on the recurring feeling I have of impending doom," Walensky, the director of the Centers for Disease Control and Prevention (CDC), told reporters at a press conference in March. "We have so much to look forward to. So much promise and potential of where we are and so much reason for hope. But right now I'm scared." The reason, simply put, was that Americans who did not want to get vaccinated, wear masks or abide by lockdown policies were undermining the COVID-19 recovery effort.

Nearly six months later, landmark policies will be implemented as a result of those Americans defying public health advice. In a nationally televised address on Thursday evening, President Joe Biden announced that he is signing an executive order requiring vaccination for executive branch employees and contractors who do business with the federal government. He also said he is going to require employees of health-care facilities that receive Medicare or Medicaid funding to get their shots, as well as pressure businesses to mandate vaccines for their employees. All told, roughly 100 million Americans will be directly impacted by the new policies.

Introducing his multi-point plan, Biden said that "we have the tools to combat the virus" if we simply "come together" to follow basic public health measures like wearing masks and getting vaccinated. He added that "many of us are frustrated with the nearly 80 million Americans" who have not been vaccinated even though inoculations are free and safe, referring to a "pandemic of the unvaccinated" overcrowding our hospitals.

Placing partial blame at the feet of anti-science elected officials and denouncing "pandemic politics," Biden introduced a six-point plan that includes requiring all employers with more than 100 employees to ensure workers are either vaccinated or tested weekly; forcing all federal workers and all contractors doing business with the federal government to be vaccinated; and requiring employers to provide time off for being vaccinated.

Biden is also funding programs to make sure that vaccinated Americans can receive timely booster shots; doubling the fines on airline and other public transportation travelers who refuse to wear masks; supporting the Food and Drug Administration (FDA) as it evaluates a vaccine for people under twelve; providing more support for small businesses harmed by the COVID-19 pandemic; and requiring educators in the Head Start program to be vaccinated.

The president took aim at governors who have tried to pressure local districts into not implementing public health measures — quipping "talk about bullying in schools" — and said that the Department of Education is already taking legal action against states that undermine those protections and vowed to forcibly restore pay that is withheld from teachers for following science.

He urged parents to get their teenagers vaccinated, school administrators to mandate masking and vaccinations, and large entertainment venues to require proof of vaccination or testing before people can enter. Biden focused his rhetorical energy on the willfully unvaccinated, however, asking them "What more is there to wait for?" and warning that while the vaccinated are patient, "our patience is wearing thin."

Because so many Americans refuse to get vaccinated (interestingly, Republican men are most likely to be against COVID-19 vaccinations), it has been impossible for a sufficiently large percentage of the population to be inoculated, and thus for herd immunity to be achieved. Not only has this made it harder to combat COVID-19, but it has given the SARS-CoV-2 virus more time to mutate. One of those mutant strains, the delta variant, is more transmissible than the original strain and may even cause more severe illnesses in unvaccinated people. It is the predominant COVID-19 variant in the United States and is particularly harmful to the unvaccinated. While breakthrough cases have been reported, they tend to be less serious than those among the unvaccinated, and the carriers appear to be infectious for a shorter period of time.

As the delta variant has overtaken the country, critics have argued for vaccine and mask mandates that will prevent future lockdowns and protect innocent people (particularly those who are unvaccinated due to lack of access or legitimate fears about racism, rather than because of right-wing ideology). As Salon's Amanda Marcotte wrote last month, Biden could mandate vaccinations for anyone who uses trains and airplanes; local leaders can require vaccines in public places; and schools and businesses can prohibit unvaccinated people from being employed there and/or attending as students. (Recent data reveals that the number of COVID-19 hospitalizations for people under 18 has quintupled since June.)

Although many conservatives are expected to complain about Biden's new policies, they are not as sweeping as many historic uses of presidential power.

"This is not the most significant of executive orders," Allan Lichtman, a political scientist at American University, wrote to Salon regarding Biden's decision that all federal employees must be vaccinated. "There is Lincoln's Emancipation Proclamation and his suspension of habeas corpus. There are FDR's orders on private gold holdings, the establishment of the Works Progress Administration, and the internment of the Japanese. There is Reagan's executive order on federal regulations. There are Trump's many orders that rewrote environmental and immigration policy."

He added, "This, however, will be the most significant executive order on public health."

In addition to expanding vaccination in the United States, Biden also promised to address global vaccine inequity through steps he will announce later in the month.