The dirty dozen: A tiny group of anti-vaxxers are flooding the internet with misinformation 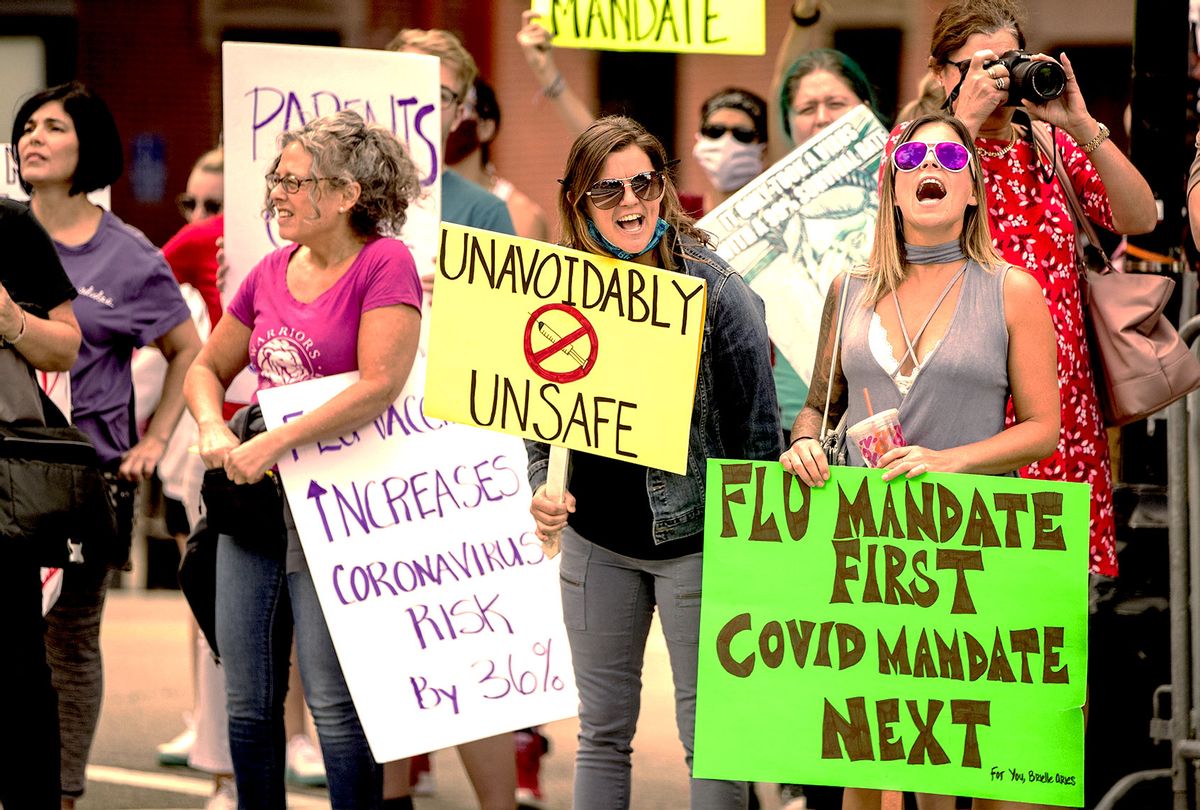 Despite the public health awareness–raising effect of the pandemic, anti-vaccine and vaccine-hesitant sentiments still run rampant in the United States. A recent PBS NewsHour/NPR/Marist poll found that 30 percent of those surveyed in March 2021 told pollsters that, if offered the COVID-19 vaccine, they would not take it.

The huge number of vaccine-hesitant Americans might give the impression that anti-vaccination propaganda is rampant. Yet it turns out that a select few very loud voices are responsible for a great deal of online misinformation regarding vaccines. Their disproportionate ability to spread disinformation should give social media platforms pause.

Indeed, according to the nonprofit Center for Countering Digital Hate (CCDH), a mere dozen individuals and their organizations are responsible for up to 65% of the anti-vaccine misinformation that is spreading on social media platforms.

In their recent report, the CCDH revealed that these twelve people and their groups have disseminated nearly two-thirds of the anti-vaccine misinformation they have been tracing on Facebook and Twitter between Feb. 1 and March 16 of this year. Overall the CCDH found that the information they had been tracing was shared or posted on one of those platforms roughly 812,000 times, even though their inaccurate statements about vaccines violate those companies' terms of service. The most famous of the so-called "Disinformation Dozen" is Robert F. Kennedy, Jr., nephew of President John F. Kennedy. The CCDH also found a number of prominent anti-vaccine advocates and proponents of alternative medicine.

One of them, Rizza Islam, has argued that Bill Gates is behind the COVID-19 pandemic, claimed he "beat" the disease through a special diet, and repeated the debunked claim that vaccines cause autism. (Although his Facebook account has been removed, he remains active on Twitter and the Facebook-owned Instagram.) Anti-vaccine entrepreneurs Ty and Charlene Bollinger have used their Facebook, Twitter and Instagram accounts (all of which remain active) to denounce the "fake pandemic" and spread an inaccurate story claiming that a COVID-19 vaccine had killed seven children in Senegal. They have also established ties with the far right, repeating the disproved talking point that Joe Biden stole the 2020 election from Donald Trump. Another anti-vaccine entrepreneur, Joseph Mercola, has referred to the pandemic as a "scam" and argued that "hydrogen peroxide treatment" can successfully treat most viral respiratory illnesses, including the coronavirus.

"The Disinformation Dozen — including Robert F. Kennedy Jr., Joseph Mercola, and Ty and Charlene Bollinger, among others — continually violate the terms of service agreements on Facebook and Twitter," the CCDH explains in the summary of their report. "While some anti-vaxxers identified by CCDH have been removed from a single platform, comprehensive action has yet to be taken, and most remain active on Facebook, Instagram and Twitter."

In addition to political and cultural motives, anti-vaxxers are often driven by a mistrust of statistics and experts who they do not personally know, especially if they come from institutions that they have been trained to distrust. Instead they are more inclined to believe the opinions of people they personally know and stories that they have heard, regardless of whether those sources are reliable, according to a recent book by Jonathan Berman, a professor at the New York Institute of Technology's College of Osteopathic Medicine.