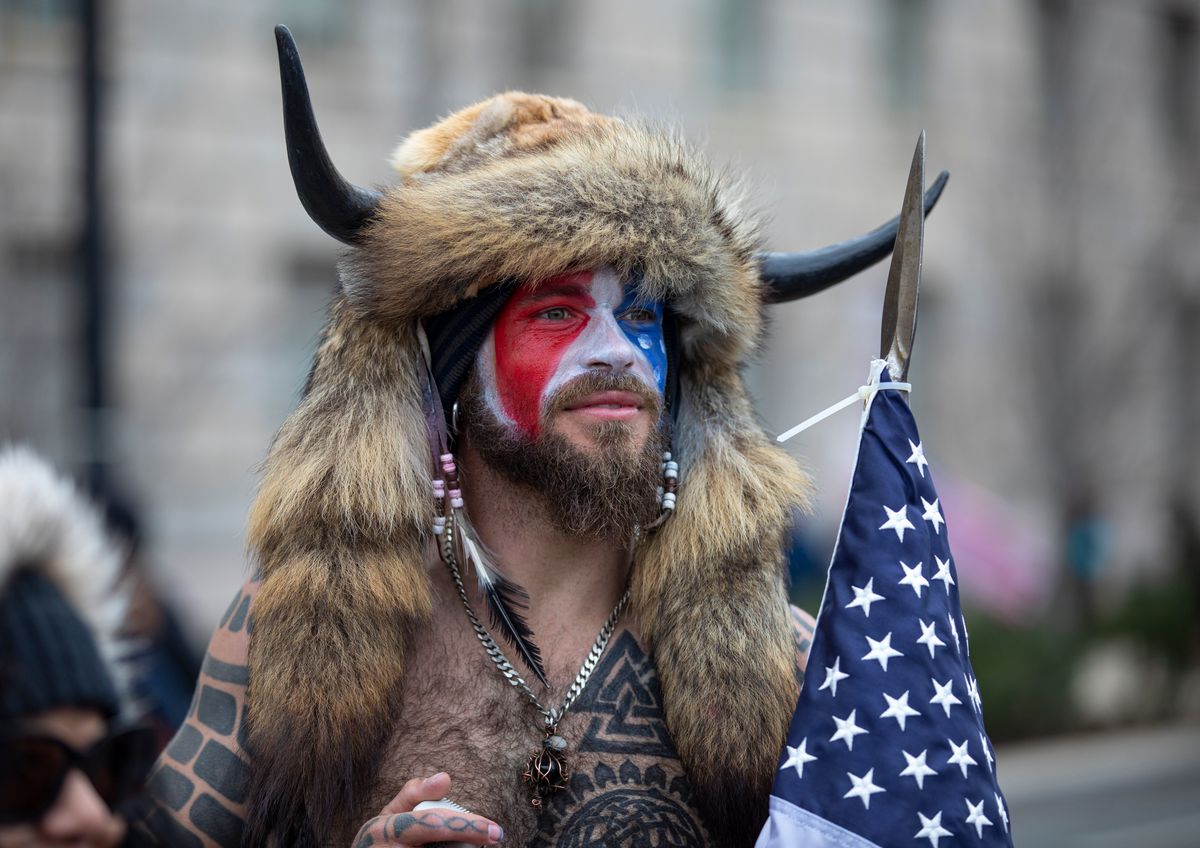 Jacob Chansley, the Arizona man best known as the shirtless, headdress-wearing "QAnon Shaman" who raided the U.S. Capitol building on Jan. 6, was sentenced to more than three years in prison Wednesday.

During a hearing on the matter, U.S. District Court Judge Royce C. Lamberth dressed down Chansley's actions as "horrific," saying, "What you did was terrible. You made yourself the epitome of the riot."

He pleaded guilty in September to a single count of felony obstruction of an official proceeding. Prosecutors described him as "the public face of the Capitol riot."

Meanwhile, lawyers for Chansley argued that while his behavior was "indefensible", he was not a violent criminal. While speaking to the court, he said "I am not a violent man or a white supremacist. I am truly repentant."

Chansley's team also argued that he is on the autism spectrum and suffers from a personality disorder, which defense lawyer Albert Watkins said contributed to a diminished decision-making ability. Advocates for those affected by autism have blasted Chansley's use of the disorder as an excuse for his actions as offensive.

During the hearing, Chansley's incendiary social media activity was discussed. In the months leading up to the Jan. 6 insurrection, Assistant U.S. Attorney Kimberly Paschall said that Chansley posted "vitriolic messages on social media, encouraging his thousands of followers to expose corrupt politicians, to ID the traitors in the government, to halt their agenda, to stop the seal, and end the deep state."

"That was a call to battle," Paschall said, adding that Chansley also posted numerous times in support of the far-right QAnon conspiracy theory.

RELATED: Now the "QAnon Shaman" wants to use autism as an excuse. Hell no

Prosecutors argued that Chansley, who was one of the first rioters to enter the Capitol, "used a bullhorn to rile up the crowd and demand that lawmakers be brought out." In January, Chansley asked then-President Trump to pardon him before he left office — though his pleas went unanswered.

Over 650 people have now been charged in association with the Jan 6. riot.

Another Capitol rioter, Jenna Ryan, recently said in an interview that she was watching Youtube videos to prepare for her jail time — though she stopped short of saying she was sorry for her actions that day, calling remorse a "thought crime."